In this exercise we work on a 4 v 3 defensive situation with a possibility to counter attack for the defense. This game could be used as a progression of last week's exercise.

The defenders have three small goals to defend while the attackers will have a large goal and goalkeeper to defend if they lose the ball. 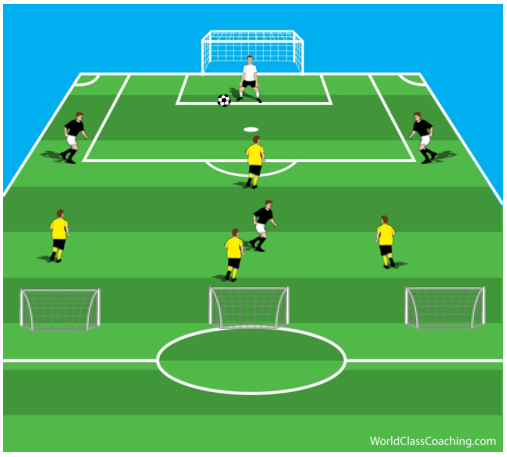 The exercise starts with the goalkeeper. Two attackers start positioned wide open, creating width, while the third attacker will stand anywhere on the attacking half, creating the depth.

The defenders can start anywhere they want but they can only try to win the ball after the first attacker receives it from the Goalkeeper. 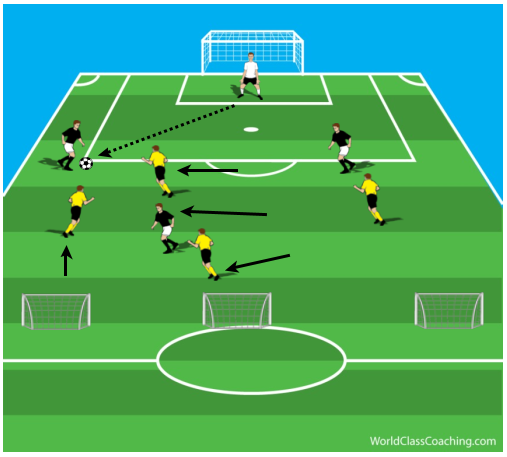 The attackers try to create a 2 v 1 offensive situation against the defense. 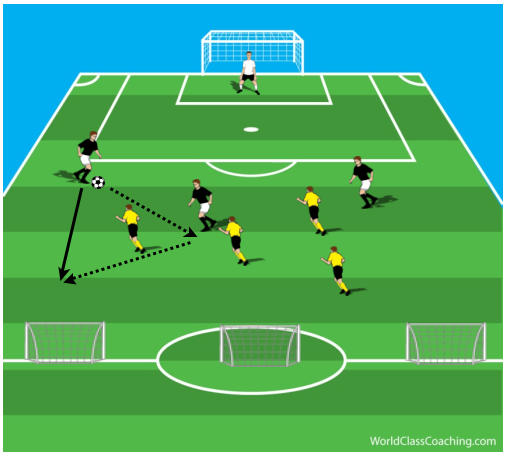 If the defense intercept the ball they will have the chance to counter attack in any small soccer goal they want. 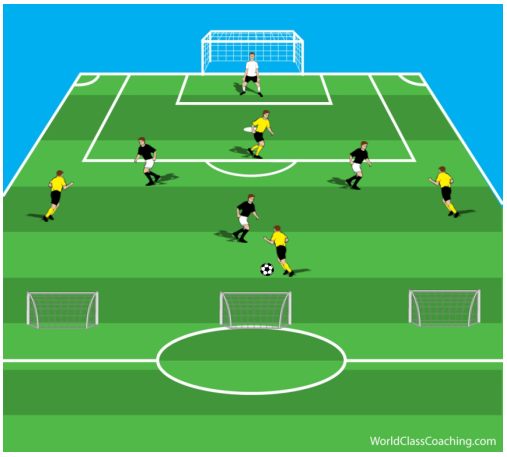 If the Defenders intercept the ball they will have the chance to counter attack in any one of the small soccer goals.