The following activity is a short intensive 1 vs. 1 transition exercise intended to train the players explosive and soccer specific muscle strength. The specific fitness target is intermittent endurance while adapting the player’s anaerobic capacity in a small sided group format.

Additionally, it is beneficial to train a soccer team and its players with all the elements of the game being present in the session. By doing so, it will promote soccer specific adaptations to the player’s body, mind and emotional triad. Ultimately, these adjustments will enhance their real-time game performances on a physical, emotional, conscious, and subconscious mental level. 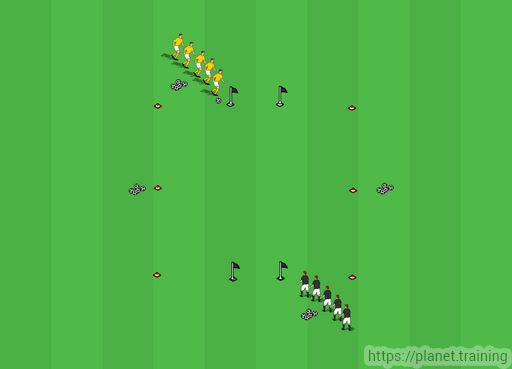 • The defending player passes the ball to the attacker. 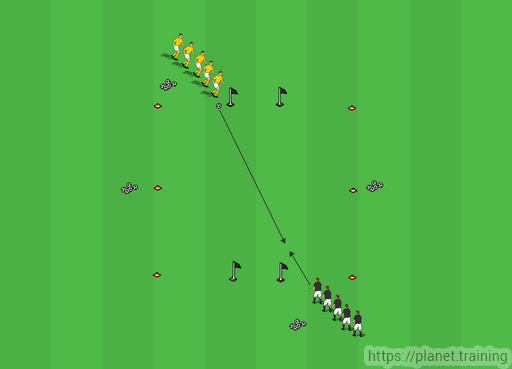 • Attacking player receives the ball to attack in a 1 vs. 1 format to goal. 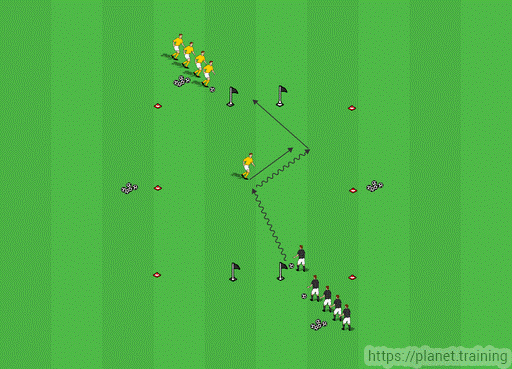 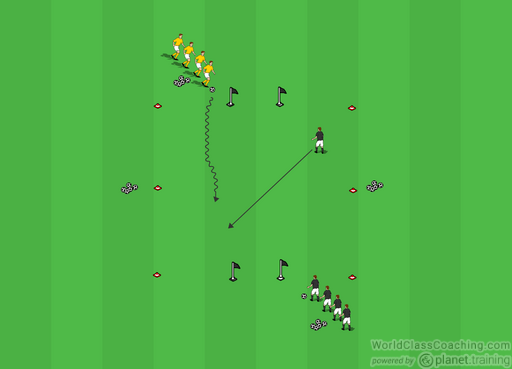 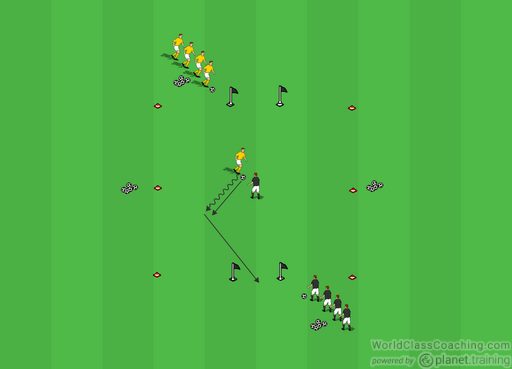 Coaching Points:
 After passing the ball, an intense defensive run needs to be performed to encounter the attacking player.
 The attacking player should receive the ball with the outside of the receiving foot and commit the defender to go one way.
 This would create space on the opposite end in order to expose on a dribble to score.
 During the transition, quick reaction time needs to happen to perform both the attacking start and the defensive transition.

#261 The Role of the Assistant Coach