Warm-Up for Mind and Body

A warm-up is intended to be a wake-up exercise for the mind as well. We need to prepare our goalkeepers to be able to focus on a specific task with many different stimulants around them. This warm-up exercise will incorporate functional agility movements with handling and playing with the feet.

The exercise is set up as below. I generally look to do all footwork at least off to the side of the goal for two reasons: 1) preserve the integrity of the ground inside of the goal area, and 2) when doing work with our feet, I ask our goalkeepers to try and avoid taking touches inside of the frame of the goal, so some subliminal messaging as to where they should be using their feet. 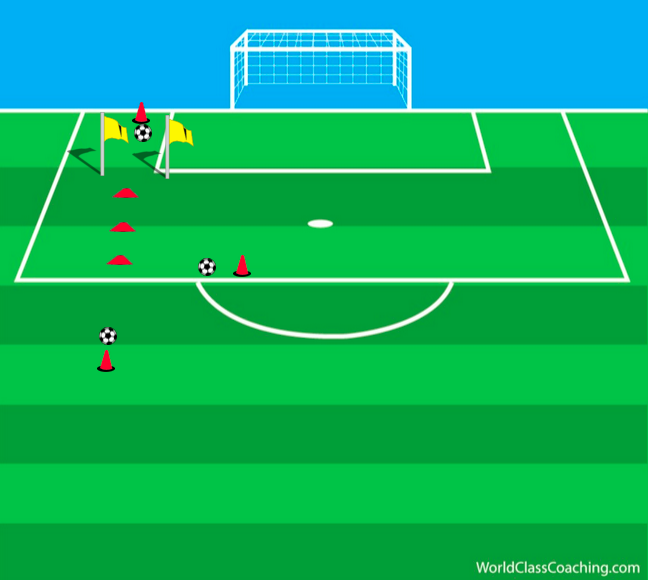 The Exercise is to start with handling from in front of the gate made with poles/flags/or other cones. Each repetition begins with three catches.

This portion of the exercise is demonstrated below. I reversed the diagram to show the catch first. 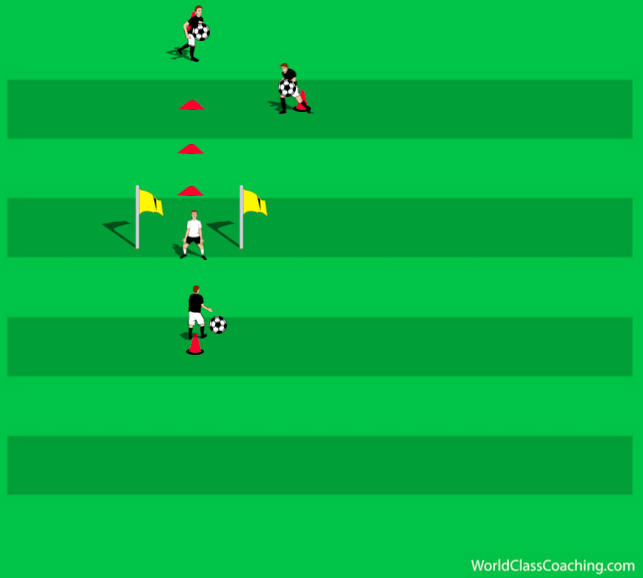 The goalkeeper will then turn and go through the gate to perform footwork in the cones behind him. Potential options: 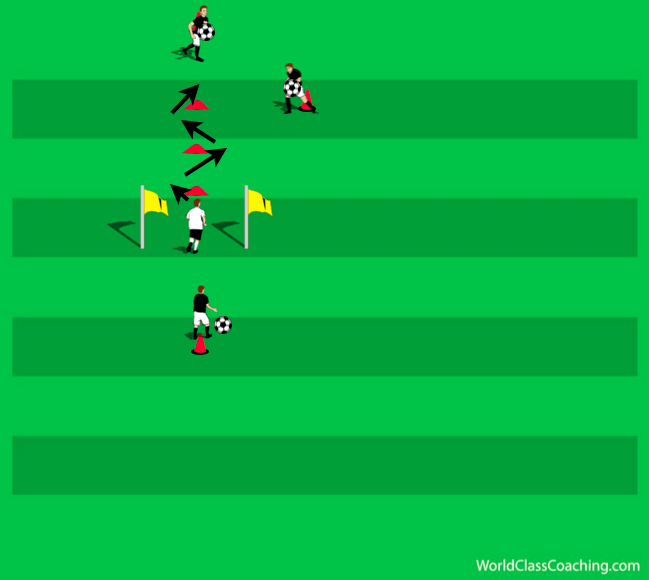 Lastly once the goalkeeper gets to the end of the footwork they will take a service from both players. I like to use this to give them an opportunity to learn different touches. So I ask them to face the player at the end at all times. They can do this:

Some potential touches are: 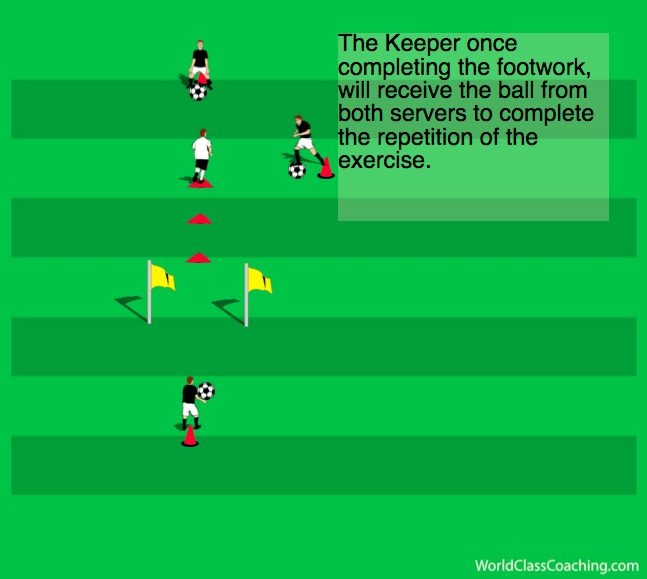