This simple practice is easy to organise and can be suitable for a variety of age groups and ability levels. It contains a lot of technical work focused on turning as well as incorporates an element of finishing. Physically, it develops power to change direction, accelerate and exploit space in front of the goal to finish as well as focuses on agility and coordination. It is highly demanding but at the same time competitive and engaging.

Set up two 3 x 3 yard boxes, 5 yards from each other, 15 yards from the goal. Organise four high cones as shown on the diagram below to distinguish middle area between two boxes. Divide the group into attackers and defenders). Place the goalkeeper in goal. 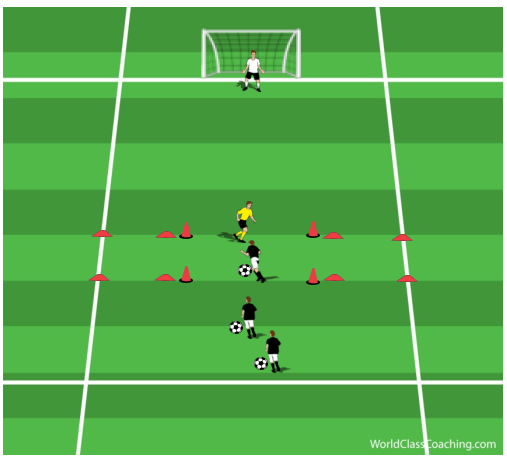 The player on the ball tries to ‘lose’ the defender by dribbling sideways and get into one of the boxes before the defender gets there. Attacker can change direction as many times as he wants but the attack should last up to 6 seconds. 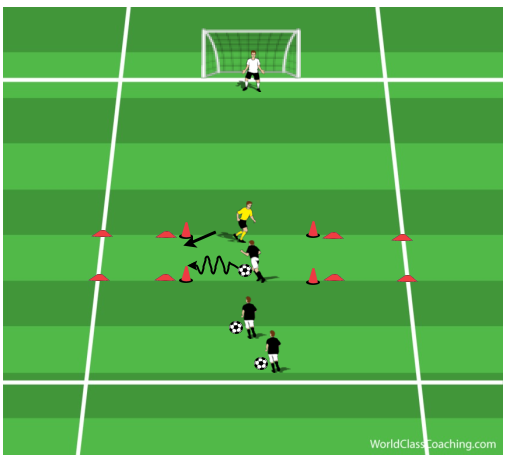 That will force the attacker to make feint moves and turn with maximal intensity. The attacker can also use quick change of pace to freeze and delay the defender before he dribbles into one of the squares. 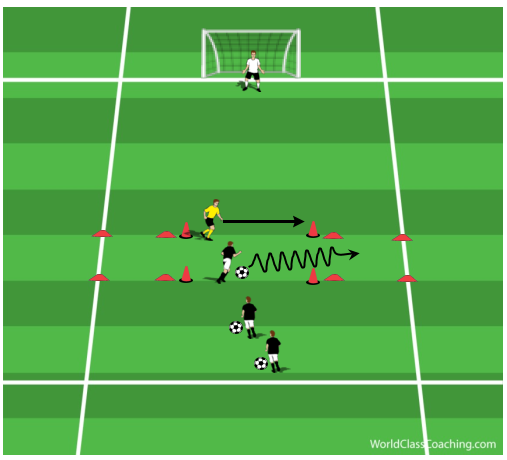 As soon as the attacker gets into the box, he should immediately accelerate forwards and try to finish in goal. The role of the defender is to stop the attacker from scoring and dribble into one of the two boxes to get a point. 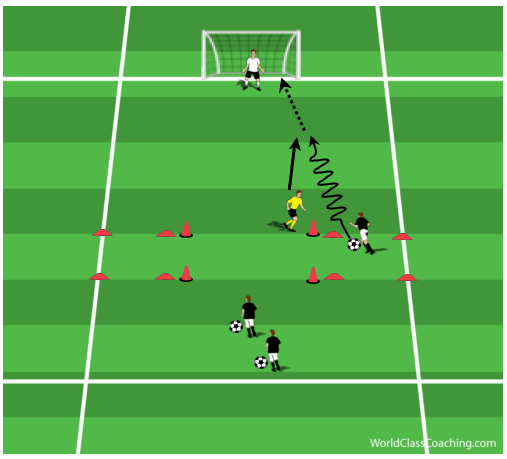 Each player should repeat the practice 4-6 times in 1-2 series. The rest period between repetitions should last 1 minute and between series – 4 minutes.