The following practice is focused on improving capacity of the aerobic energy system. This will help players to sustain the quantity of their actions throughout the whole game. In other words, players will be more likely to make a sprint or win 1v1 duel even towards the end of the match. The practice has also technical outcomes. It focuses on passing quality, combinations in small groups but most importantly, on the timing of the movement to receive. This will help players to get into pockets of space and receive the ball at the right time, with no opposition players around them.

Organise a square of approximately 30 x 30 yards. Within this square, set up three smaller squares of 5 x 5 yards. Divide the group into three teams of three players (numbers can be adjusted). Every member of the team needs to have a number from 1-3. Every group needs one ball. Prepare a sufficient supply of balls to ensure flow and intensity of the exercise. 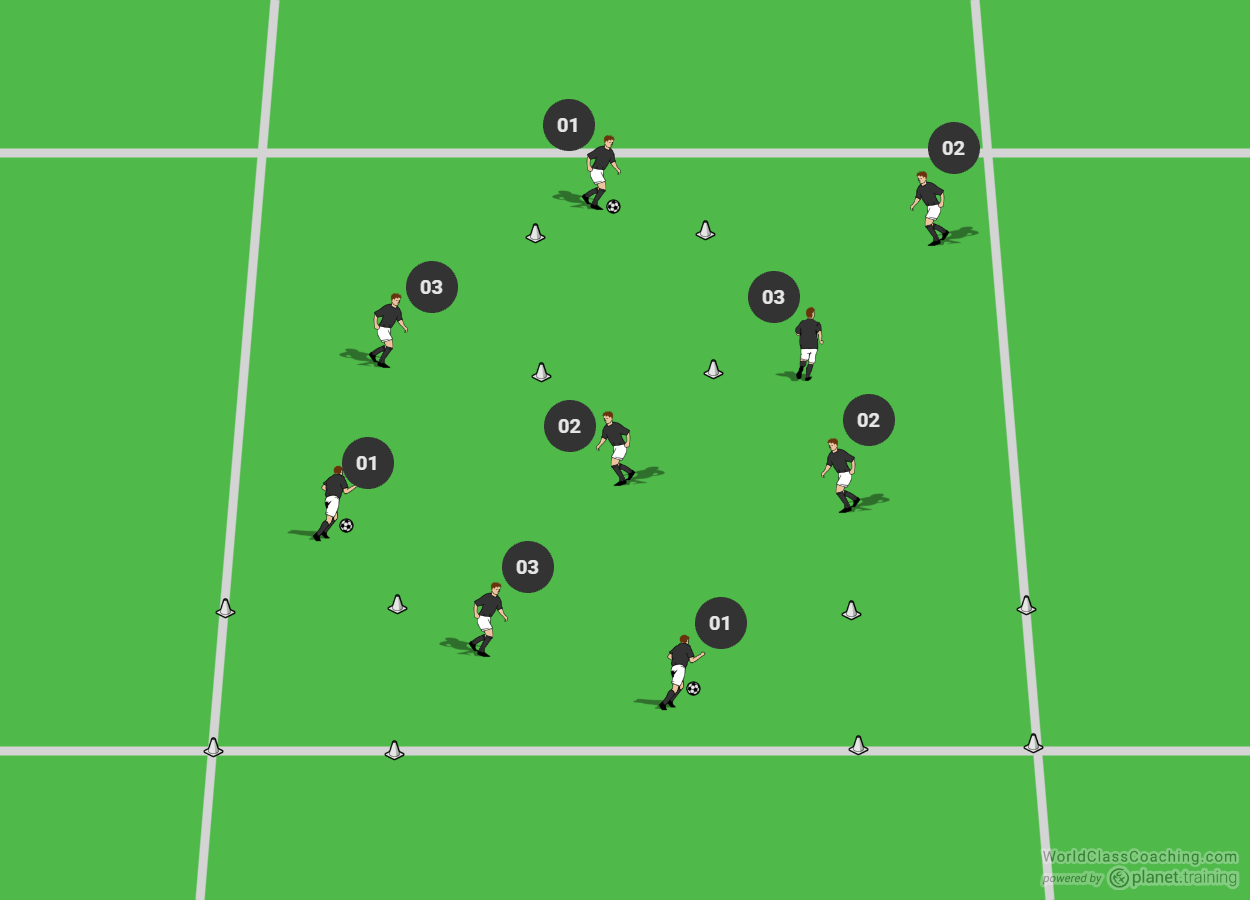 The practice starts with player number 1 passing the ball to number 2. The ball is then passed in a sequence 1-2-3-1. The emphasis is on movement off the ball and quality of pass. Players are not allowed to go into small boxes apart from number 3 (this can be any designated player, make sure you swap the roles). 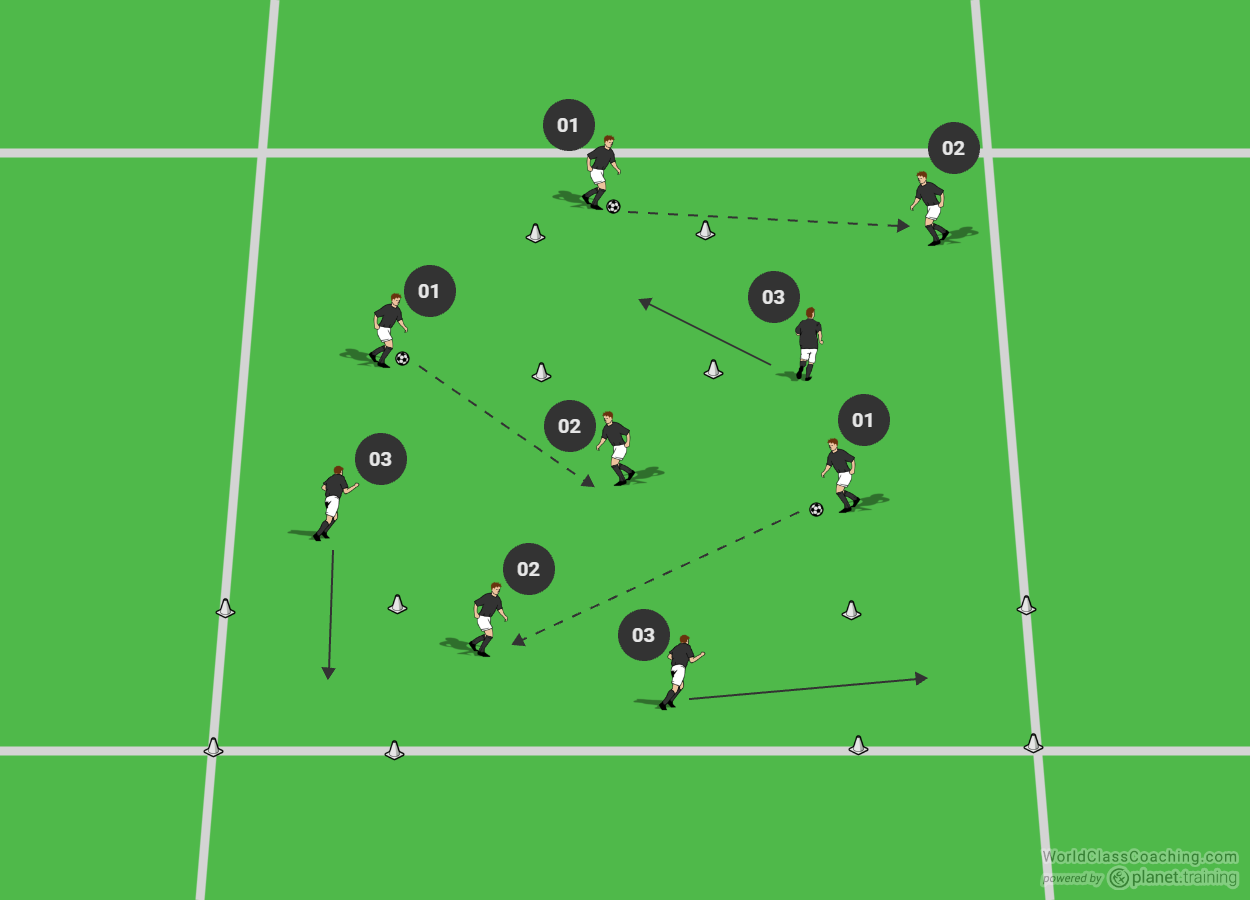 One of the challenges that might be used to increase the movement off the ball is a rule where a player after passing the ball has to change the small square he is in (one of the four). Players can play the ball directly into the target player or combine together. 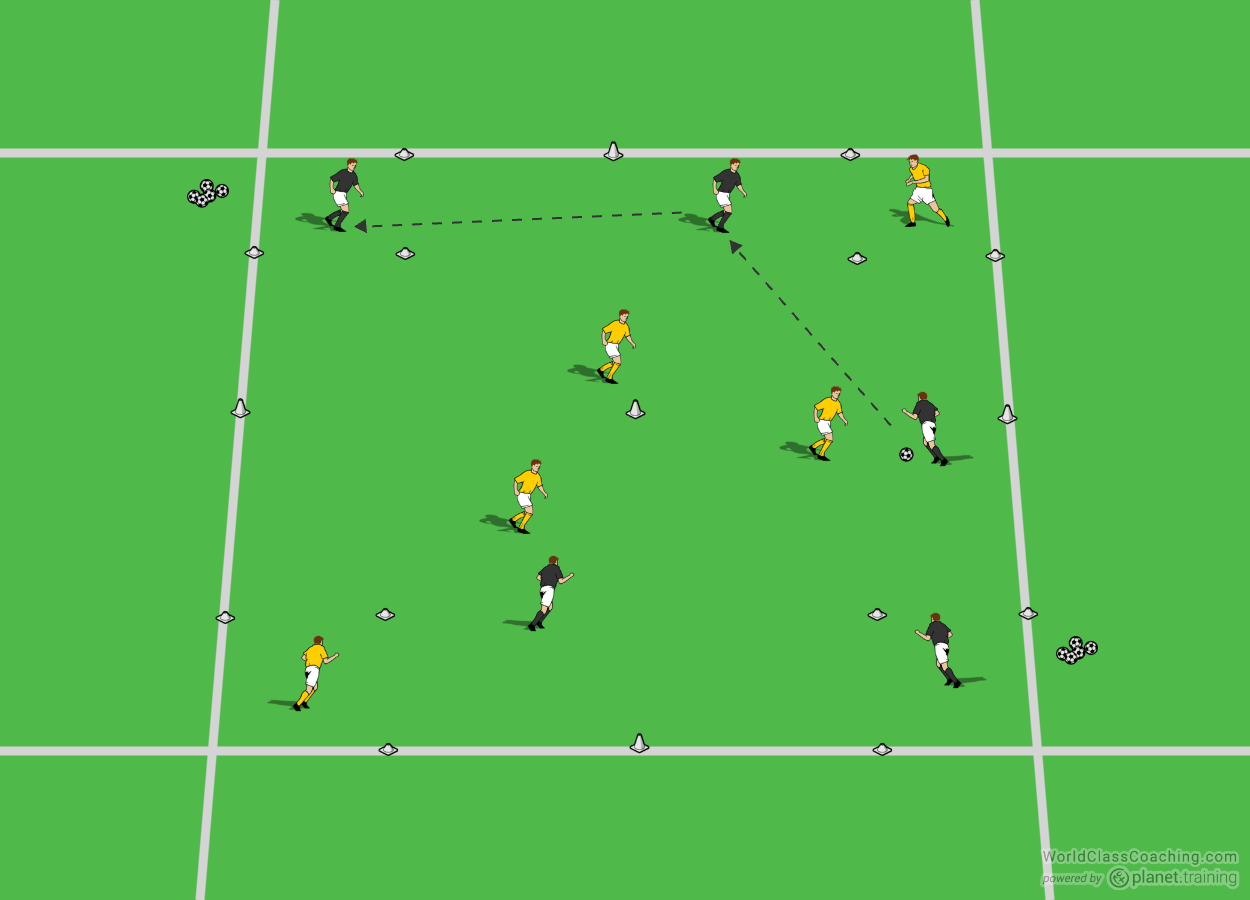 As soon as the ball is about to be passed to number 3, he needs to make a movement into one of the squares to receive it. This player is only allowed to receive the ball once in the square. He needs to change the square every time he receives the ball. 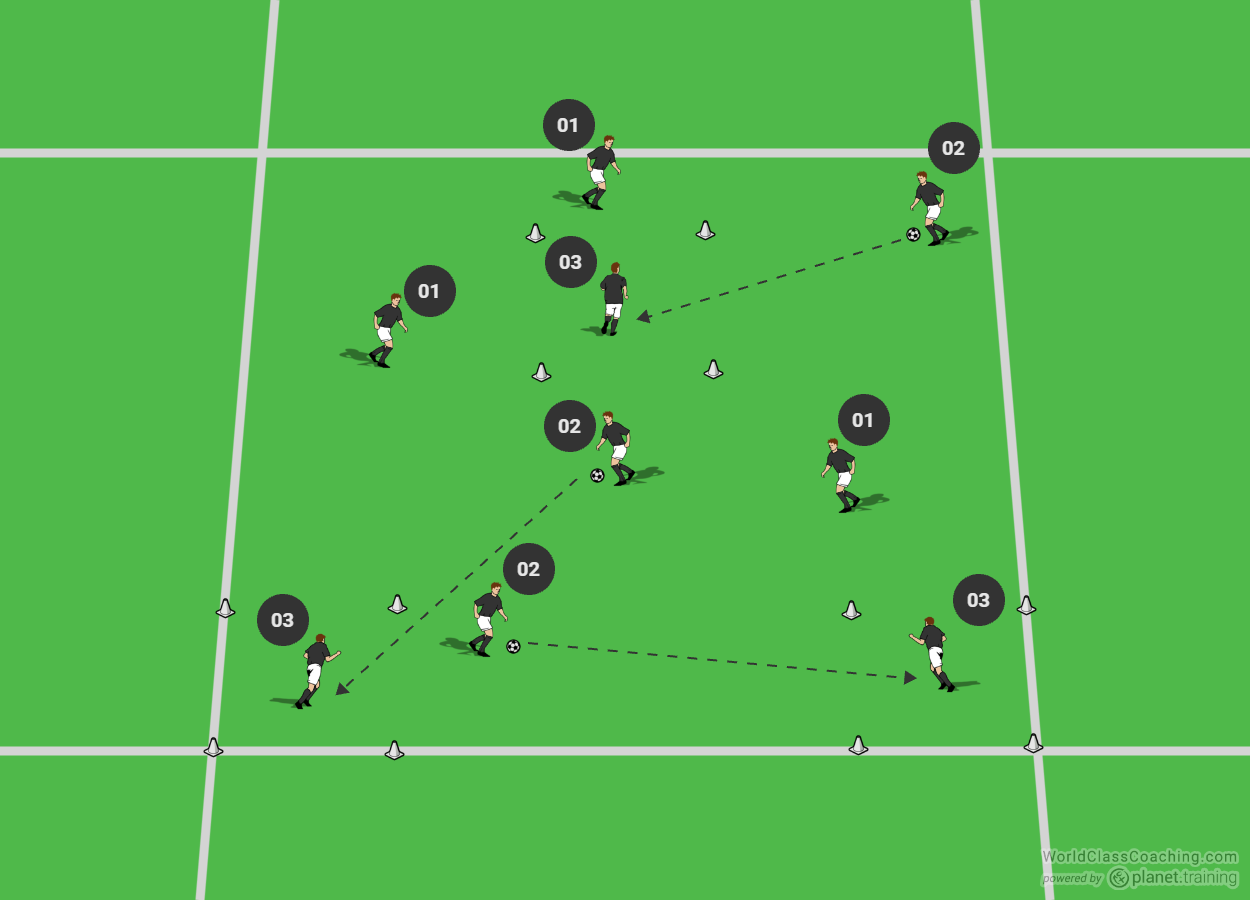 After the ball is passed out back to number 1, the sequence starts again. Player that is allowed to go into the small square to receive needs to be changed after set amount of time. 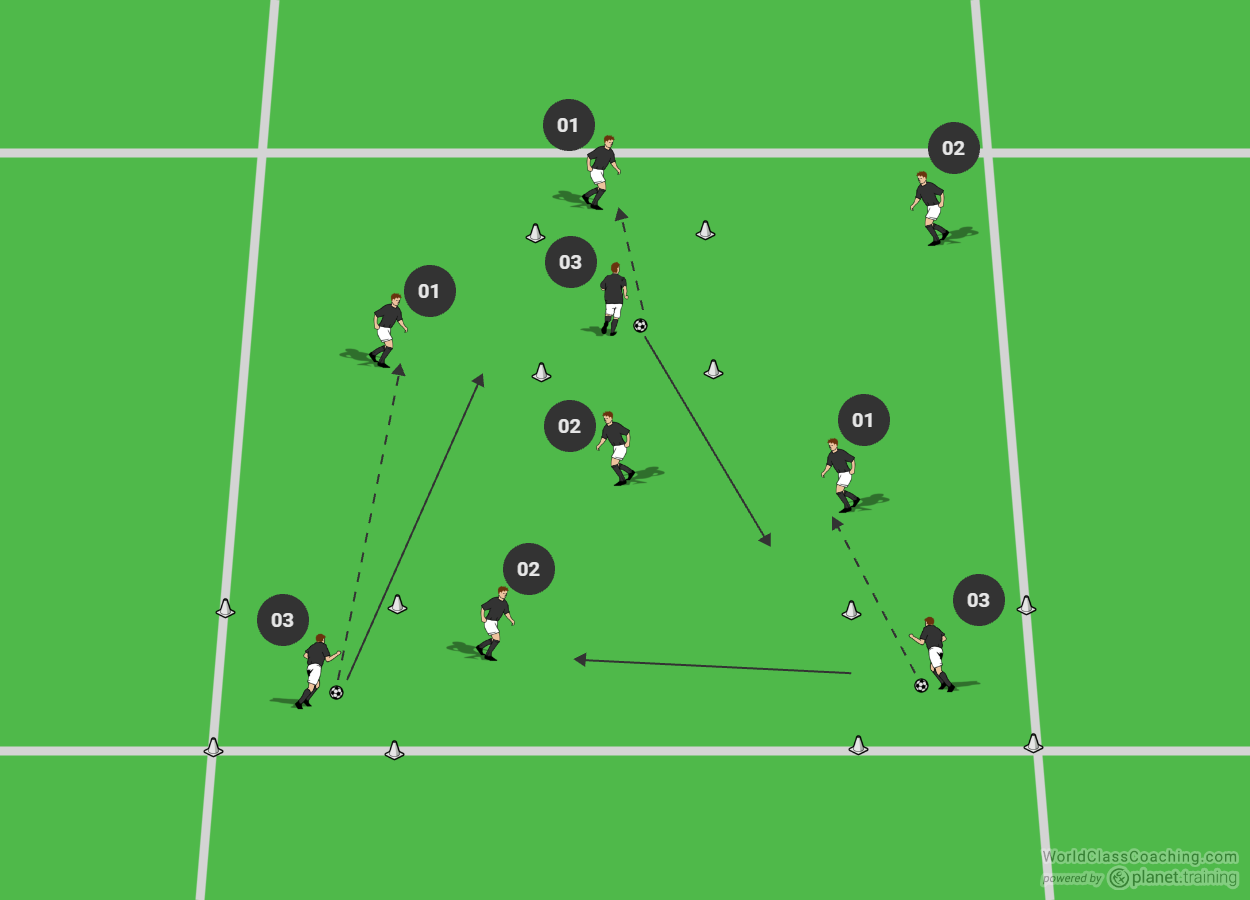 The practice should be played for 4-8 minutes and repeated 4-6 times with 2 minute breaks in between.