Timing and Angle of Runs

When we have small groups as coaches putting on meaningful, game realistic sessions is a difficult task. However sometimes having smaller numbers can actually be more beneficial because there is more repetition of the fundamentals of the scenario you want to teach. Today I focus on the runs players can make behind a defense and specifically the timing and angle of them.
Getting behind a defense is an important part of breaking down the other team and creating scoring opportunities. Against organized defenses it can be very difficult but the right run at the right time with the right ball can unlock even the best defenses.

Have an area of 25 yards wide and 20 yards deep as width is more important than depth in this game. The black line in the diagrams indicates the offside line. The two sets of cones indicate rough guidelines of where players should run from. The team in possession is trying to score in the goal and can only score via a pass into this zone and a run from a teammate. 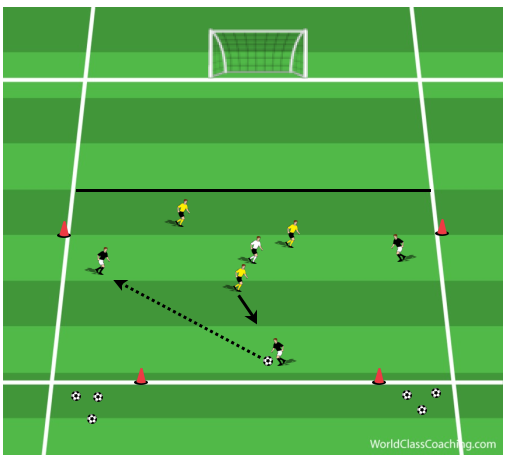 The team in possession should look to create a large, point down triangle with one player at the bottom and two wide. The neutral stays in the middle and looks to stay in between the defending team. The 2 cones at the bottom of the area are for players to be wider than to start their run into the next area. Players do not have to be wider than then when just maintaining possession, but it can help. 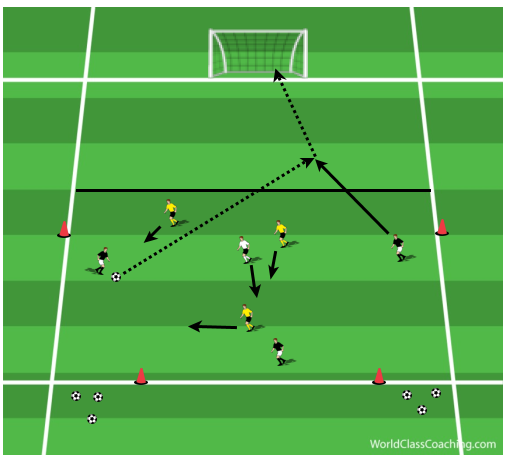 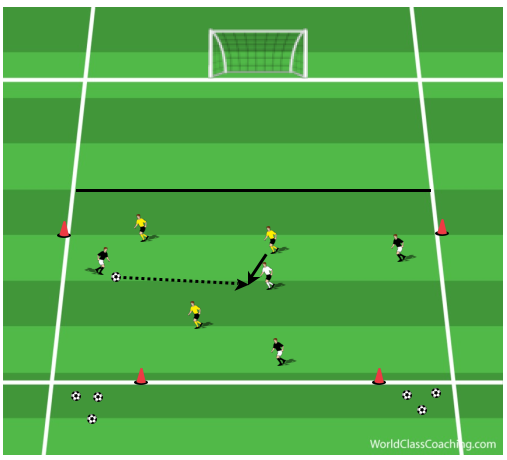 If the defending team wins possession, in order to reset, one player must receive the ball behind the bottom line and then attack the goal. They can either pass or dibble into the first area. 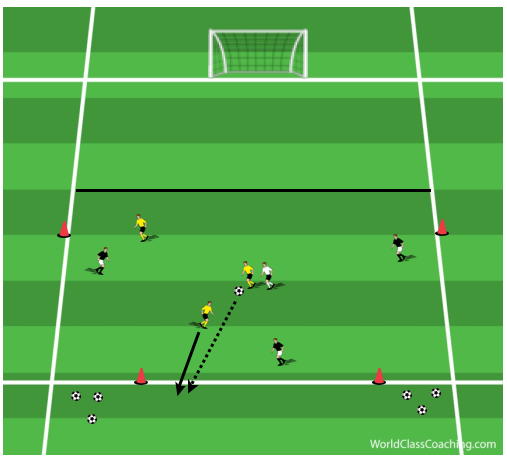 If the defending team is spread out, then the team in possession should use the neutral to penetrate through the middle. When the neutral player has the ball, defenders will look at the ball. It is at this point the wider players run behind the defenders into the 2nd area. This is because they can’t look at both player and ball at the same time.

As a progression you could add a GK. You can also allow a single defender to enter the area as the ball is being played to add pressure to the attacker for more game realism. As you see below this happens, but the attacker’s first touch takes them across the path of the defender, therefore stopping them from winning possession. 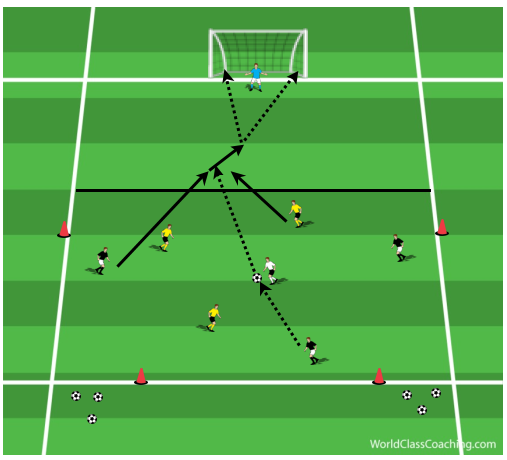 #148 Focus on Technique Before Speed

#135 Training Players to Move Individually and as a Team

Create an Advantage with Movement