This practice is suitable for almost every age group and can be implemented with both U7’s as well as senior players. From the physical perspective, it is focused on improving endurance and ability to recover after high intensity bursts. That is integrated into highly technical practice focused on dribbling, awareness and ball manipulation. The practice has also benefits in the social side of the game, improving communication and teamwork.

Organise a square of approximately 15x15 yards. Divide the team into three teams of three (number of players per team can be adapted). Two members of the team start with one ball each (numbers 1&2 on the diagram). One member of the team remains without the ball (number 3). 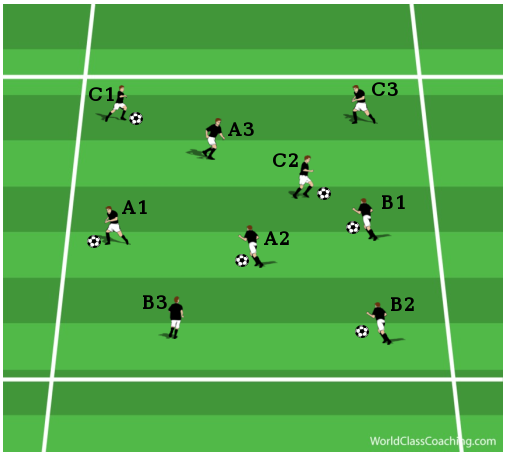 The aim for each team is to have all the members of the team with the ball. On the coach’s signal, the game starts and players without the ball try to win possession from the opposition players. 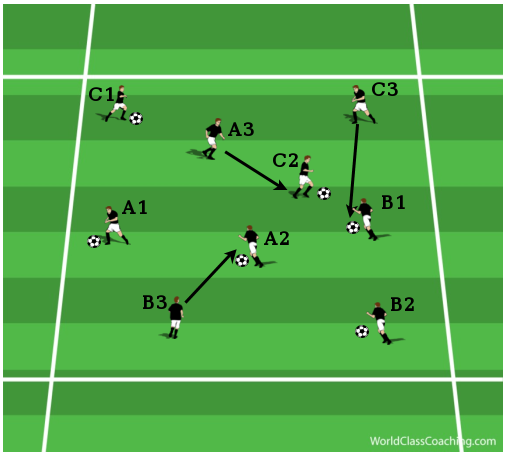 Players are challenged to be aware where the players without the ball are, burst away from the danger as well as win 1v1 and 1v2 duels to stay in possession. 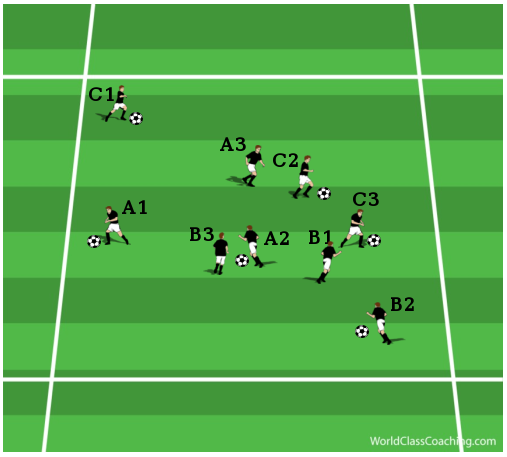 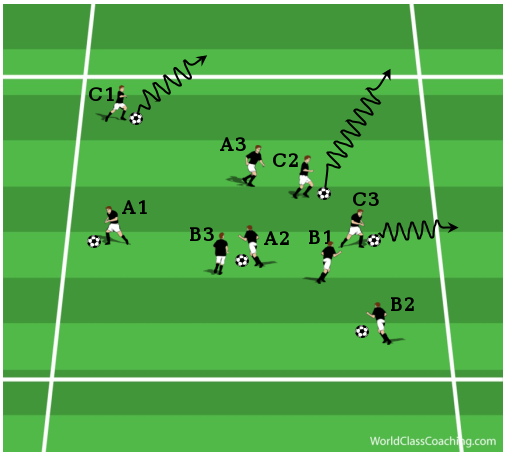 The game continues up to 3 minutes or until only one team is remaining on the pitch. Each round should be repeated 6-10 times in 2 series. The rest between each round is 1-3 minutes and between series it should be 4 minutes.