Teaching Goalkeepers to Control Their Area

Among the more challenging tactical teaching topics for goalkeepers is helping them to control their area. There are numerous moments in the game when the goalkeeper’s ability or inability to eat up loose balls in the area can swing control of the game to one team or another. Crosses, through-balls and balls that fall loose to the ground in the area when the opponent is attacking all present challenges, as do back-passes when the ‘keeper’s own team is in possession. This article will take a look at the crossing and covering topics, and the next article (#2) will examine back-passes.

Because of the number of variables in any crossing situation (location of crosser; type and location of cross; number, angles and distance of potential defenders and finishers; weather (i.e. wind, rain) and the goalkeeper’s ability and confidence level), all will react differently in crossing situations. That said, our goal as coaches must be to teach goalkeepers to read these variables at training and try to increase the ability of our goalkeepers to be decisive and successful in coping with crossing situations. Below is a simple exercise with numerous variations and teaching points to help the coach work with the goalkeeper in dealing with crosses. 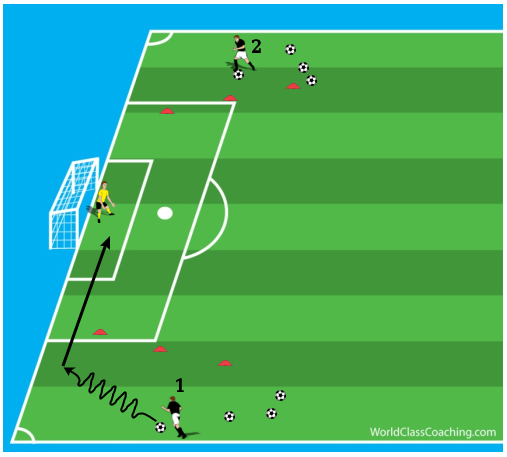 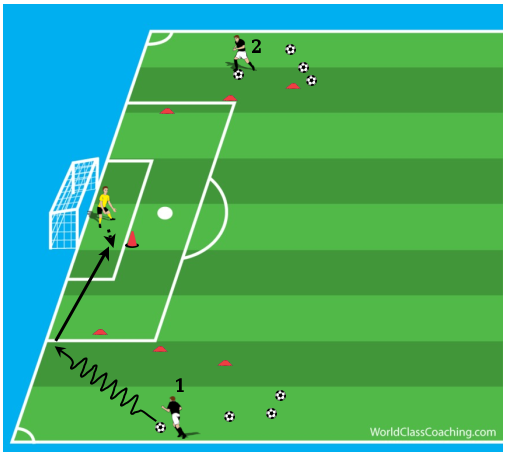 • On near post crosses and when there is a cross from in tight on the goal line, it is useful with more experienced goalkeepers to teach them to think in terms of defending two goals, both the standard goal and an imaginary goal stretching from the near post to the top of the six yard box or beyond (see diagram). This added visual encourages the goalkeeper to be aggressive in cutting our service into this dangerous area. 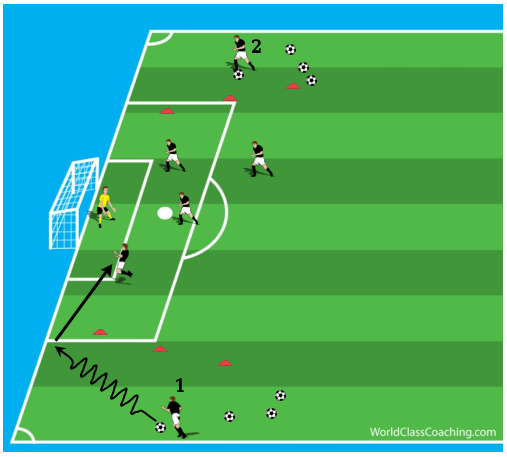 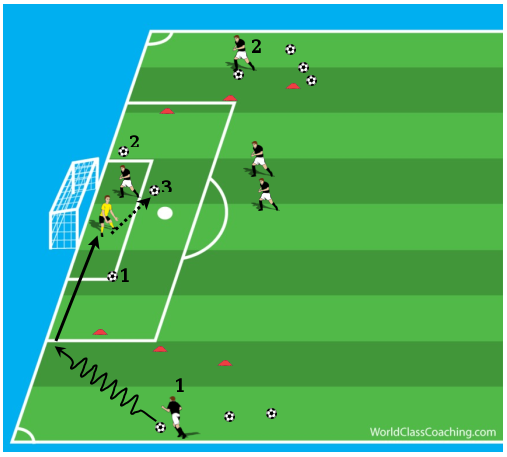 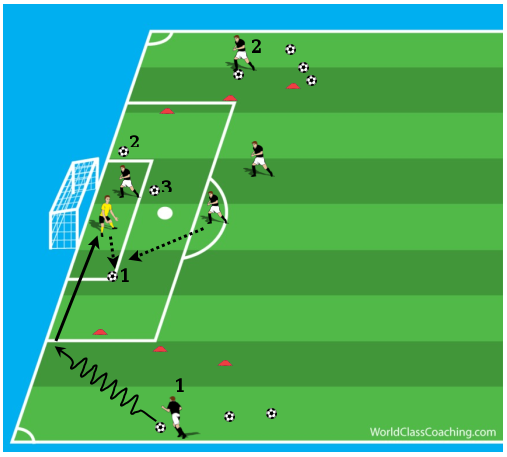 As always, adjust the exercises to fit the abilities and needs of your goalkeepers.