This exercise is a modification of a classical 4v2 possession game. Two squares instead of one are used, what places additional conditioning demand on players. Shuttle runs between squares require the power to accelerate which for example can be used during transition phase or when switching play. 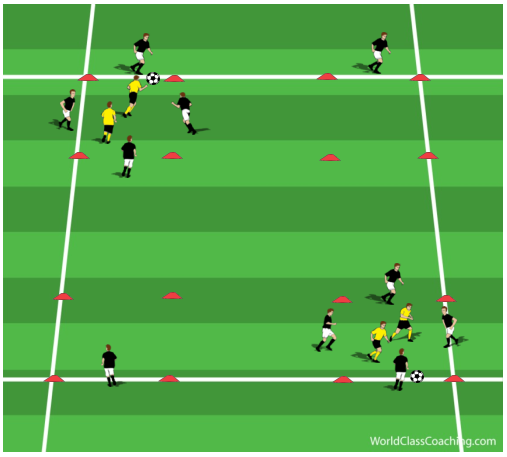 The game starts as a classical 4v2 possession game. Players try to make min. 10 passes, what counts as a one point. If the defenders

By Justin Cresser 4 v 2 (attackers v defenders) keep-away in a small playing area is an excellent way to work on improving possession skills. In today’s session we use the same number arrangement but with some added benefits. This game uses a 40 yard by 40 yard playing area, and has 4 attackers taking