Welcome to the Goalkeeping Newsletter. Today’s topic deals with the keeper giving himself room on free kicks (when possible).

We will start using the example of a free kick from 35 yards out and near the sideline. 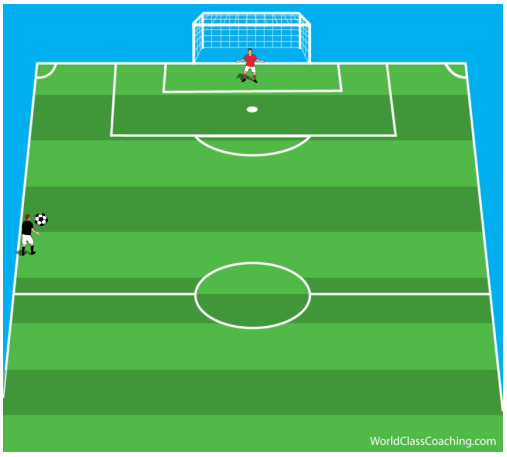 Too often a keeper will allow the attacking team to get near him and in doing so, it makes it extremely difficult for the keeper to operate. 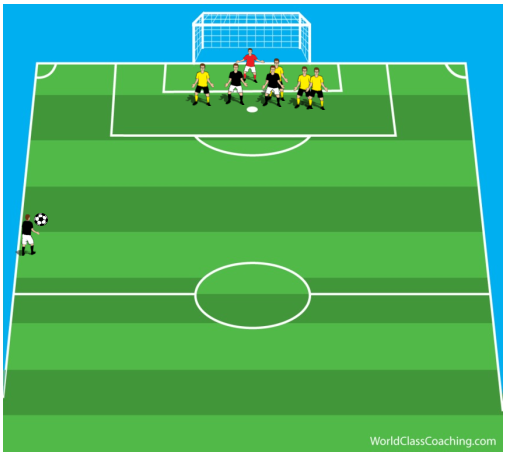 If the ball gets played into the area, the attackers (and defenders) can all potentially get in the way of the keeper. 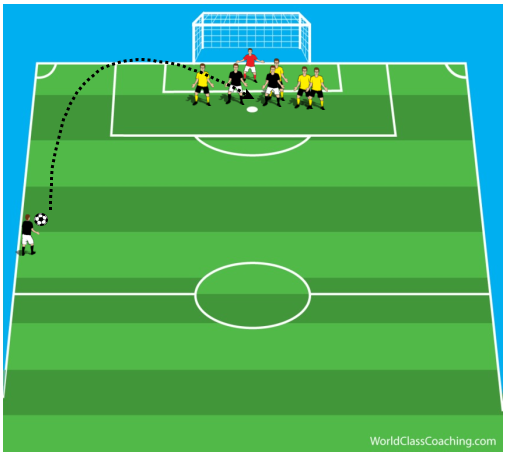 Even if the keeper can get to the ball, there is a very good chance there will be a lot of contact in trying to win the ball. 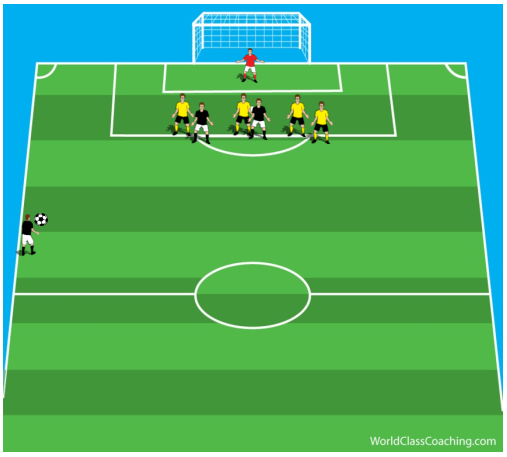 Now, when the ball is played into the goal area, the keeper has more space to work and has a greater likelihood of winning the ball. 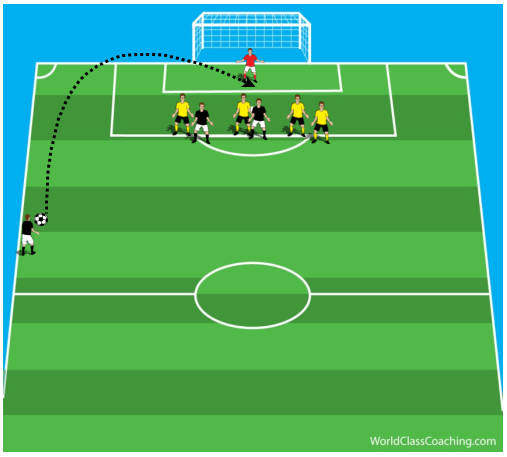 In order for an attacker to win the ball it will most likely be further away from goal which makes it more difficult to score.

It’s important for the keeper to have his team set a line and in order to do this, they must work on this in training. If the entire team does one thing but one players falls further back, it completely ruins the defense. If a player steps back too soon, or doesn’t follow a runner, it’s another failure.

Putting the keeper (and team) into different situations during training will help them be prepared for a game setting.

Making the Second Save