This game uses creative design to increase the amount of runs over medium and longer distances. The main aim from the physical perspective is to improve Aerobic Power, which in simpler terms aids recovery between high intensity efforts. Therefore, players will be able to perform more and higher quality actions. Apart from that, the game adds variety to the training and challenges players in new ways.

Organise a pitch of approximately 30x40 yards. Divide it into two halves. Place two goals back to back in the centre of the pitch. Organise a team into two groups of 5 with one goalkeeper in each team. Provide supply of min. 3 balls. The teams are positioned on the own halves. 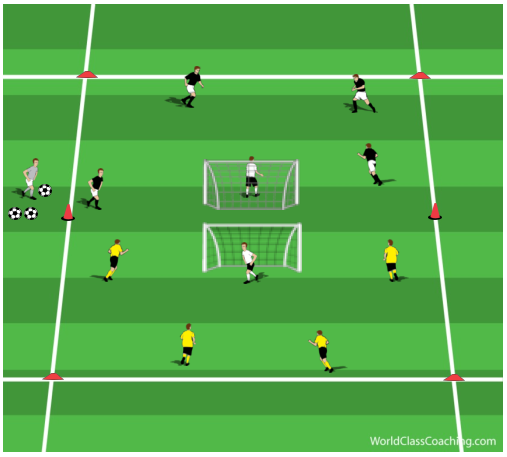 The coach starts the game by playing the ball into one of the teams. The aim is to score in the opposition goal. All of the players are allowed to go into both halves. 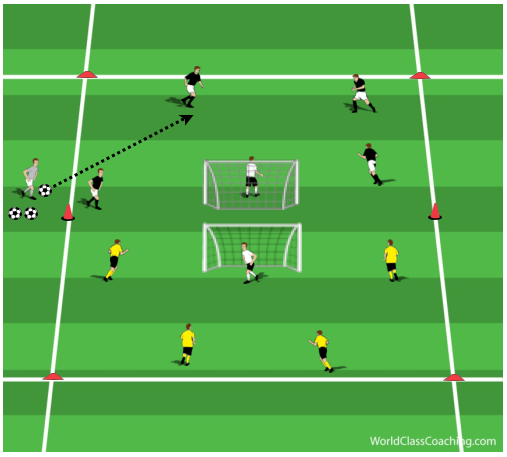 Players will try to create an overload in the own and opposition half by making forward runs without the ball. That will increase the amount of runs over medium distances. 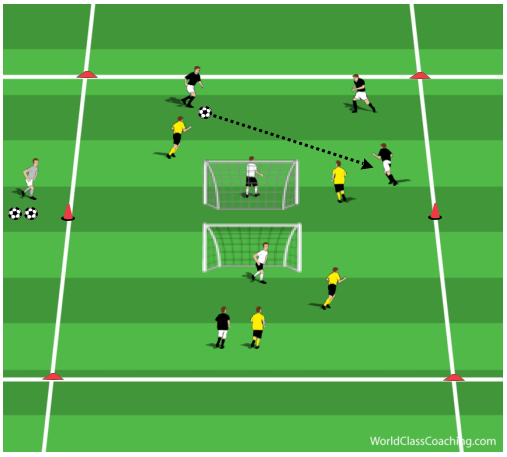 If the team scores, the game is restarted by the coach who then plays the ball into the opposite team. If the ball goes out, there is a throw in. However, there are no corners in this game. 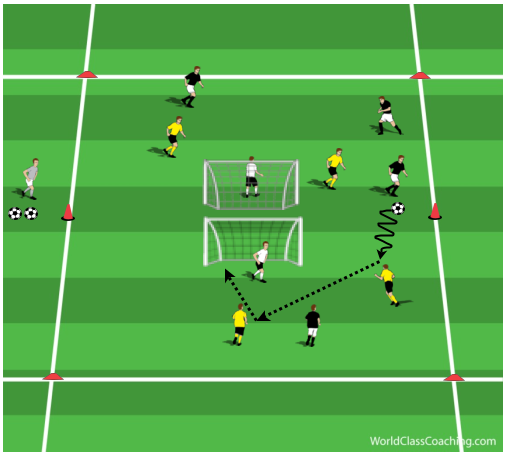 The game should be played for 1-3 minutes and repeated 6-10 times in 2 series. Rest between each game should be between 3-1 minutes, while between series it would be 4 minutes.