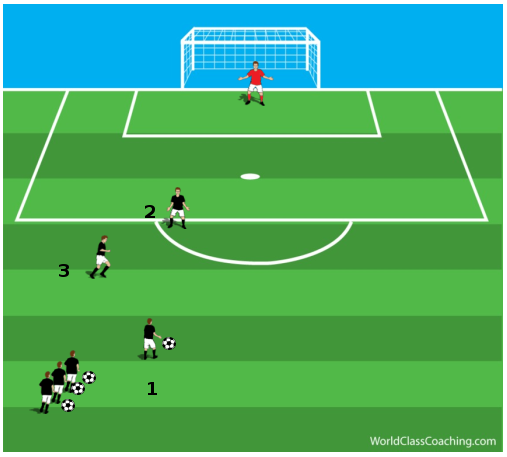 The first player passes to the second player and starts to follow his pass. 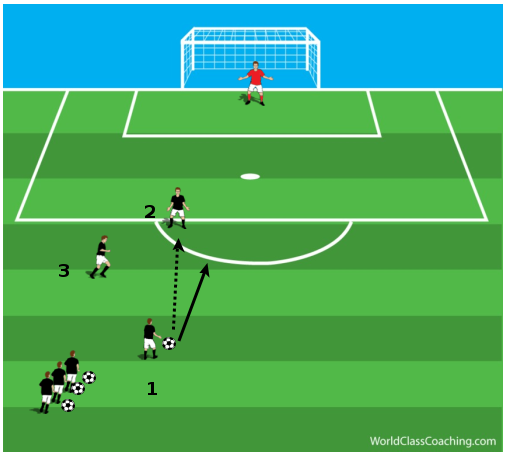 The second player 1 touches to the third player follows his pass. 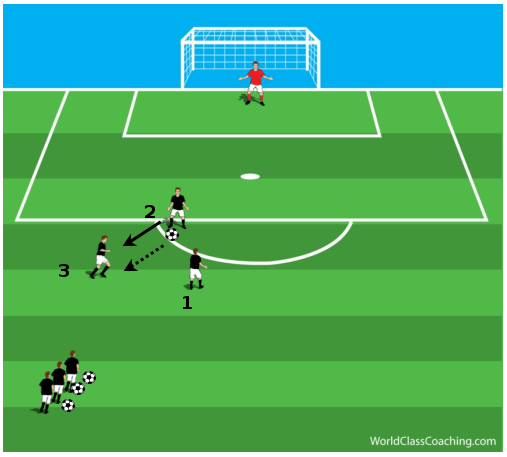 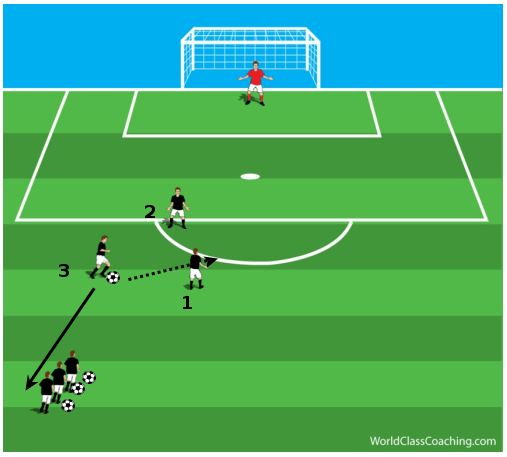 The first player takes a 1 touch shot and then takes the role of the second player. 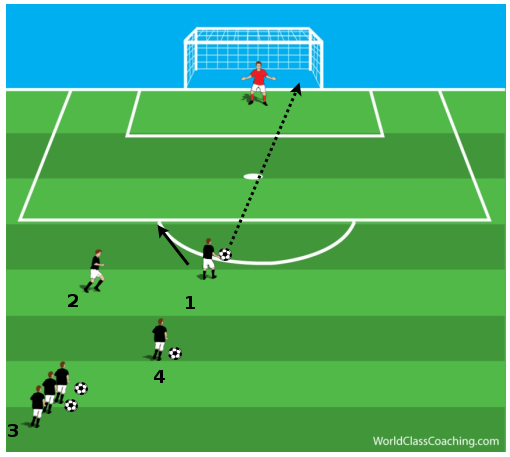 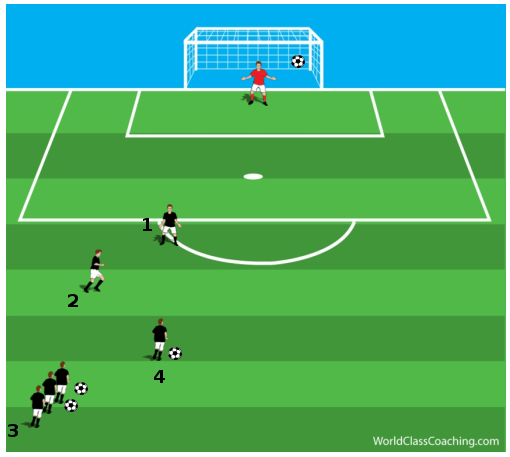 While it might seem like there would be a lot of standing around in line, done properly this is an extremely fast moving activity. Players sprint after each pass and shot, and as soon as they get somewhere they should be preparing for the next pass.

You can move this triangle to different areas around the 18 to change the angles and distance of the shots.