In a recent session I had low numbers I was planning on doing defending anyway but had to adapt. I ended up having 7 so 4 rotated in being attackers and 3 had sustained time as the defenders. There was no GK for a reason. The reason was to see if the defenders could work hard enough to deny a clear opportunity for a shot as well as deny space for penetration. 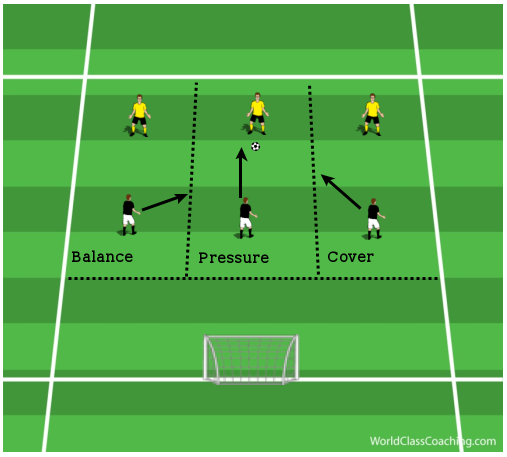 Allow the attackers to pass the ball wide and have the pressure defender force the attacker inside into both the second and third defender. The 3 defenders should be in a curved line. 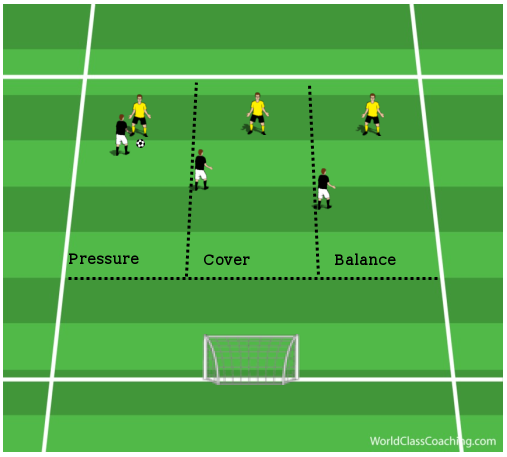 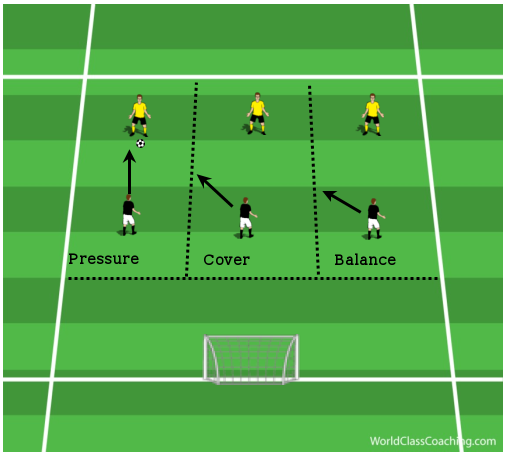 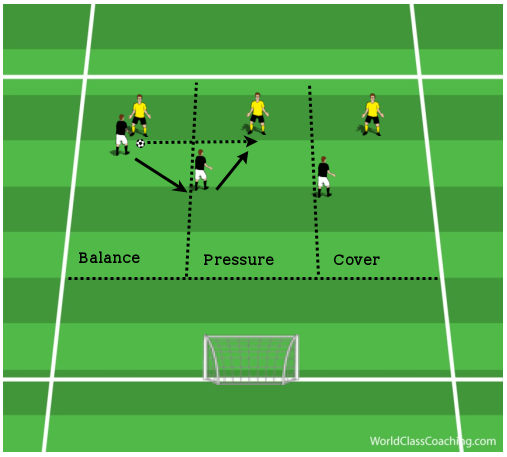 Once the defenders are aware of who should be which defender the attacker’s aim is to beat their individual defender 1v1 or move the ball quickly to beat the compact defense. Like the defenders, the attackers must stay inside their own section, once the ball is past the last line separating the sections they can move everywhere. 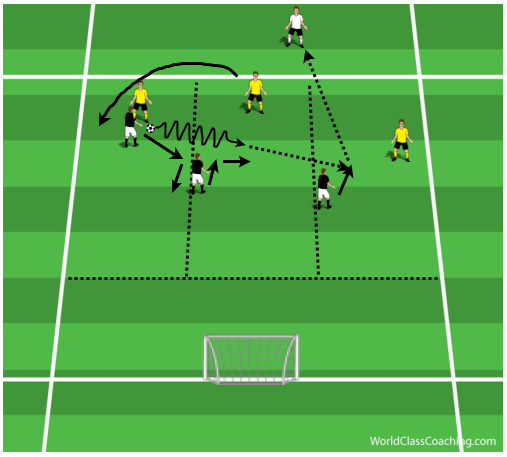 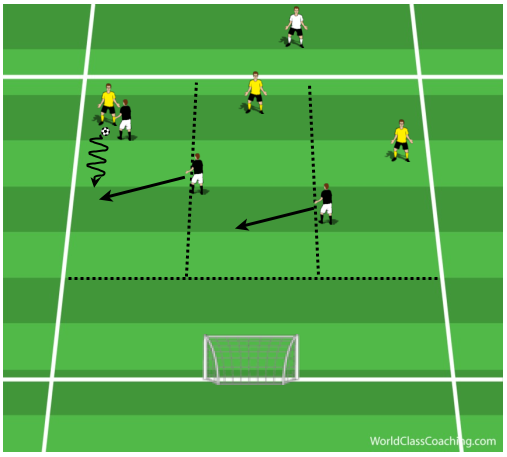