In my humble opinion the wisdom of knowing when to pass and when to dribble is key to differentiate a beginner to an advanced effective player. In this session we work on this specifically on the middle third where the is usually crowded, with less time and space and under a lot of pressure.

Warm Up
Set up as many grids as possible to play a bunch of 2v1s to a scoring end zone. The goal is to get into the end zone with ball control. If possible, have 4 players per grid and in pairs. When one pair is attacking, the other one will have one player defending and the other positioned at the opposite end from the scoring zone. 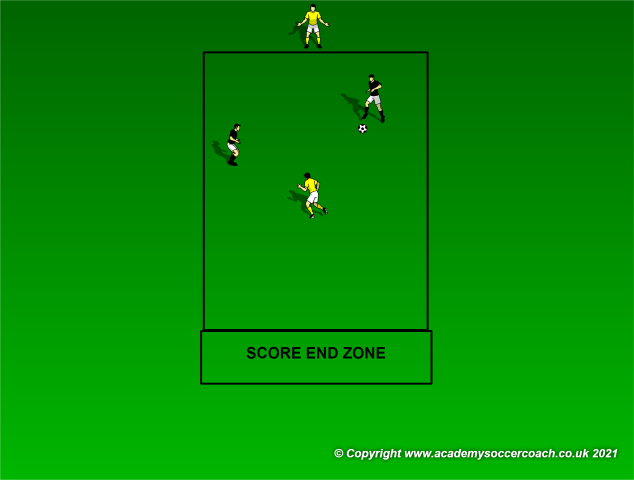 The scoring rules will be up to what you want to work on. At first I recommend to give 1 point for getting into the end zone no matter how. Further on you can give more points for the action you expect them to try/do more. Example: dribbling in = 1 point / Receiving a pass in = 2 points / 1-2 combination = 3 points.

If the defender wins the ball, pass to his teammate at the other end or dribble past the other end. Again: up to what you want them to perform more.

Activity 1
This activity is the continuity of the warmup but with a little more complexity as now it will be a 3v2. The scoring rules can remain or can change. Totally up to the coaches’ necessity and/or expectation. 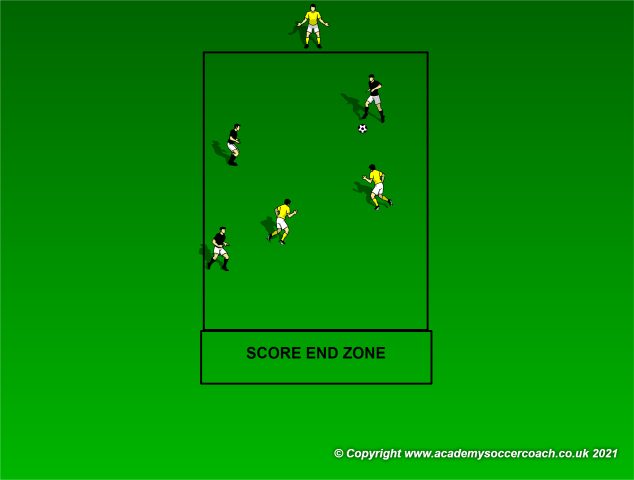 Coaching points:
- Space and support
- Move to support or move to distract.
- Use the width

Game starts with a pass from a player in defending position. The goal for the black team is to score in one of the three mini-goals. The yellow team is defending.

When the yellow team wins the ball, they gain an extra player, and the opponents lose a player. Their goal is to score on the end scoring zone. 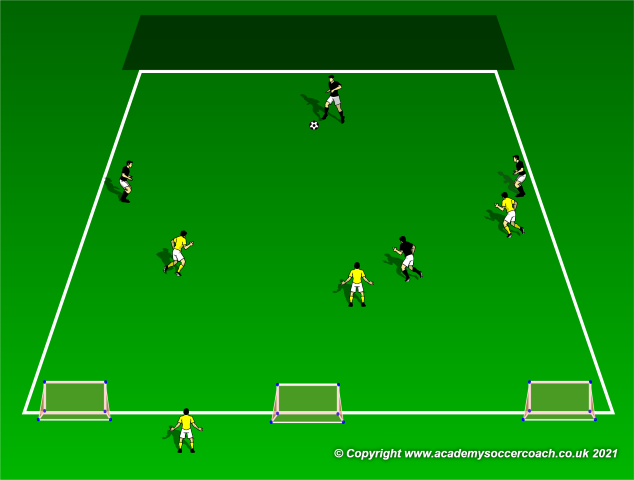 ACTIVITY 3
A 7v7 three zones game where players are not allowed to merge from one zone to another when defending but are allowed to merge when attacking if they: 1) pass the ball to someone on the next zone / 2) dribble in. 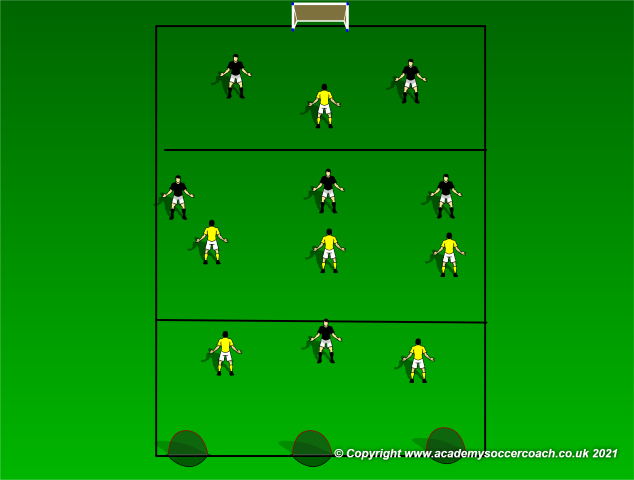