Playing Off of the Target Player

Welcome to the FineSoccer Drills Newsletter. Today’s featured activity works on playing off of the target player.

Start with a target player at the top of the 18, a defender right behind him (and players prepared to take their place) a server 40 yards out and a line of attackers even with the server. The server has balls and there is a keeper in goal. 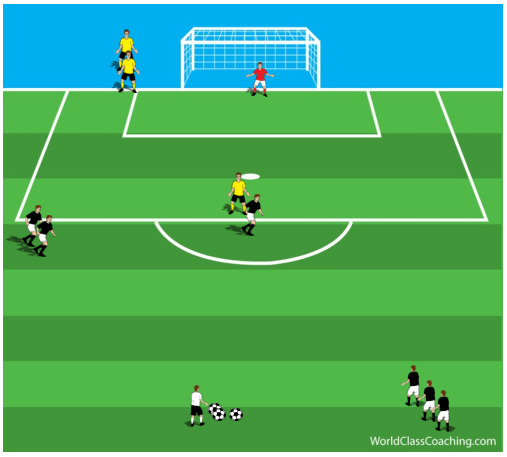 The server starts by playing a ball into the target player. The first player in the attacking line sprints forward into support. 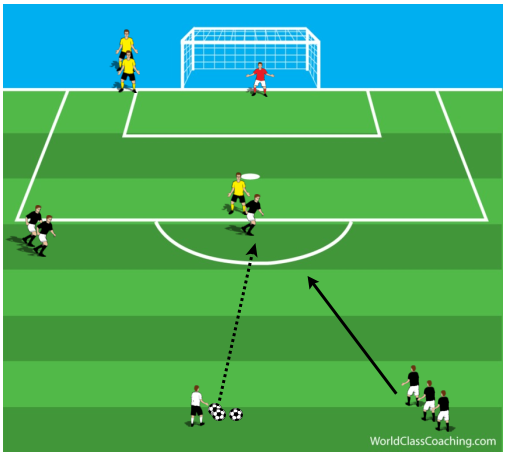 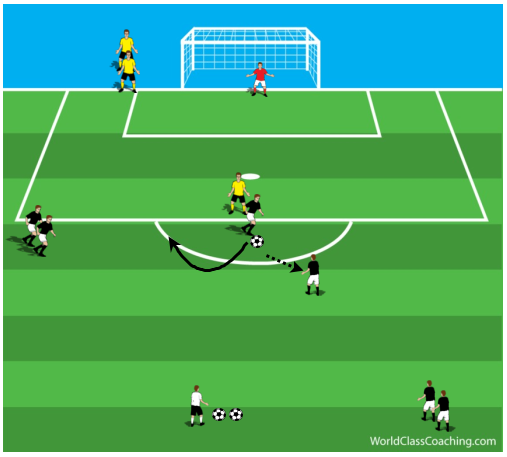 If the defender goes with the ball, the receiving player will 1 touch the ball to the target player who then goes for the finish. 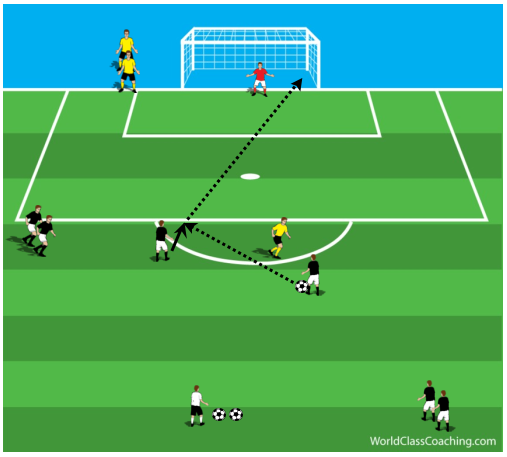 If the defender goes with the runner, the receiving player takes a touch and then finishes himself. 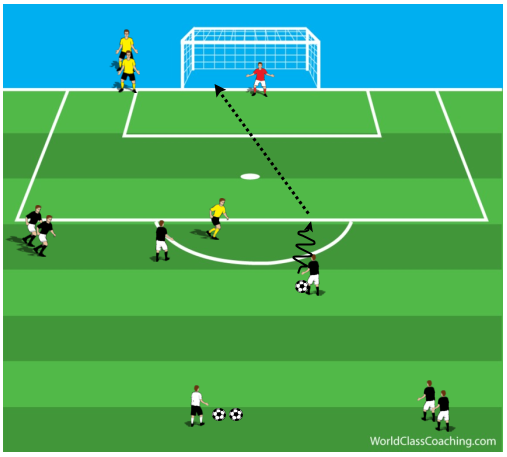 The offside rule is in effect for this activity so the runner should focus on really bending their run to stay in a good position.

As soon as the shot is hit, a new target player and defender comes on the field, the server plays a new ball and a new attacker provides support.

After players have had the opportunity to have a few turns in each role we add a second defender and a third defender. The easy thing to do is replace the server with another group of attackers and add a line of defenders between the two line of attackers. 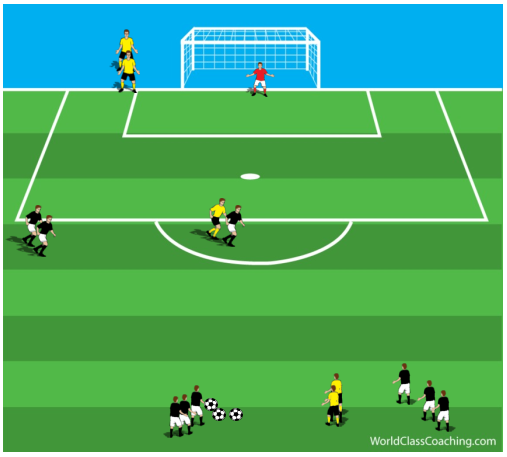 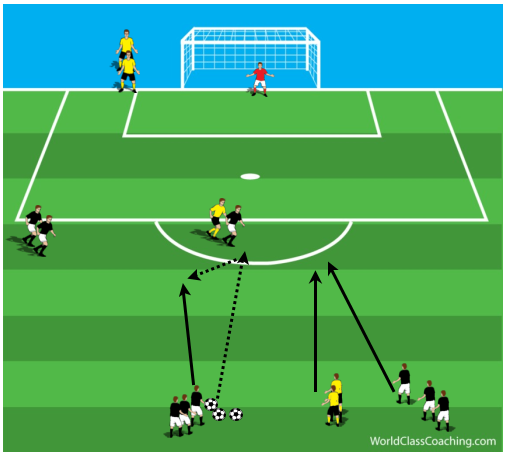