This practice involves high intensity, power and strength work in a ball challenge situation. The demands placed on the players help in developing body capacity to deal with a pressure of a defender when challenging for the ball and receiving it. It also focuses on dealing with man to man marking and movements to receive.

Organise a square of approximately 10 x 10 yards. Four players should be positioned outside the area, one on each side. Two players start inside the square, one being an attacker and the second one, defender. One of the players outside the square starts with the ball. 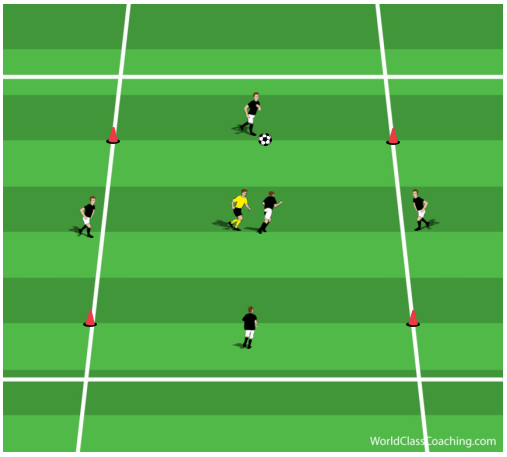 On a coach’s signal, inside attacking player attempts to receive the ball from outside player and play it back. For each successful repetition, one point is awarded. Defender tries to win the ball and get in possession (roles change). 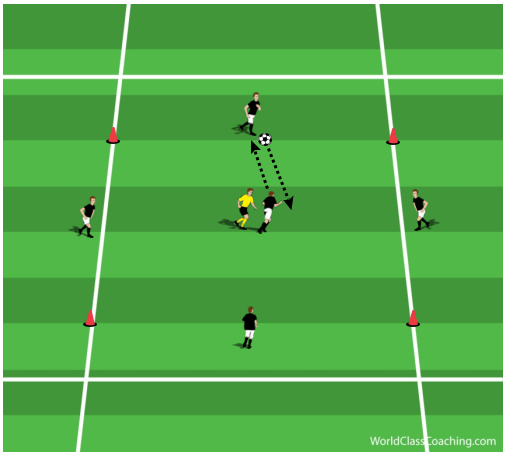 After the ball is played back to the outside player, two passes should be made between outside players before it can be played inside again. 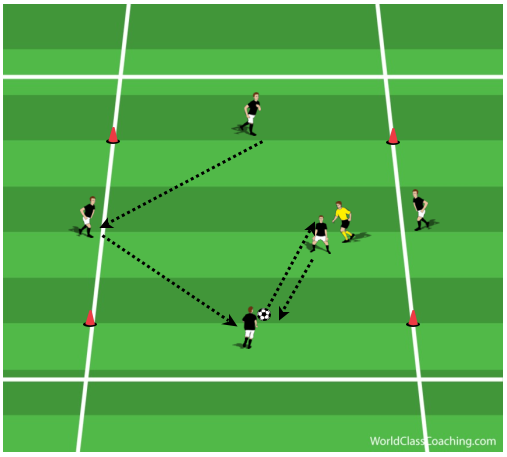 As a progression, attacking inside player can attempt to pass the ball to a different player than the one he received it from. Also minimum amount of 2-3 touches can be set to challenge his ball shielding and ball manipulation skills under pressure. 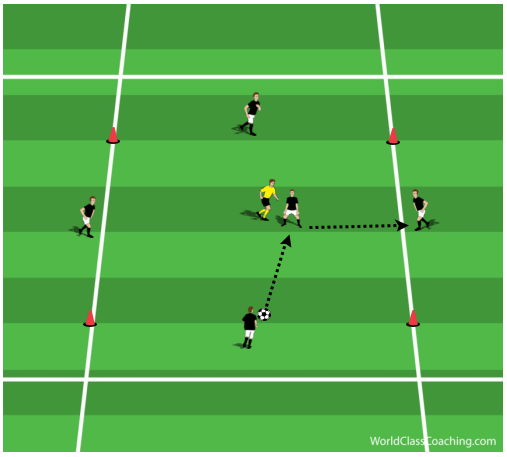 Timing
Each pair playing inside should work for 6 seconds. That should be repeated 4-6 times in 1-2 series. The active resting period between repetitions is 1 minute (players rotate) and between series – 4 minutes.