The presented exercise is aimed at developing repetitive sprints ability with a passing content. From the conditioning perspective, the practice is focused on improving players’ ability to keep the amount of sprints high throughout the game, without a decrease in the quality. Therefore, it is especially relevant for improving players in 1v1’s and running duels. That is integrated in the passing practice ensuring players are motivated and improving in the technical corner.

Organise a square of approximately 20x20 yards. Place two poles, 10 yards from each side of the square as shown on the diagram below. Divide players into groups of five and give each player a number from one to five. Every group of players will need one ball. 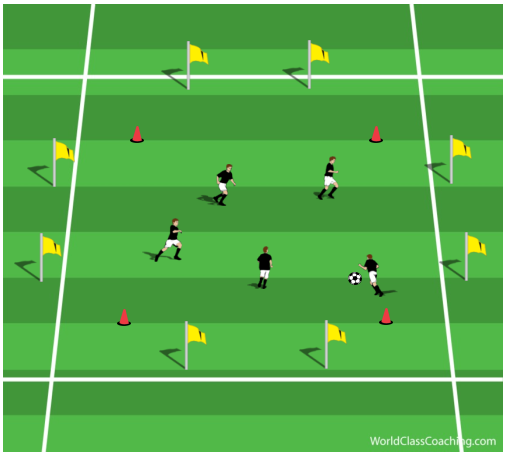 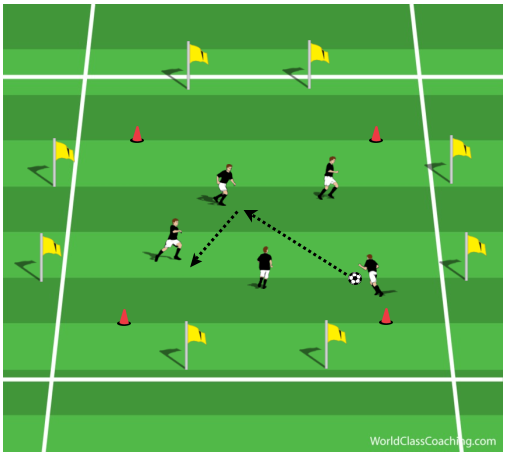 After every pass is made, the player who has passed the ball, has to sprint to the nearest pole, run around it and return to the playing area. 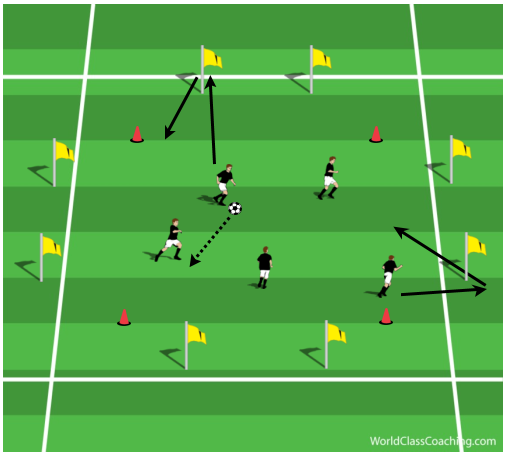 As a progression, an additional defender can be introduced trying to win the ball and dribble it out of the square. That puts additional pressure on the player who sprints outside the square to return back quickly as the teammates have one player less. 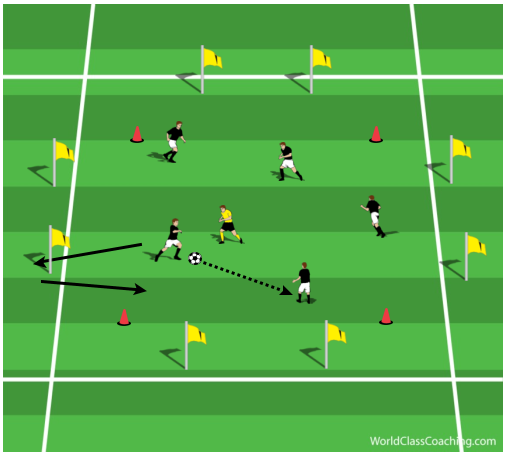 Each sprint should be repeated 6-10 times in 2-4 series by every player. The active rest between each sprint should be 10 seconds and between series – 4 minutes. That is managed automatically if the game is played with 4-5 players in 1,5 minute rounds.