Passing is recognised as one of the core skills in football. This pattern practice focuses on improving this component altogether with anaerobic endurance. That will enable players to sustain the quality of actions throughout the whole match.

Set up and directions:
Organise four cones (2 cones and 2 markers) 20-25 yards apart from each other diagonally as shown on the diagram. Divide players into two groups and set one group on one marker and the second group on the opposite marker. Only one ball will be used in the practice but min. of 4 balls should be placed around and supplied immediately when needed. The practice starts as the first player passes the ball to the opposite group. 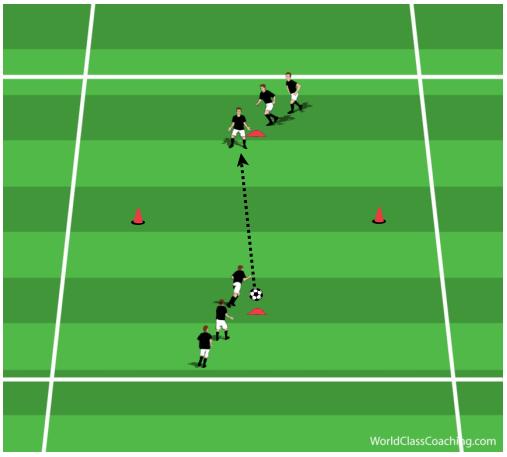 After the pass is made, opposite player plays the ball back (one or two touches) and the game continues. Player who has made a pass sprints to the cone on his right hand side and then jogs to the back of the opposite group. Sprinting player should try to touch the red cone before the next pass is made. 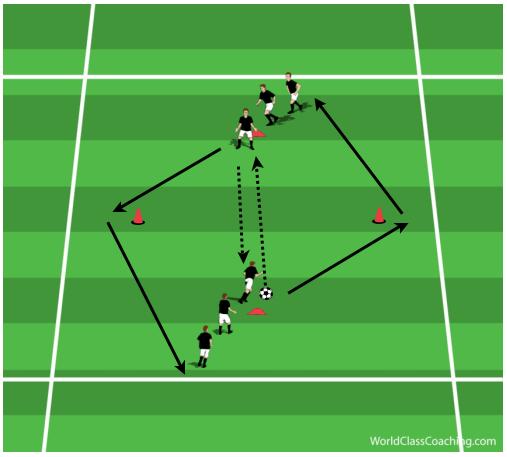 Progression can include different running shape. As we can see on the diagram below, after the pass is made, player sprints to the cone on his right side and then returns (backwards) to the same group. 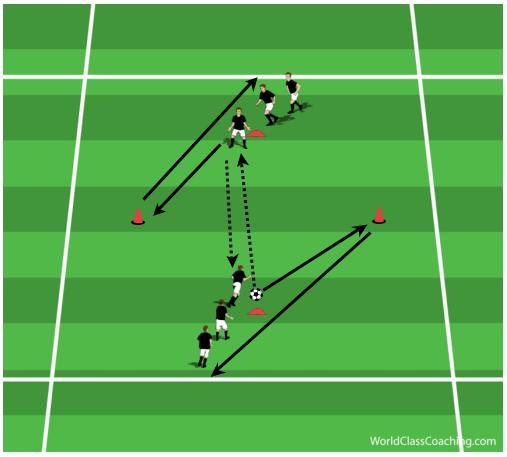 Another variation can include dribbling the ball to the cone positioned sideways instead of passing the ball back. 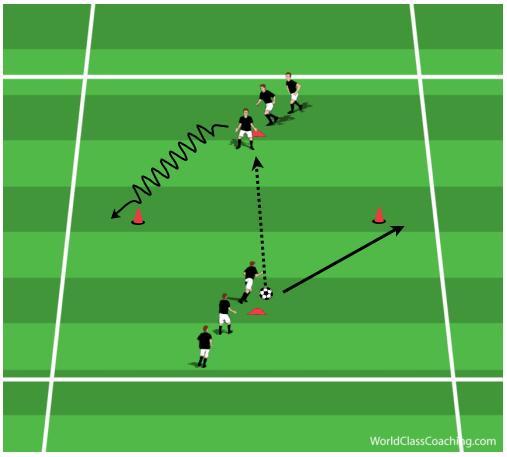 After the cone is reached, player with the ball passes the ball to the first player of the opposite group. 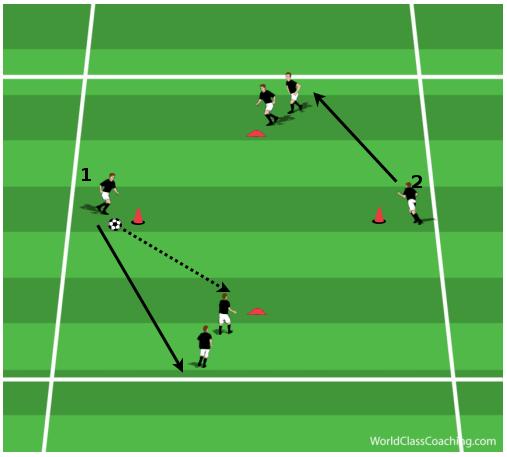