This is a great game focused on improving multiple physical attributes including aerobic and anaerobic power (high intensity efforts and recovery time between them). Apart from that it forces players to adapt to different overload and underload situations. From the technical point of view, it includes a variety of 1v1 and 2v1 situations which then build up into 4v4 game. The practice is suitable for almost every age group and level of players.

Organise a pitch of approximately 30x40 yards with one goal on each end. Divide the players into two groups and position them next to the goals. Organise one goalkeeper in each goal. Provide a supply of min. 5 balls. Players agree the order of coming inside (1st – 4th) to play. 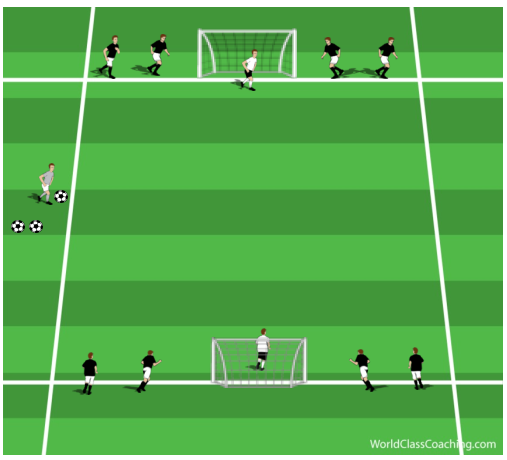 The coach plays the ball in and first two players run to it and compete for it. First player to the ball becomes attacker, second one becomes defender. The aim is to score in the opposition’s goal. 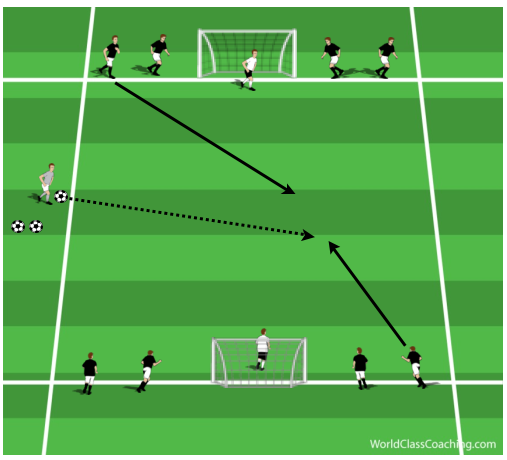 At this stage, the first two players will work mainly anaerobically what will involve a lot of dribbling and accelerations. 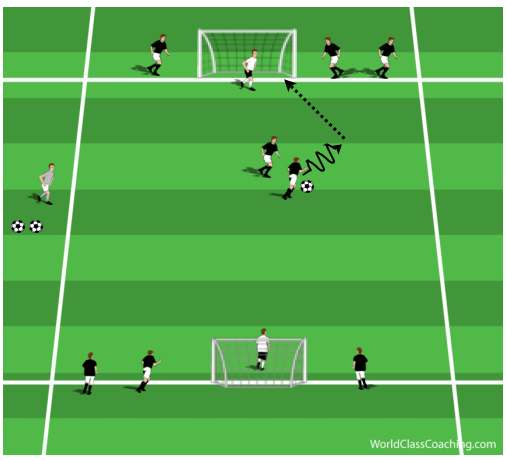 After the goal is scored, one player is added to the team that conceded a goal, making it 2v1. The goalkeeper starts with the ball by playing it into the player that has joined. The player that has just scored stays on the pitch and tries to defend. Reaction time and transitions from attack to defence are important. 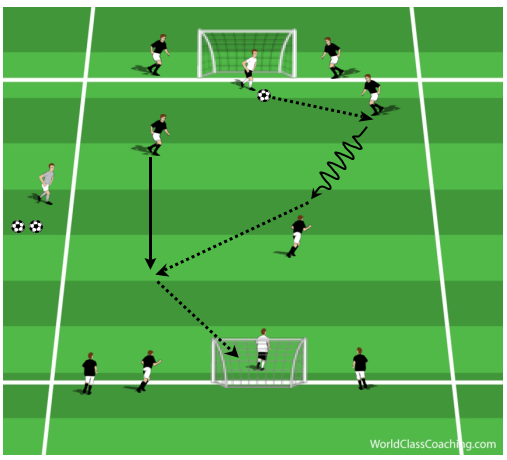 Similarly, after the goal is score, the team that conceded gets another player. Now it is a 2v2 situation. The game continues until all the players are on the pitch and one of the teams score. 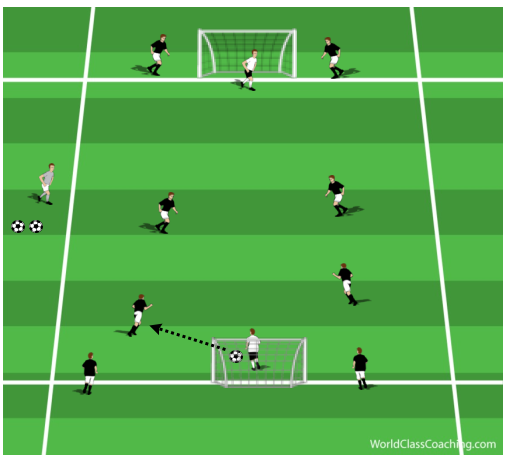 After all the players are on the pitch (4v4), the game should continue for up to 3 minutes (or until first goal). That should be repeated 6-10 times in 2 series. There should be 3-1 minutes rest between repetitions and 4 minutes between series.