The following practice is focused on developing endurance to maintain high quantity of actions throughout the whole game. This physical component is fundamental to develop any other conditioning characteristics and is important in aiding and speeding up the recovery process. That is achieved in a simple to organise possession game which can be suitable for almost all of the age groups. It is based on passing and receiving combinations from target to target with a little bit of interference and pressure. It challenges the players to make movements off the ball, show up in good supporting positions as well as quickly combine play. 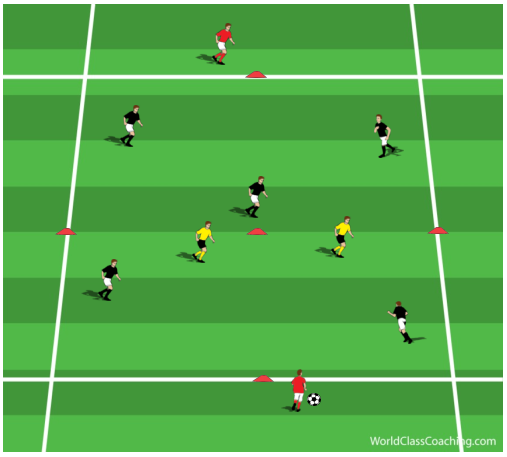 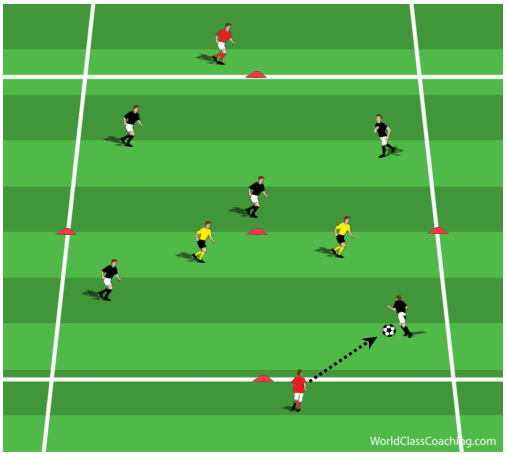 Players without the ball on the attacking team try to make movements off the ball to receive in a different part of the square to which they were positioned in when the ball was played out from the target player. 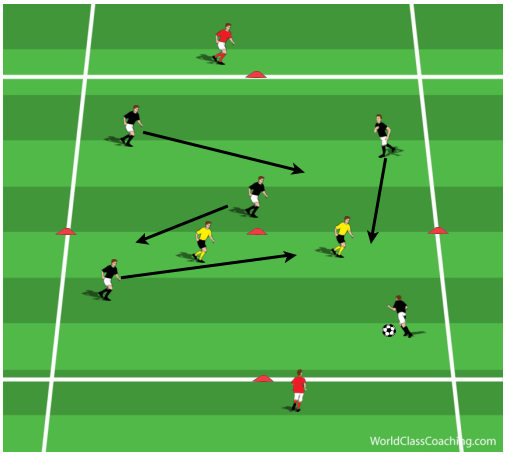 Before the ball is played out to the opposite target player, it has to visit all of the four parts of the square. That will challenge the attackers to make movements off the ball and combine play. The play is then immediately restarted from the target player who plays the ball into the attacking team straight away. Defenders should be rotated every couple of minutes. 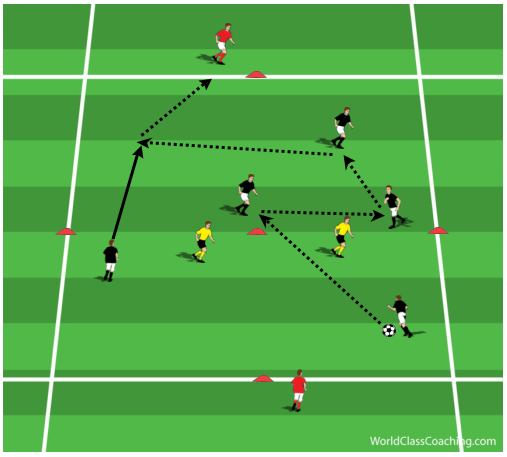 The game should be continued for 4-8 mins and should be repeated 4-6 times with 2 minutes break in between.