This exercise is a modification of a passing pattern with additional pressure from a defender to create sprinting situations. The main focus from a physical point of view is to improve starting speed and sprinting over short distances in a football specific context. Apart from that, this practice demands good quality of passing and receiving skills.

Organise six cones as shown on the diagram. Set up two small gates on the half way between two side cones. Organise two players on the middle cone, one player on each side cone and rest of the players with one ball each on the bottom middle cone. Minimal amount of players for this practice is eight. 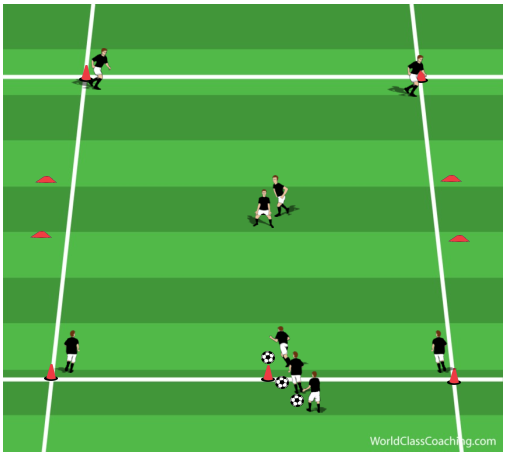 First player from the bottom middle cone plays the ball into the central player who then plays it one touch back to set up longer pass into space to the top left player. The ball should be played in the direction of the small gate. 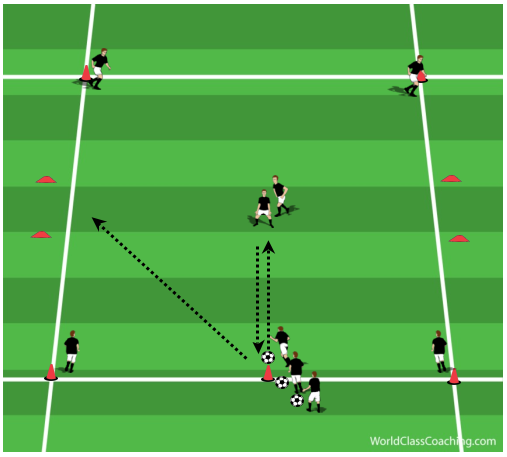 Top left player then have to make a sprint to get to the ball before it reaches the gate. Additional pressure is also added by a central player who tries to win it. 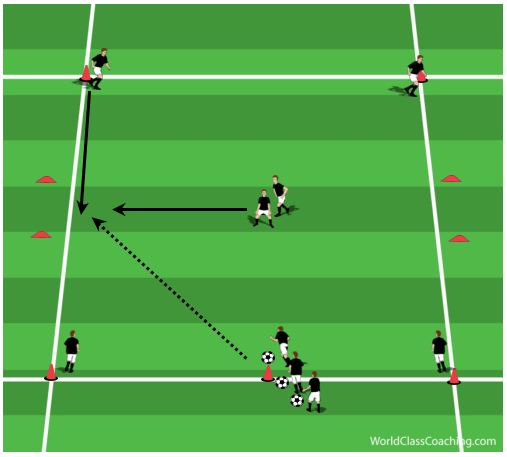 If the top left player gets to the ball first, he tries to pass it to the bottom left player, who then dribbles to the back of the queue. If the defender wins it, his aim is to dribble through the gate. 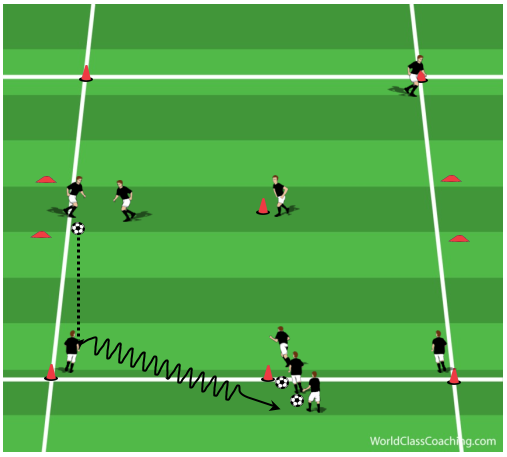 The practice works on two sides. The next player starts with a pass to the opposite side. Players follow the pass to change positions. 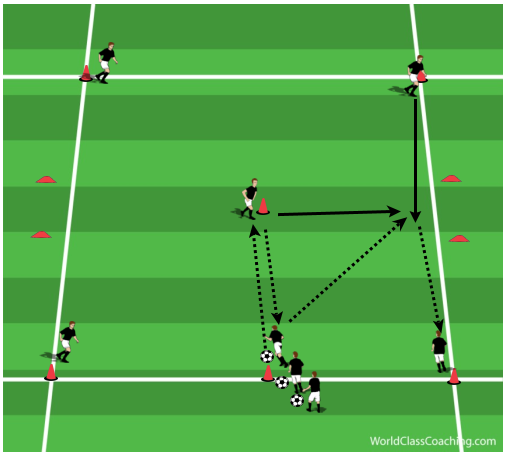 Exercise should be performed 4 mins (so every player gets 8-10 sprinting repetitions with 30 seconds active rest in between) in 2-4 series with 4 mins break in between.