How to Start Quick Counter-Attacks

Too often a keeper makes a save and then waits for both teams to clear out and then kicks the ball downfield. While there are definitely times when this is the right choice (when your team has been under intense pressure and needs time to catch their breath and change the area of the field the game is being played in) other times it’s best to play quickly to take advantage of certain situations.

In the situation below the black team is attacking and the keeper has just made a save. If the keeper looks up and sees this situation where he has a forward one on one with the last defender, he should look to play an early ball long to take advantage of this situation. 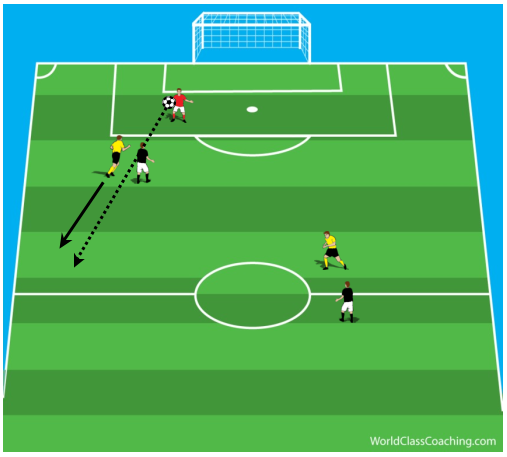 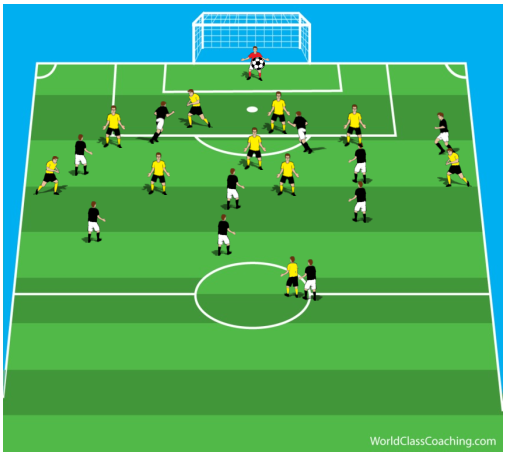 As a general rule the defending team is going to want to have one more player back then attackers so anytime the keeper can find an even numbers situation (or, even better, a numbers up situation) he should look to play quickly into that situation.

Another rule of thumb is for the keeper to look to quickly change the point of attack when the ball comes from one side. 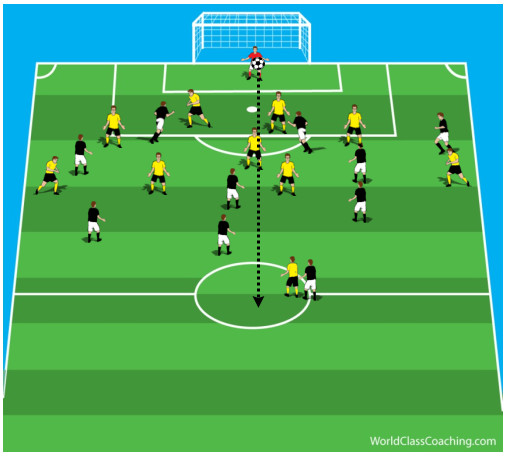 The logic behind this is most of the players will be on the side where the ball has been so by switching fields it allows the counter attack to be into space.

The alternative to this switching fields idea is when an attacker has made a long run chasing a ball down and the keeper gets to it first. The last thing most attackers want to do is turn and chase so countering into that space is something a keeper should look to do. 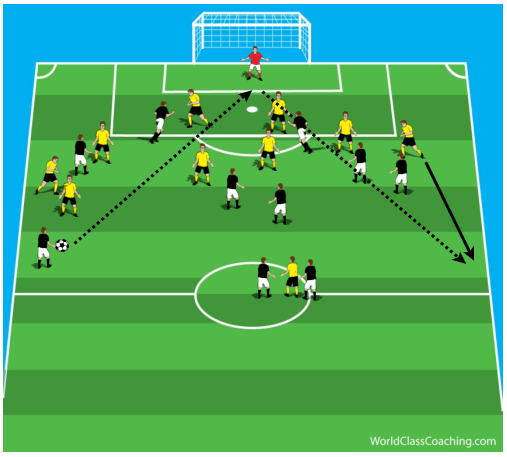 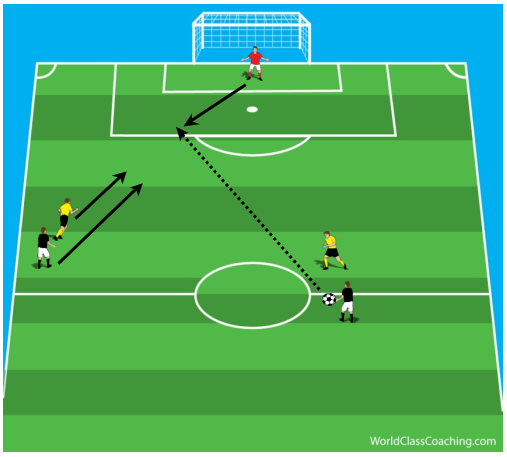 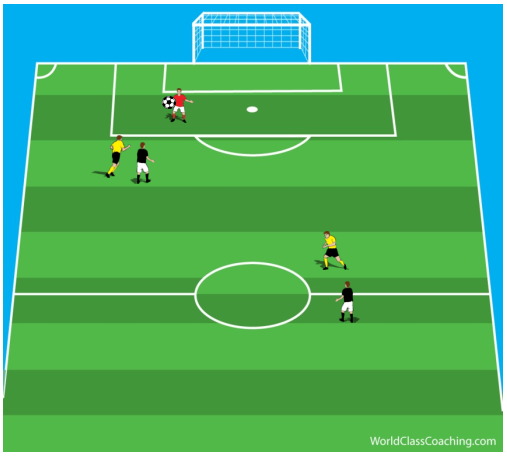 While there are times for a keeper to slow the game down and let his team catch their breath and get downfield, there are other times when the quick counter is the right decision and knowing what to look for with the counter is very important.