A lot of sessions focus on defending when players are dribbling the ball towards the defenders. I can’t remember seeing a session that focuses on defending players with their back to goal. This is an extremely important part of defending, because if done right will frustrate the opposition, slow down the opposition’s attacks and make them predictable. A lot of what I will cover will be counter intuitive to your players as they will want to lunge, kick and pursue the ball but is important not to let them do any of this and to be patient to know when and where they can win the ball.

To warm up the specific muscles used heavily in defending, group players into pairs one with a ball one. 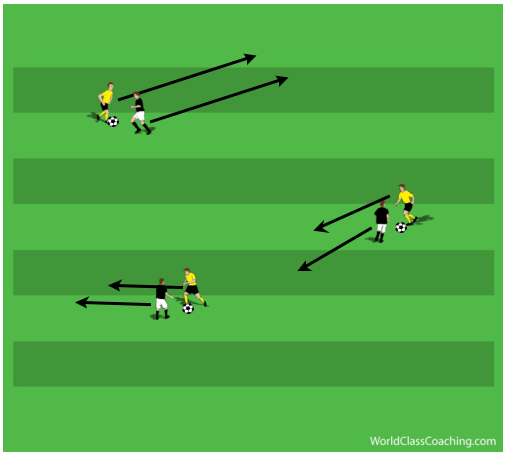 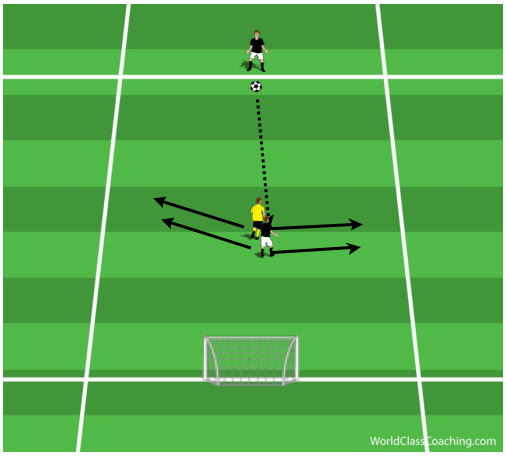 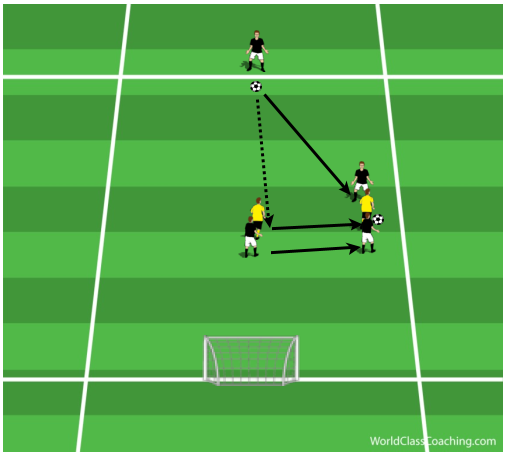 Area: Width of 18, length of the tip of the center circle.

Before progressing to use a whole side of field, use an area that restricts the opposition slightly and helps facilitate your aim for the defenders, which is to frustrate the opposition, slow them down and make their play predictable. Have two channels on each side roughly 8 yards wide where your FBs and the attacker’s WM start. (The WMs must stay in the channels) 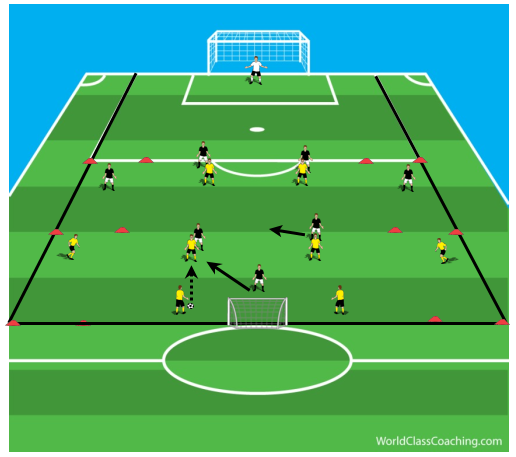 When the defending team wins possession they attack the small goal. 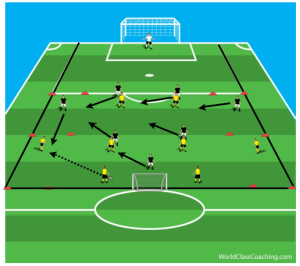 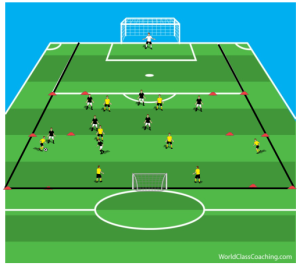 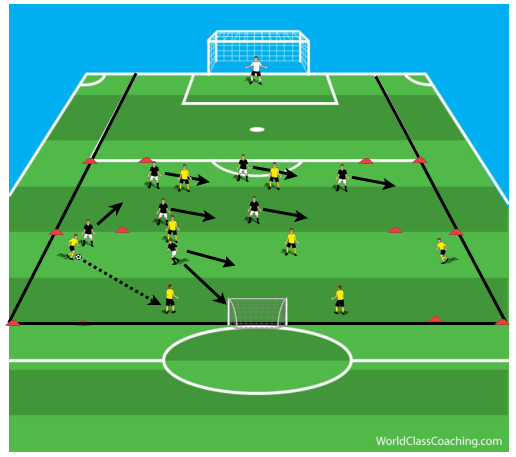 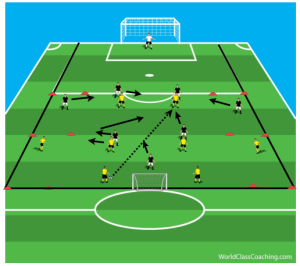 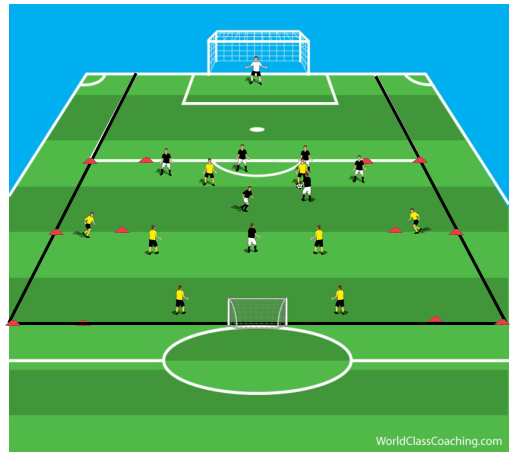 Take away the restrictions and test your defenders on a field they would play on in a game. Continue to coach the 3 options but add some specific detail. 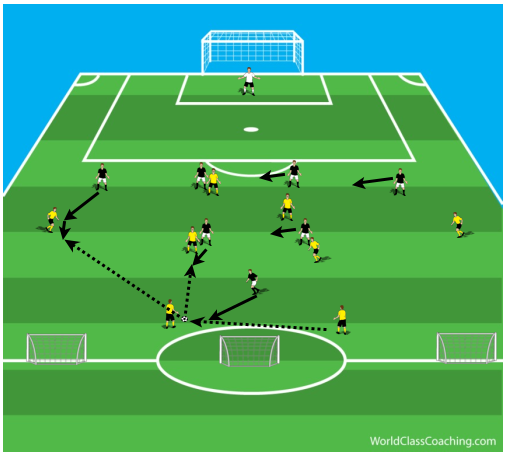 Reinforce all points throughout the session: