This session focuses on players recognizing when, where are how to move the ball away from pressure on one side of the field to a point on the other side of the field to attack from. One of my frustrations with players is not seeing the ‘bigger picture’ of the situation in front of them when the space around them is crowded. Players either force the ball further into the ‘scrum’ or if the ball gets passes out or pressure, because of a lack of awareness and incorrect body position the player receiving this ball, plays the next pass back where it has come from. The end result? Usually a loss of possession. So below I talk about when to switch the ball, player movement to help the switch and where to attack from after the switch. The reason I talk about this last point is the point of a switch is to change the point of attack to create a scoring chance, not to just keep possession by going back and forth over and over again.

Use a basic passing warm up to get players moving, receiving, passing and making decision. 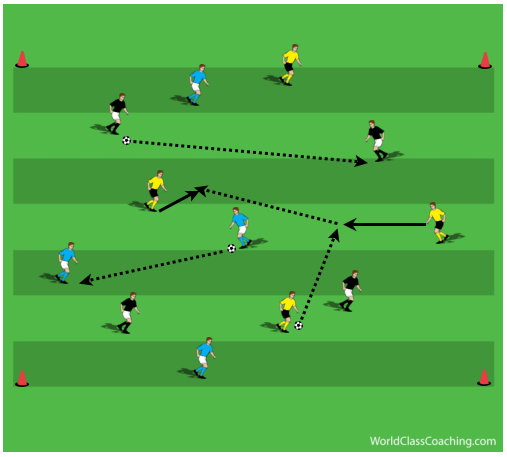 The first points of switching the ball are correct body position and to focus on receiving on the back foot. If you are square (chest facing the ball instead of shoulder) or receive with the front foot the ball will naturally go back towards the direction of the ball, back into pressure, which is a main cause of problems. 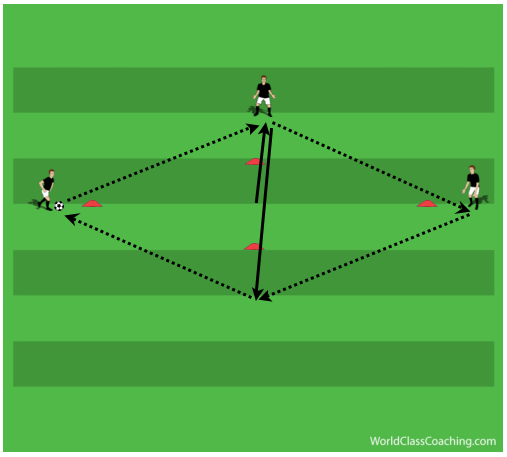 As well as continuing to maintain consistency in players having an open body shape, receiving on the back foot and passing on the front foot, you must now focus on player movement (when & where) and decision making.

Use 4 goals, an area of 40x30 yards and two sides of equal numbers (any odd players use as neutrals). Set both teams with 2 CBs, 2CMs, 2WM/FBs and 1 ST. Place any additional players in central areas to keep the wide areas as open as possible. The aim is to score on one of the goals you are attacking. The defense will try to stop this so the team in possession must use this congestion on one side to attempt to switch quickly and score in the opposite goal. 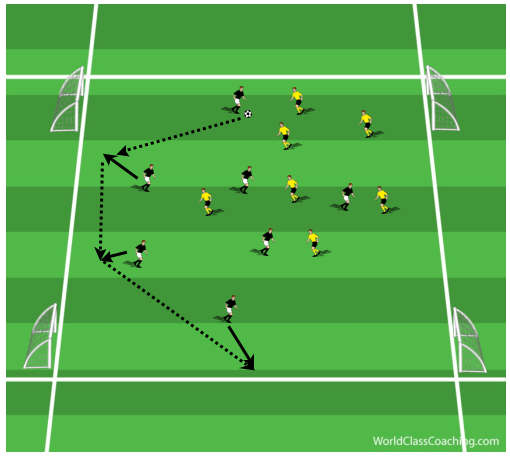 The first option is the easiest but also the slowest and most predictable, in order to successfully execute it the players must act quickly. For this second option tell your Striker to stand in between the 2 CBs to stop this ‘switch round the back’ happening. 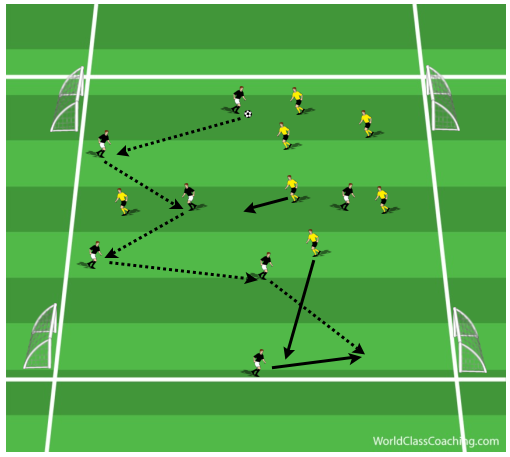 To speed the switch up you can bypass the 2nd CB. 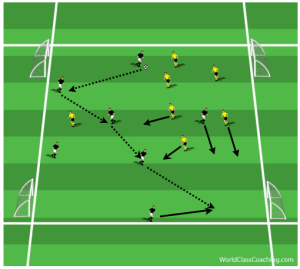 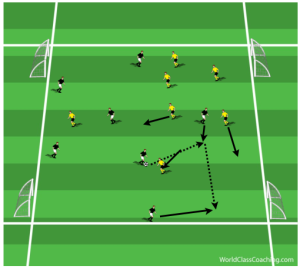 Phase of Play: Changing the Point of Attack: 25 mins

Now we change to attacking a central goal so it will be harder to score, but players should take experiences they have just gone through into this part of the practice. They should be able to see the ‘picture’ of the different scenarios appearing on the field.

This is to help with their being more space on the outsides, creating a 1 v 1 matchup with the WM v FB. It is now imperative that when switching, players continue to use the techniques and decisions mentioned to increase the speed of the switch to attack at different points after it. 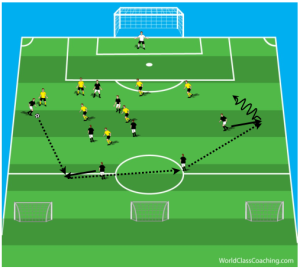 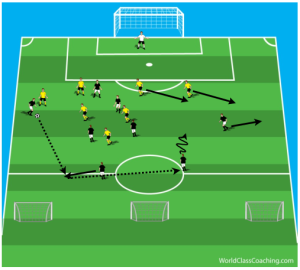 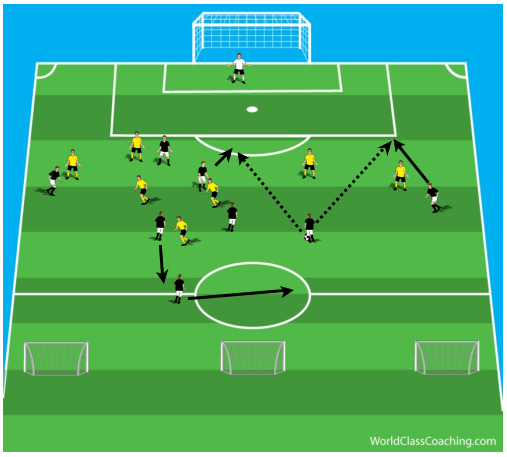 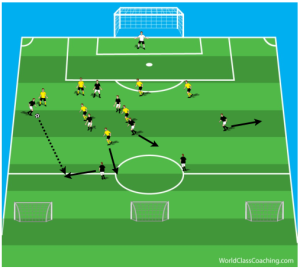 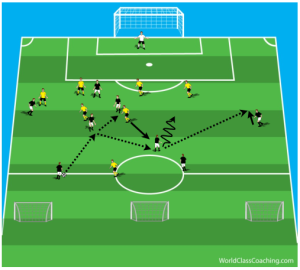 Now use the 2 teams with the same formations and players in the same positions to see when your players can spot when to start a switch, what decisions and directions they should chose during the switch and what areas of the field to attack from. 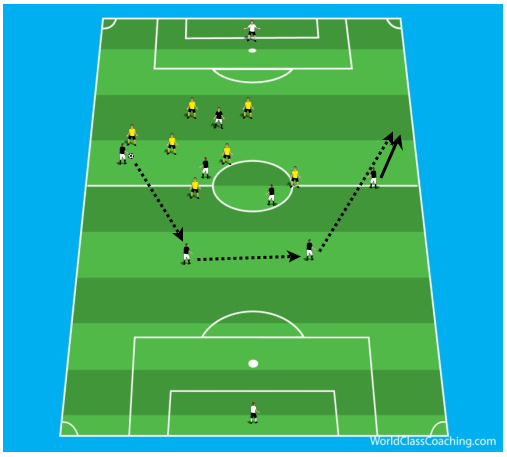 Throughout the session continually correct: