While commonly associated with a more defensive mindset, the 5-4-1 does allow for some creative forms of attacking football. Most notable of these is the use of attacking fullbacks making deep lying runs or counter attacking dribbles to exploit over aggressive opponents throwing numbers at the back five. The best way to utilize these options is to envision the formation as a 3-6-1 with the two wingers just dropping so deep they form the back five. The purpose is that you operate your backline as a back three with support rather than a back five, which will bog the fullbacks down with too much defensive responsibility. 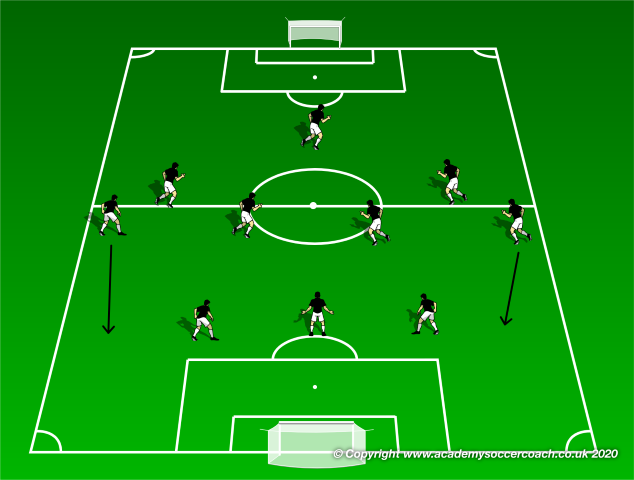 With this mindset, in attack, teams can realistically throw both fullbacks forward without cover since the back three should be able two deal with a single striker, and possibly even two up top. If this is too dangerous to allow based on the opposition, the cover should come from the 6 dropping into or in front of the back line. With two central midfielders this player can be designated as the player that drops, or it can simply be the furthest midfielder back as communicated by the goalkeeper/center back. 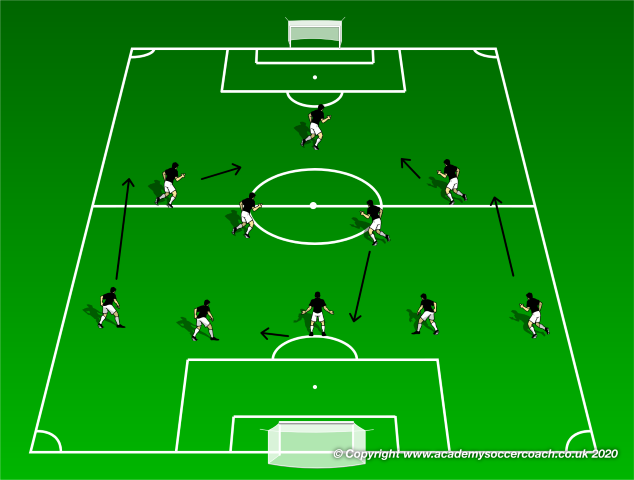 The opportunity to push both fullbacks forward may not present itself, the coach may want to play more conservatively, or keeping one fullback back can draw the opposition too far forward exposing gaps. In this case the defensive backline can shift in order to create a defensive back line, essentially becoming a 4-5-1 in attack, or even a 4-4-2 if another midfielder is pushed into a forward role. 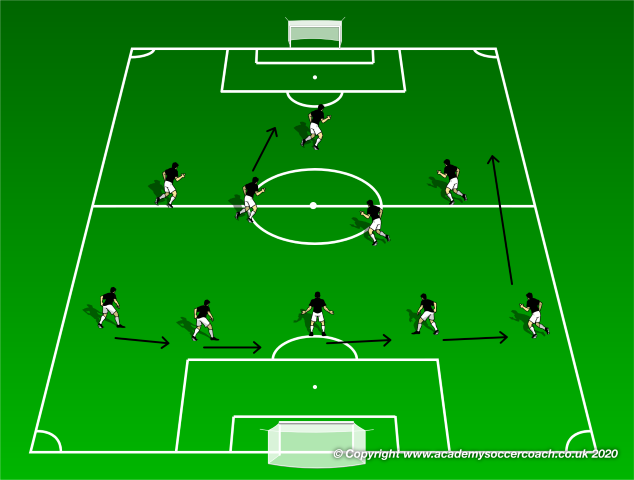 Ultimately, the 5-4-1 has a number of opportunities for teams to get creative with their movement from the back lines by attacking the opponent’s perception that the 5-4-1 is purely a defensive posture. By inviting the opposition to send numbers forward to try to create overloads, they themselves can become overloaded by leaving gaps of space behind their forward progress, and the 5-4-1 includes several traps that can be utilized when this happens. The keys, as addressed here, though are making sure you maintain a numerical advantage against the forwards and utilizing cover to balance the formation between its attacking and defensive responsibilities.