The purpose of this individual technique has two main purposes. First is to increase sprint speed by allowing for recovery between sprints to ensure that they are done at max capacity. The second is to help players begin to increase their ability to receive the ball at high speeds.

Setup:
Set up four cones creating three lines. The first line should be 10 feet, the second 20 feet, and the third 10 feet. Players line up at the first cone with a ball. A ball should be set up at the third cone. 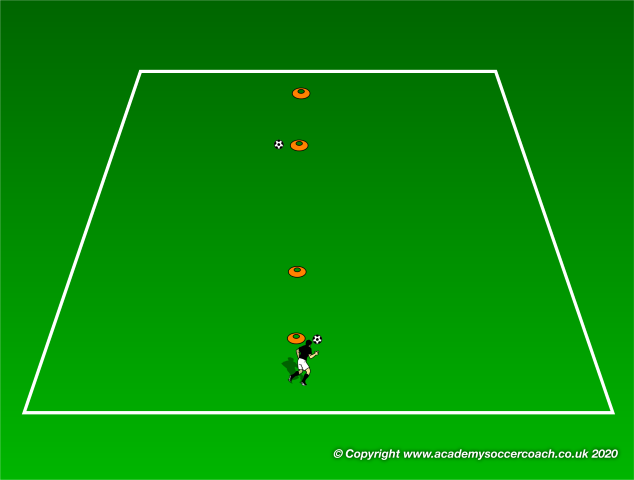 Execution:
Players start by dribbling with their right foot on the right side of the first cone. Once they reach the second cone the lightly play the ball to the left of that cone and then move in a dead sprint to the third cone. They should not slow their sprint down until they have passed the third cone and gained control of the ball, this is to simulate receiving at full speed. 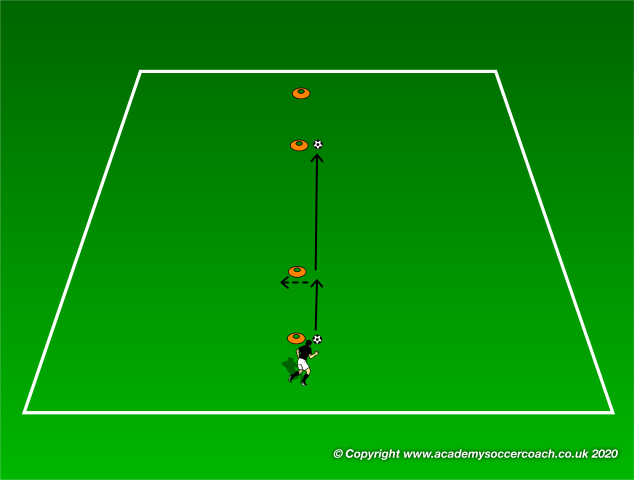 They then begin to slow down and take as many touches as possible while moving slowly towards the fourth cone. Once they round the fourth cone they should move to playing with their left foot back to the third cone and repeat the process they just did on the other side. 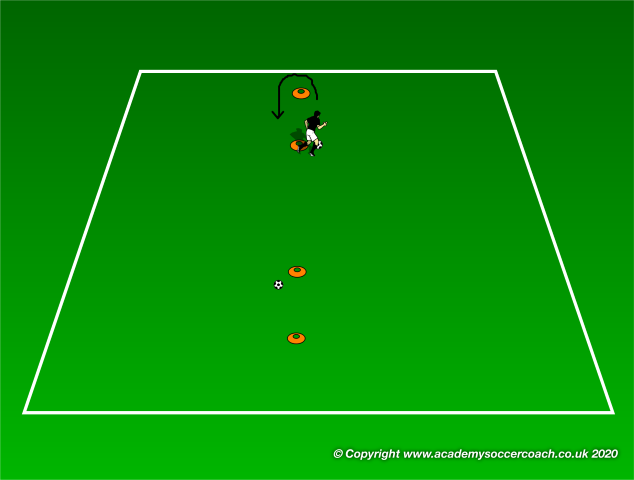 The process should be repeated anywhere between 5-8 times. Players should go slowly during the dribbling portions to the point where they are no longer out of breath when they reach the sprint area so they can sprint at maximum capacity.

Variations:
The type of dribbling done during the dribbling areas can be varied based on purpose or skill. Length of sprint and dribble zones can vary as well.