As the year progresses I like to add more functional activities to replace purely technical exercises. Not only do the players enjoy activities that are game related more I've also seen a greater transfer of training when I use them.

I prefer drills, exercises and games that are progressive; moving from low pressure to full pressure. They allow the player to have initial success but then be challenged by the ever increase pressure of space, time or opponents. This finishing game is a great example.

This game will work with six to 18 field players and one or two goalkeepers.

The game begins with a pass from the coach to one of the three attackers on the field. They combine and shoot to score.

The pattern continues with the coach calling, 'Yellow'. The player behind the yellow cone passes to an attacker while another defender enters the field.

The final ball is passed to an attacker and the third defender runs on to the field.

You can keep score of the total number of goals scored by each attacking group to create another competitive element.

This game was presented by Michael Beale, Liverpool Academy Coach, during a seminar in Australia. You can see more finishing games and exercises in Beale's book, 'Training Creative Goalscorers' . 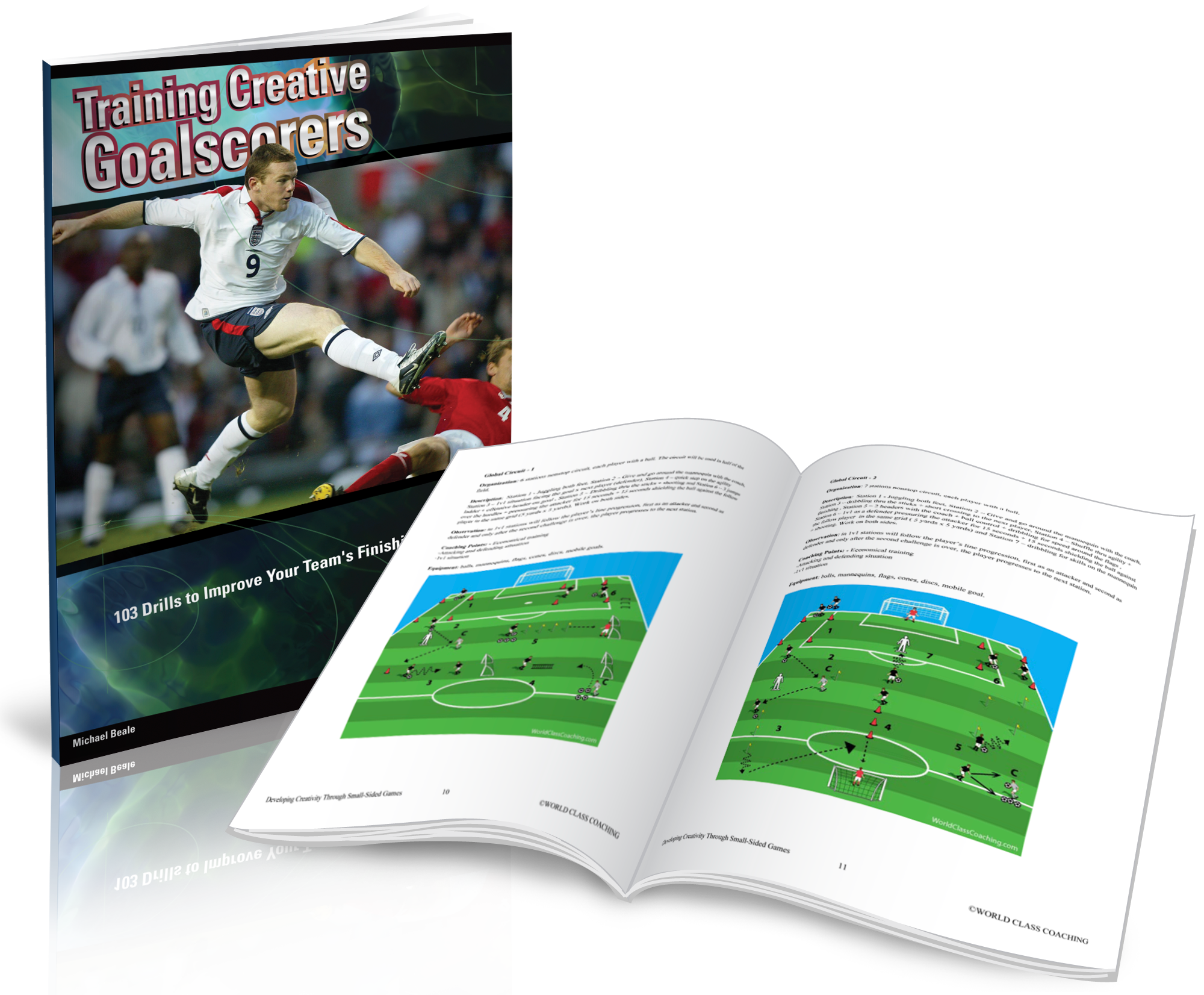 What is your favorite functional finishing activity? You can share it with other coaches by leaving it in the comments below.