Combining and Playing on Angles

Looking at combining through the middle, timing of runs and playing on angles 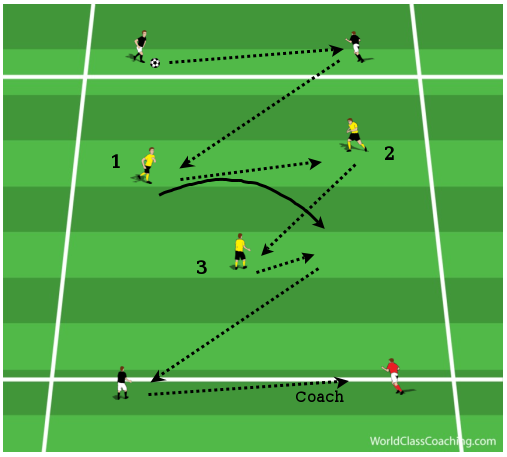 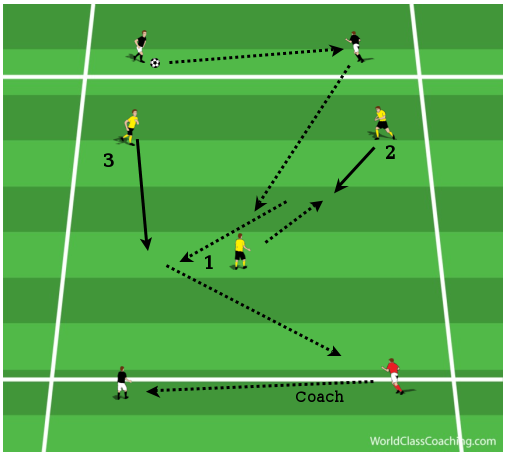 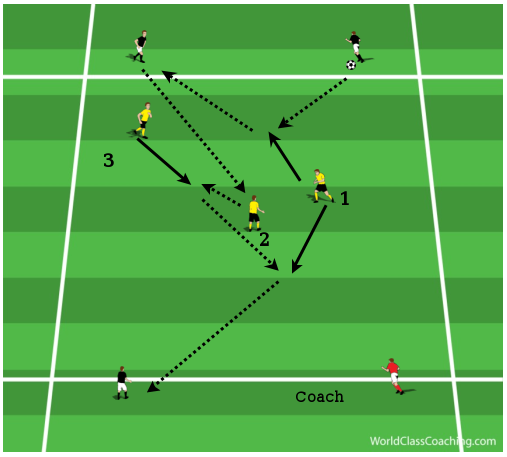 The diagrams below illustrate additional ideas for how this session could be delivered.

In the first diagram a line is placed across the central part of the grid to divide it in half. The coach can stipulate that no more than 2 players can be in 1 half of the pitch. This will then emphasize maintaining the distances and balancing off.

Another line could be introduced down the central part create 4 areas and again the coach can stipulate that there can be no more then 1 player in each area. Or even create 3 zones to emphasize the low, medium and high. These are just a few ideas for the coaches to help encourage specific outcomes. 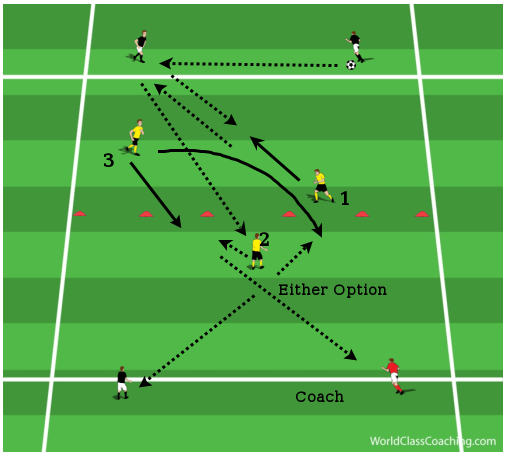 The last diagram illustrates the use of two groups working within the same grid. One group is working up and down. The second group is working across left to right, right to left. The two groups therefore work between one another, which will challenge the players with their awareness, movement, and decision-making.

The next progression would be to carry this into a possession game. 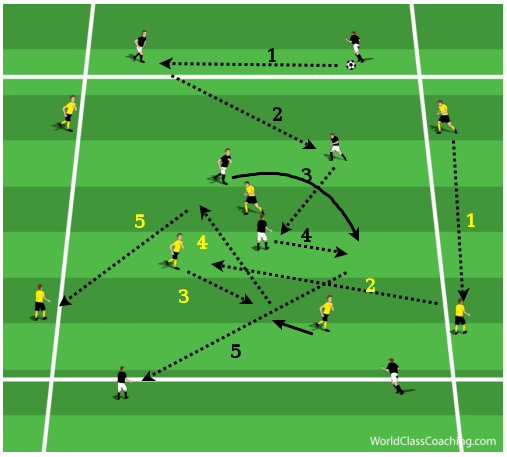