Setup:
Three to four sets of the triangles are set up as shown in the first diagram. Three players are in each triangle and set up on the cone in each location. Distance between cones should be about five yards within the triangle and 15 yards between triangle sets.

Execution:
Players execute a series of predetermined passing sequences as shown in each diagram. Players should eventually become so adept at this warm up that it can be led by the players with the switching of the patterns being done by the leaders of your group. Spend approximately three minutes on each passing sequence before switching sides. 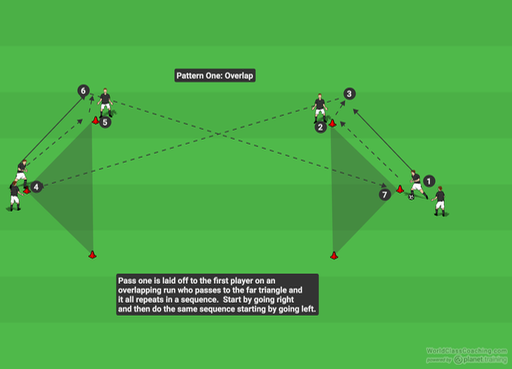 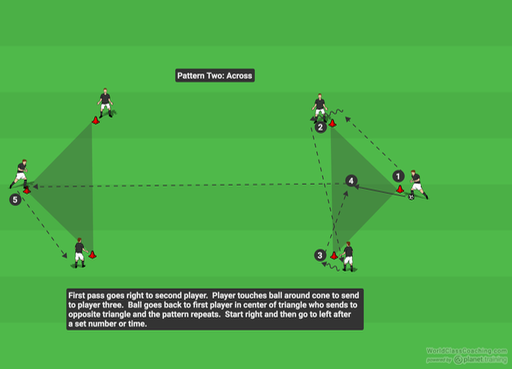 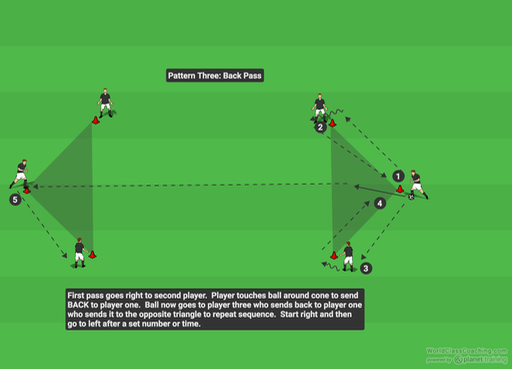 Variations:
1. Coach can set up competitions between the groups to see how many passes in a pattern can be accomplished in a set amount of time.