This continuous passing pattern exercise is an engaging way to develop anaerobic endurance along with technical skills of passing. It is especially suitable for medium and advanced level players as in order to achieve physical objectives, it requires constant concentration and high intensity technical work. Once the players learned the rhythm of the practice, it is highly effective method of achieving specific fitness goals.

Set up four cones 10-15 yards apart and one in the middle. Organise three players as shown on the diagram below. One player on a bottom left cone has a ball. For a larger groups of players, organise separate squares to work in. 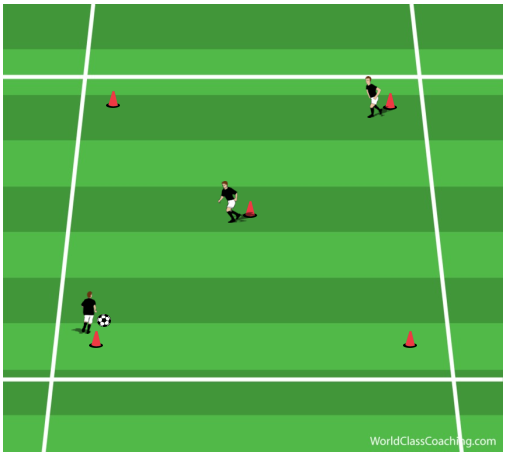 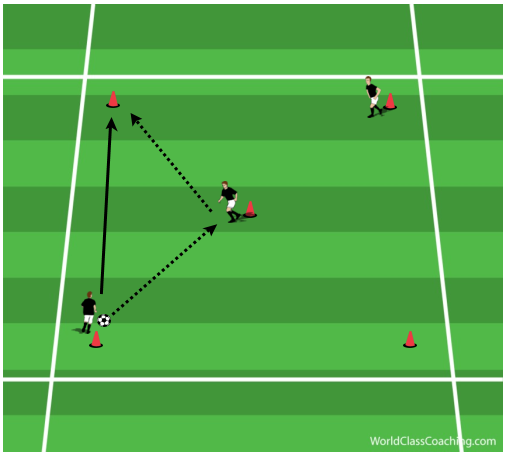 After the ball and a player reach the top left cone, the ball should be passed to the player on the top right cone. 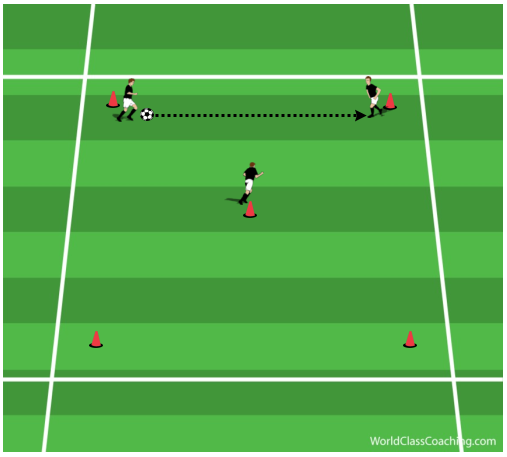 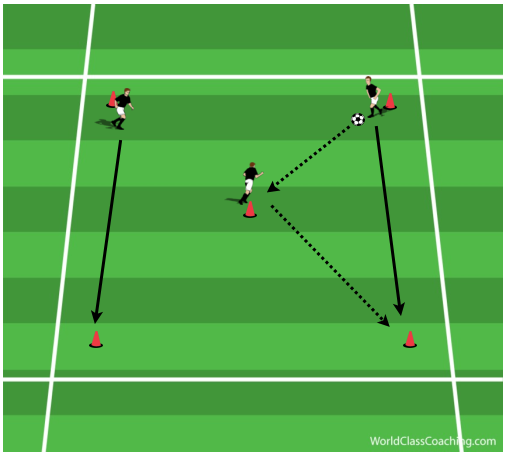 The last stage is a pass back to the starting position, a player on the bottom left cone. The exercise starts again and continues for a set amount of time. 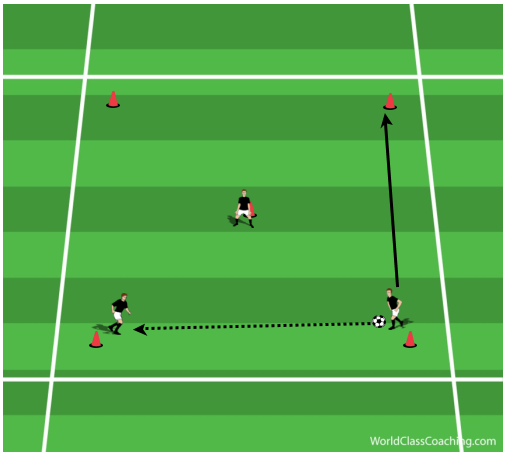 The exercise should be continued 1-2 minutes in 6-10 repetitions. That should be repeated in 2 series. It is recommended to make 1-3 minutes rest between repetitions and 4 minutes between series.