This practice have multiple outcomes in the technical corner including passing, receiving as well as movement off the ball. In addition to that, it develops the capacity of the body to recover quickly, what will lead to producing more high intensity actions throughout the game. That happens due to development of aerobic energy system. The practice can be well adapted to different age groups, number of players and ability levels.

Set a square of approximately 15 x 15 yards, then further divide it into four smaller squares by putting a cone in the middle of it. Organise a group of players inside the square and prepare sufficient amount of ball so the ball to player ratio is 1:4. More players will mean bigger area as well as more balls involved. 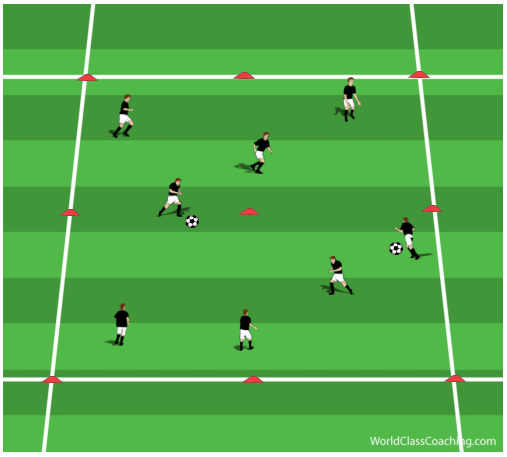 The players simply pass the ball to each other but need to follow couple of important rules. First one is that the pass can only go to the player positioned in a different square than the passer. 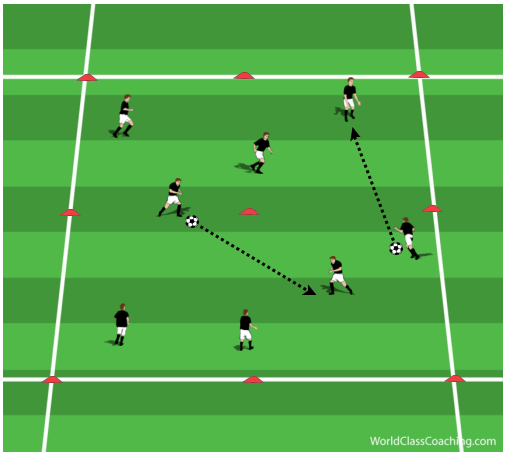 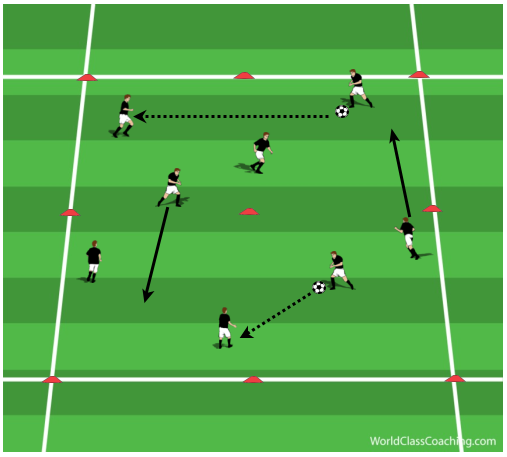 As a progression, one or two defenders can be added. They will try to get in possession of the ball and dribble out of the square to score points. The ball is then passed back to the attackers. The previous rules still apply to all the players. 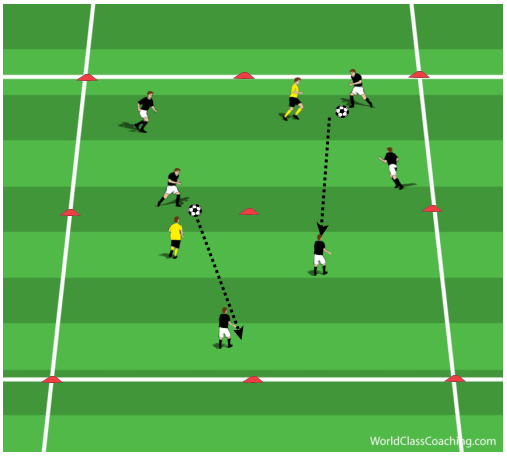 The practice should be played for 4-8 minutes and be repeated 4-6 times with 2 minutes rest periods in between.