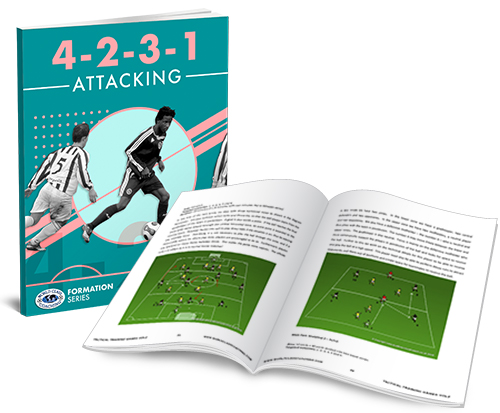 Basic Principles of Play With the Ball

Possession, Key Attacking Principles, Movements and Variations Without the Ball

The 1-4-2-3-1 system of play offers a wide range of different game plans, as the players shape 4 starting lines on the field and the four attacking positions in front of the two center midfielders there ensure many options for possession and attacking phases, providing numerous passing angles to exploit, creating different patterns of play (everything depends on the creativity of the attacking players on and off the ball). It can be considered as an evolution or a development of the 1-4-3-3, making the holding midfielder an advanced pivot (advanced midfielder or second striker) and asking the outer midfielders to be positioned more centrally... 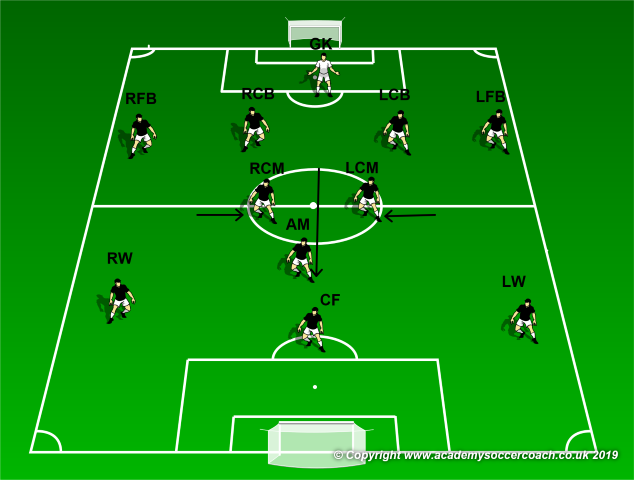 ...or a development of the 1-4-4-2, as 1 forward is positioned behind the striker, and the wingers play in a more attacking minded way 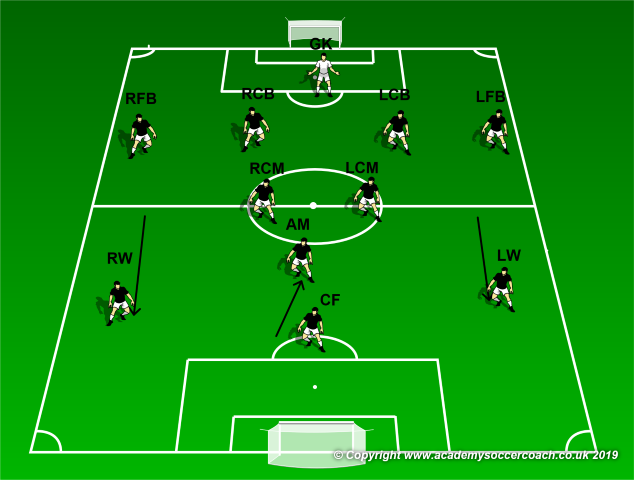 The wide range of potential different styles which are linked to this system of play and the variations within a single match, depending on the phase in which the team is involved in, are the reasons why the 1-4-2-3-1 formation has been so popular during recent years. As instance, during the attacking phases it can be shaped as: 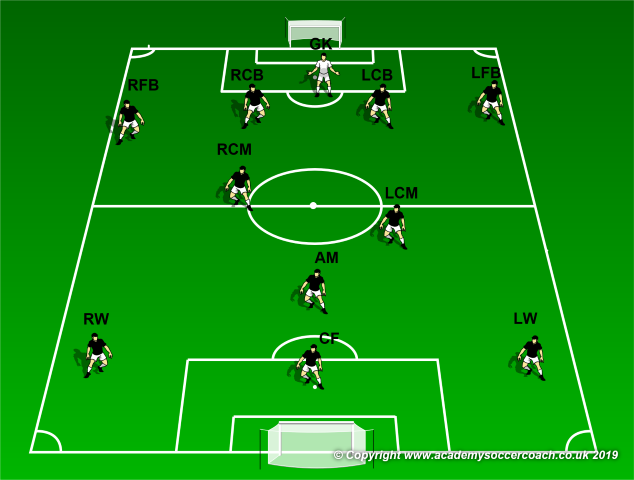 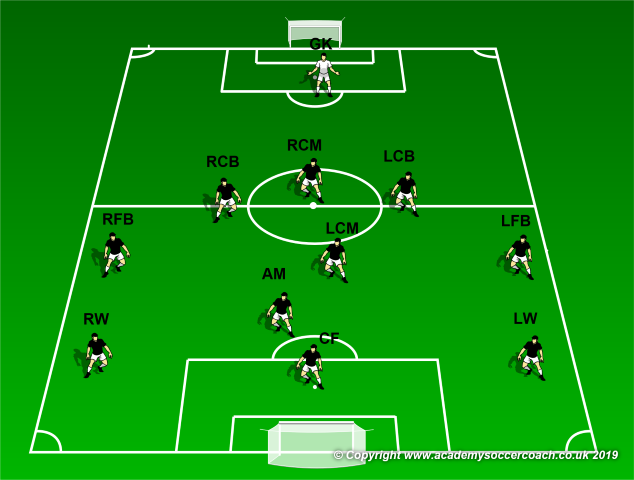 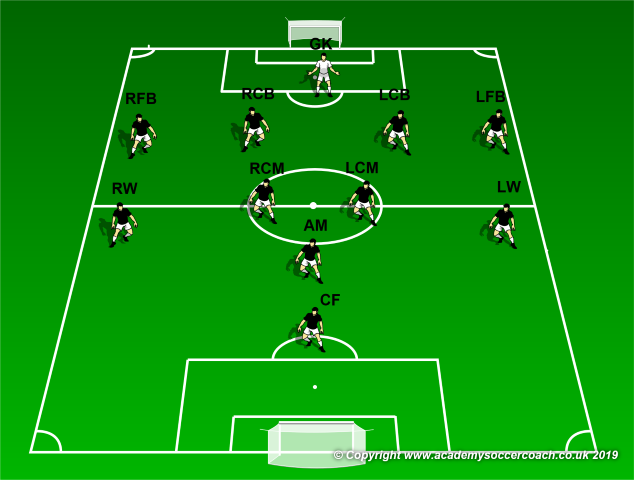 The 4-2-3-1 can be hard to face because usually a player or 2 are easily positioned in every part of the field by the possession team, mainly in the center and throughout the middle third; the starting 5 players in that area create 2 lines or positional triangles around the ball that usually ensure numerical advantage, defense balance thanks to the center midfielders and many attacking solutions thanks to the 3 advanced midfielders. 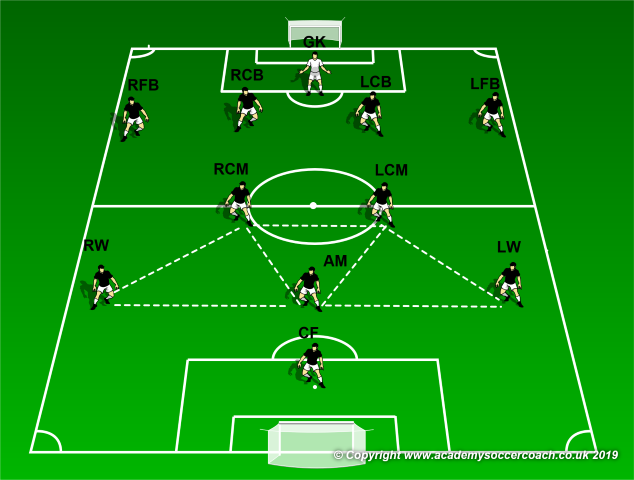 The positional play organization is made easy by the starting positioning of the players, who are not forced to make too deep or too wide movements to create options for the teammate with possession, just stating in their positions. 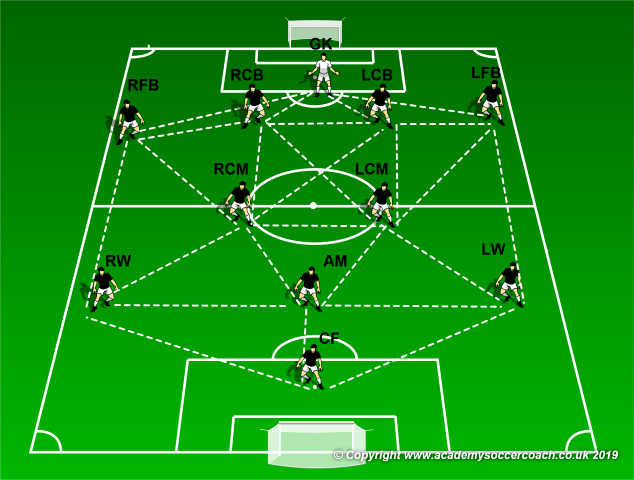 Looking at the developments of the possession and attacking phases, other combinations of triangular positional play become very clear: 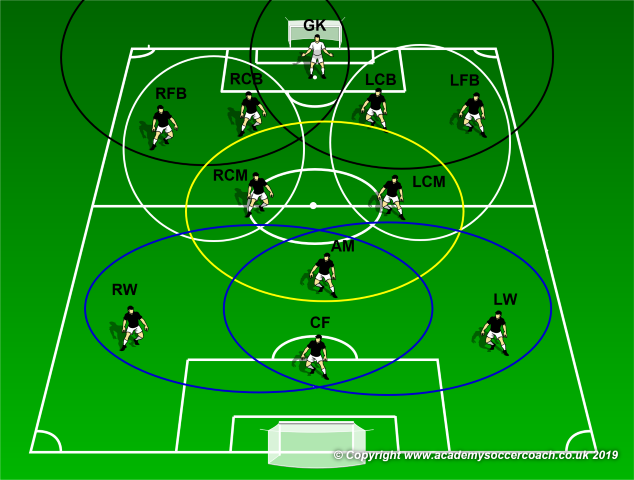 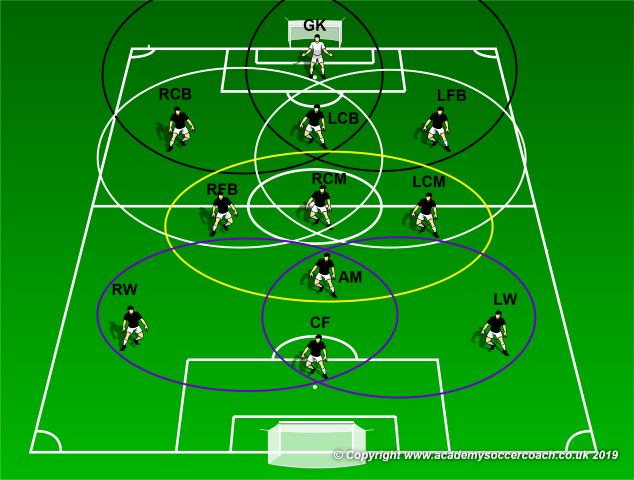 A decisive characteristic is to give the team many chances to overload the half spaces, inside the defending half with inverted fullback + dropping back midfielder... 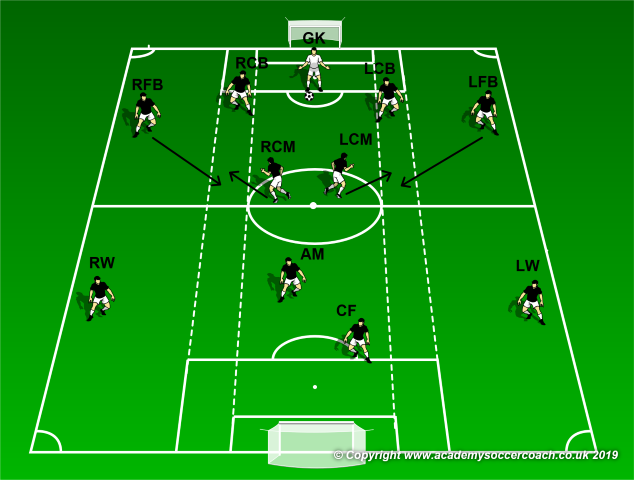 …or through inverted fullback + dropping back midfielder + opposite midfielder who shifts across and the advanced midfielder just on the other side of the middle line. 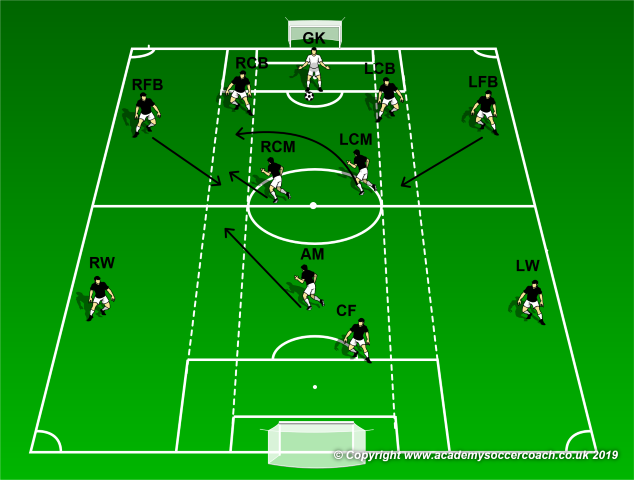 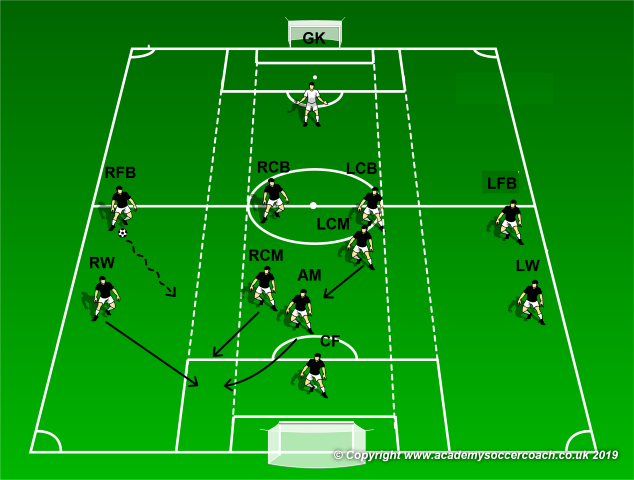 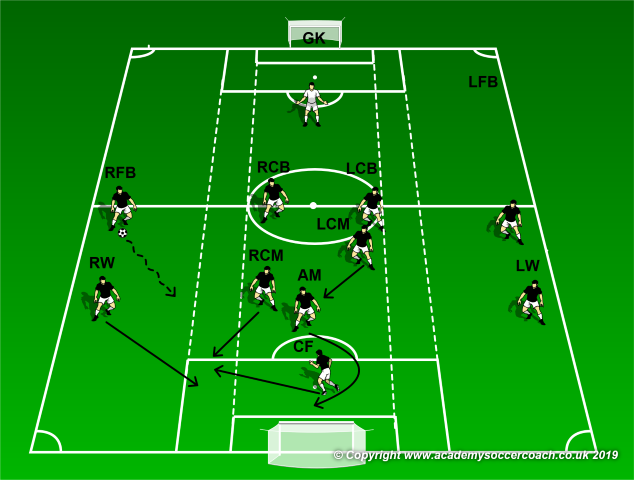 • 2 center backs line in front of the goalkeeper and 2 fullbacks who are expected to help the team’s attacking phase, while also remaining solid at the back. 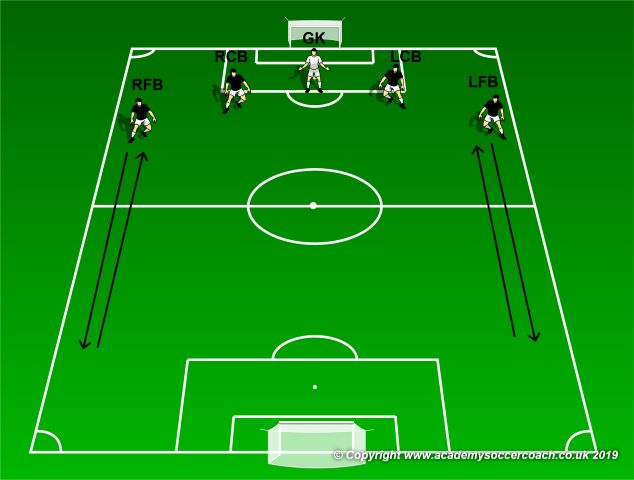 • 2 central midfielders start in front of the defenders. Their positions and style of play can be vary, depending on the players available and the opposition they are facing; one deep-lying holding midfielder, who provides balance, and one play maker is the classic shape of the midfield duo. 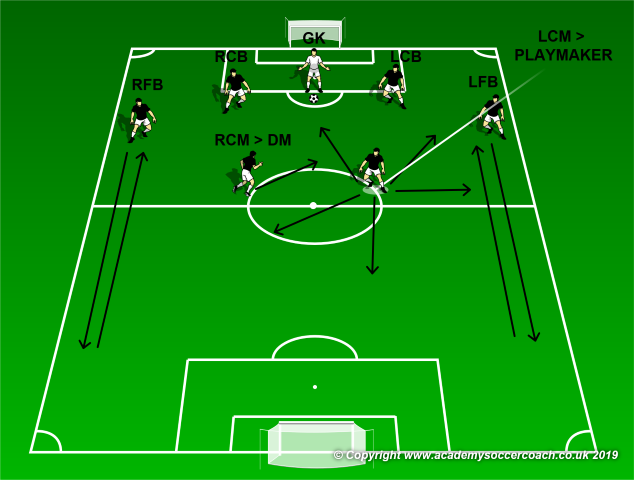 • 3 advanced midfielders are positioned in front of them up on the pitch, allowing the team to have flexibility. A mix of players with different skills can be included in the 11 starting squad in these positions, as well as substitutes, and that is the main reason why 1-4-2-3-1 is so flexible. The main difference can be found along the flanks, where wingers can play:

1. With the right foot along the sideline... 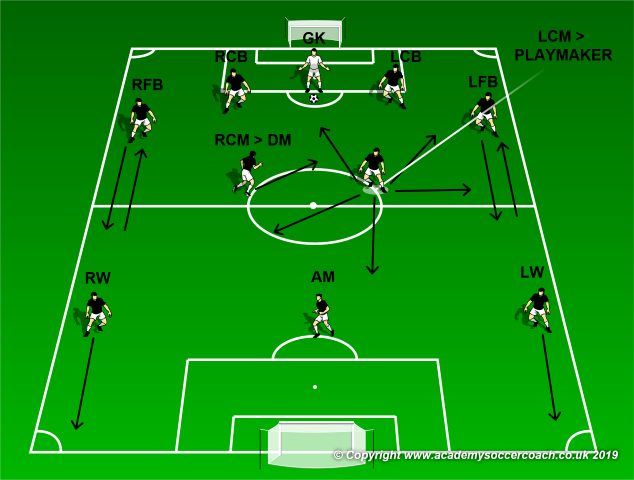 2. ...Or as inverted wingers (Bayern Munich's former wingers Franck Ribèry and Arjen Robben are maybe the most famous examples in these inverted roles. 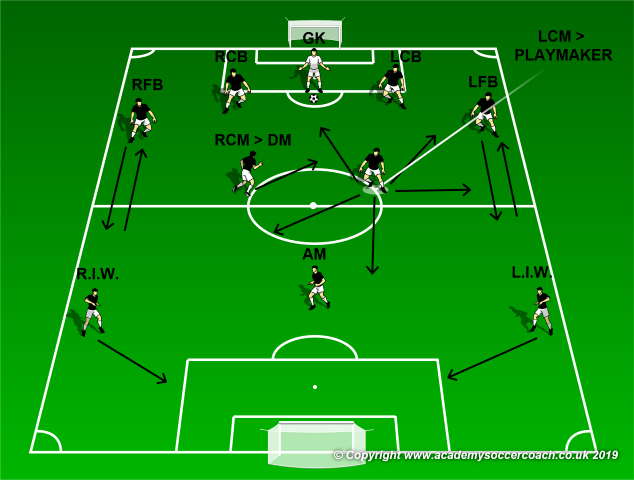 • The center advanced midfielder could be considered:

1. As second striker behind the center one, mainly taking part to the finishing stages of the attacking moves and shaping a type of 1-4-2-4 while attacking... 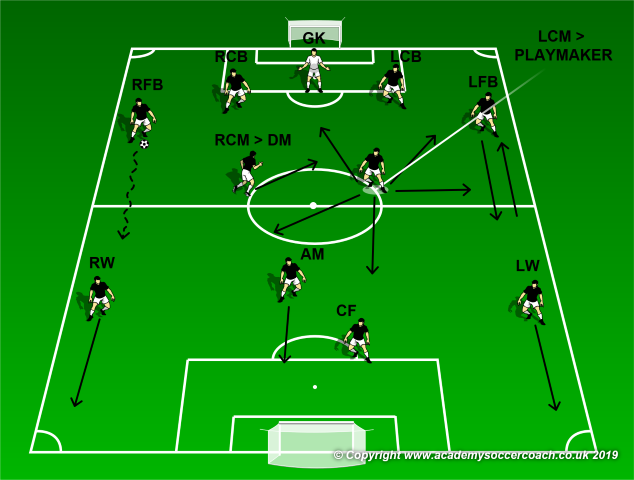 2. ...or as a second advanced play maker, if the wingers are inverted, leaving space for them in the center to dribble to or to run to shaping a midfield trio on different lines. 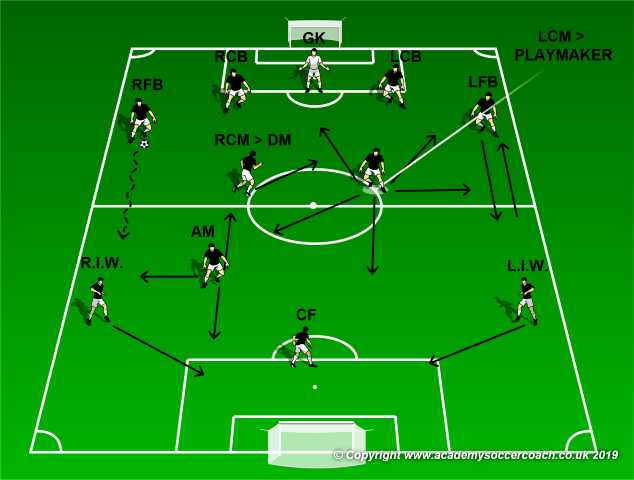 • The center striker either can be:

1. A quick attacker who can run in behind the opposition’s defense… 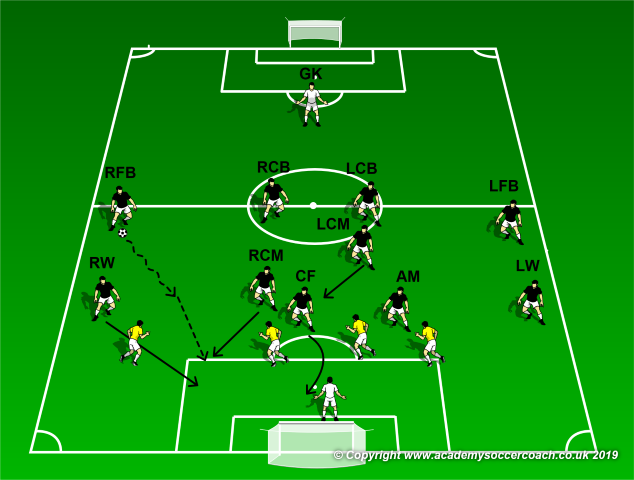 2. …A target teammate being focused on maintaining the possession to allow the other teammates to run in behind, wide or as back support… 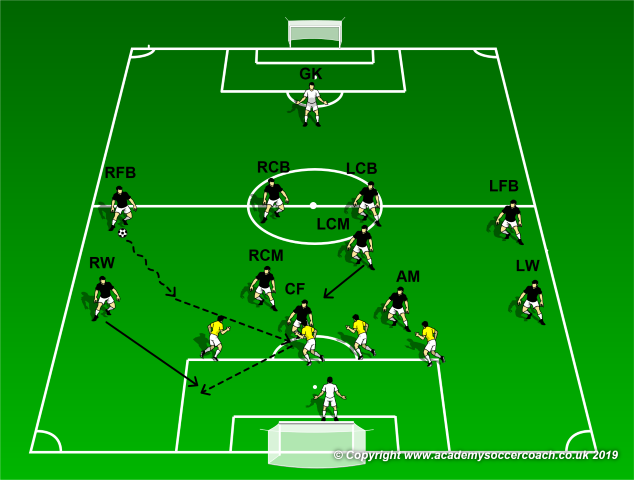 3. …A false number 9 creating space behind for wingers or any wide teammate to run into 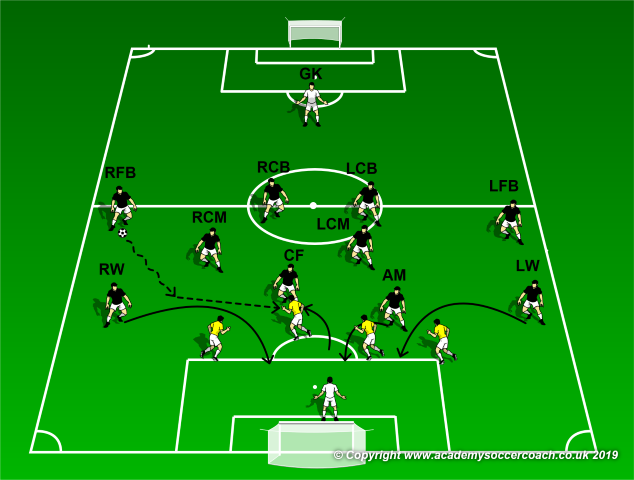