This modification of 1 v 1 scenario involves an option to use a teammate or go individually. It therefore creates more decision making than in a typical 1v1 situation and is more realistic to the game. From the conditioning point of view, it trains anaerobic energy system which is responsible for high intensity and power based actions during the game. The practice is also very enjoyable for the players as they get on the ball a lot and make a number of decisions, but at the same time it is very demanding physically.

Organise an area of approximately 20x35 yards. Place to small gates (5 yards width) at the end lines as shown on the diagram below. Organise four neutral players outside the area, one on each end and two players inside the area (one attacker and one defender). Make sure there is a good supply of balls. 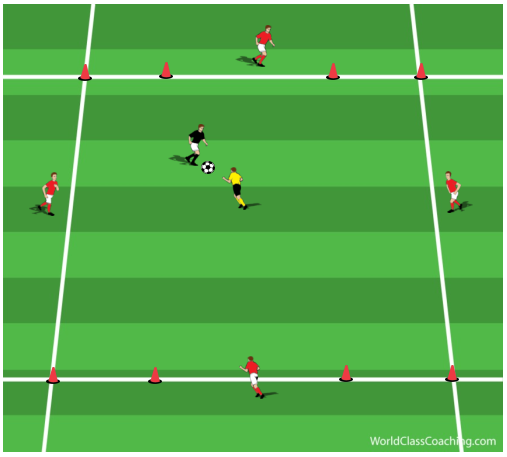 The game starts with the player on the ball trying to dribble past two small gates on one of the ends (direction set by the coach before start). Second player tries to get the ball from the attacker and attack opposite end. Outside players can be used for support. 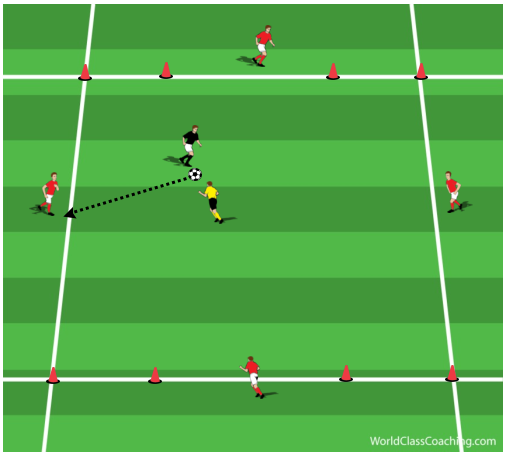 Outside players are only allowed maximum of two touches (one as a progression) to make sure the ball comes back into play quickly. That forces the attacking player to make immediate movements off the ball to receive. 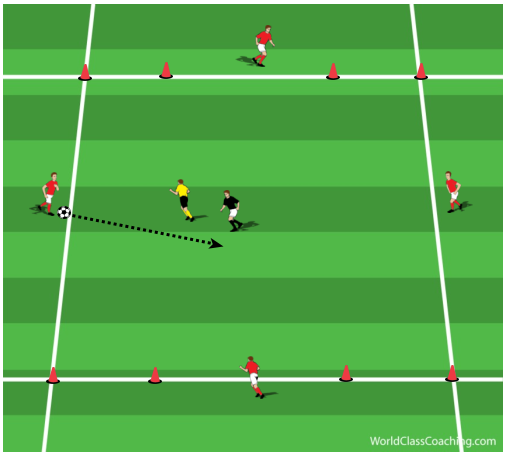 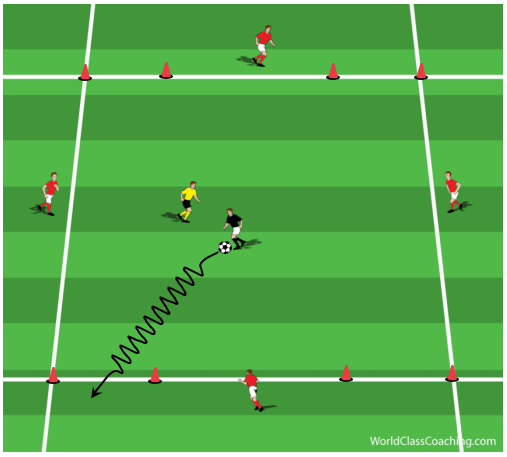 After the attacker dribbles past the gate, he passes the ball to the neutral player on the side he dribbled through, who then becomes attacker and attacker becomes neutral player. Apart from that change, regular rotation of players should be employed to ensure appropriate work to rest ratios. 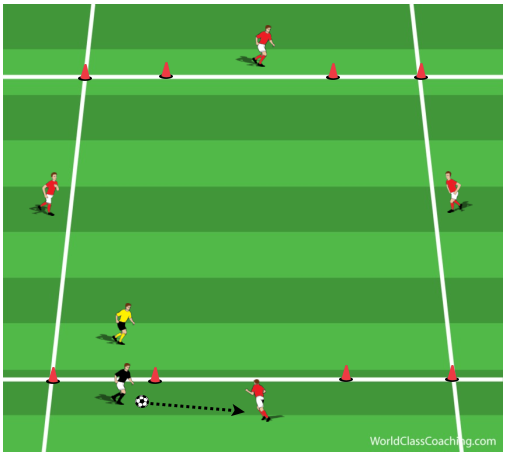