The Switching Play Possession Game is highly engaging and high intensity game aimed mainly at more advanced players of higher ability. It helps to develop power to recover what helps in producing anaerobic actions more often. The practice strengthens aerobic energy system which generally acts as a platform to all football actions. From a technical and tactical point of view, the practice is focused on switching play and a combination of short and long passes.

Organise an area of approximately 10 x 15 yards. Divide it further into three zones of 5 yards (middle zone can be slightly longer). Organise a team into three groups of four players. Two groups are positioned in the end zones. Two players from the third group are in the end zone where the ball is and the remaining two are in the middle zone. Prepare a supply of balls. 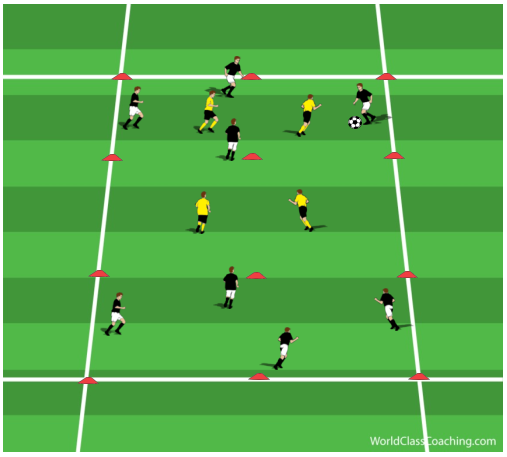 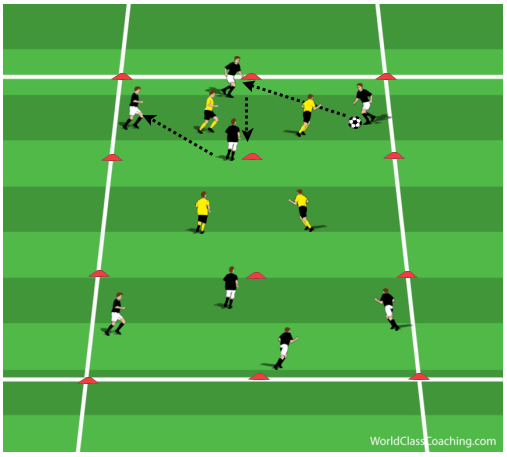 After five passes are made, the team in possession tries to transfer the ball into the opposite end zone. If successful, the two defenders from the third team that were in the middle zone go to pressurise and the two from the previous zone (where the ball was) position themselves in the middle zone. 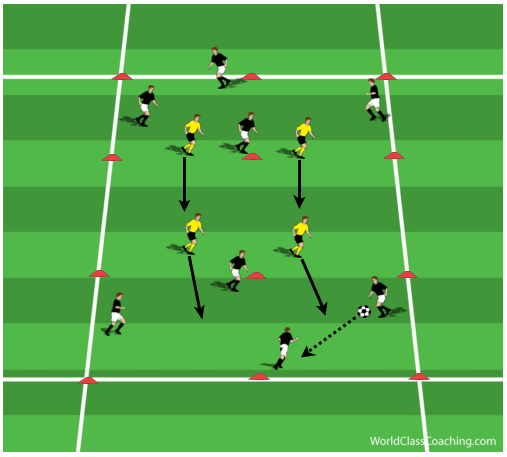 Again, the team in possession tries to make 5 passes in the end zone before trying to transfer the ball into opposite end zone. If the defending team wins the ball, they change with the team that has just lost it. 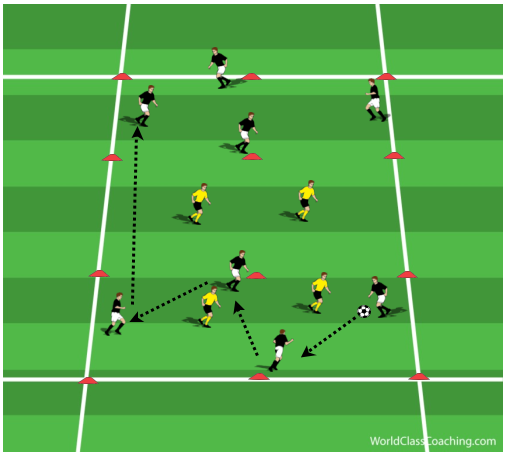 The game should be played 1-3 minutes and repeated 6-10 times in 2 series. The rest period between repetitions should be 3-1 minutes and between series 4 minutes. The ball should be supplied immediately to ensure the tempo.