These two tactical concepts are key in every area of the field for a team that likes to play possession-based soccer. This session focus on the general macro aspects of spacing and supporting. One could say that is an introductory session to these principles.

Warm Up
Split the group into three teams. Possession small-sided game where two teams keep away from one. In the diagram below blacks and yellows are keeping it from the reds in a 6v3. 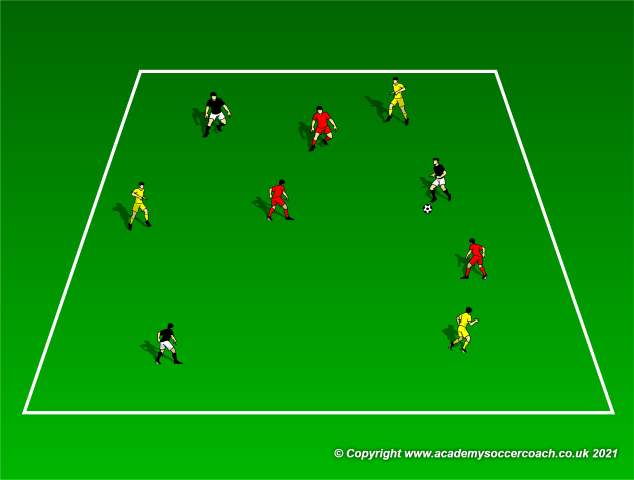 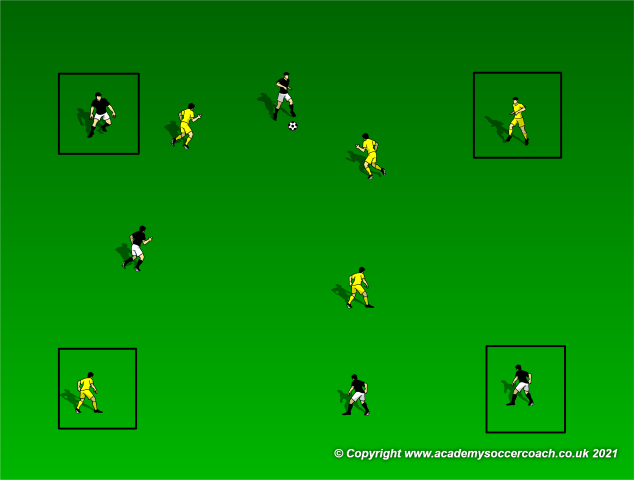 COACHING POINTS:
- Head up and space
- Search for passing lines and good angles
- Think ahead. Plan what you are going to do with the ball before receiving it
- Check your shoulders

Activity 2
In this next activity, we split the group into four different teams. In the example below, each team will have four players. The goal is to keep possession for a set numbers of pass and then transfer the ball to the next square. One point for every time the team achieves it. If one team fails to keep possession, the coach will serve a new ball in the square right next and a player from the team that just messed up goes to defend.

The game goes clockwise. So, the team in possession in the diagram would pass to the top right square and the same defender keeps going to the next square. This team would then transfer the ball to the bottom right square. This team, different than the others, would pass the ball to the coach after all because the yellow team is the one defending in the moment. If this happens, one extra point for all teams in possession. 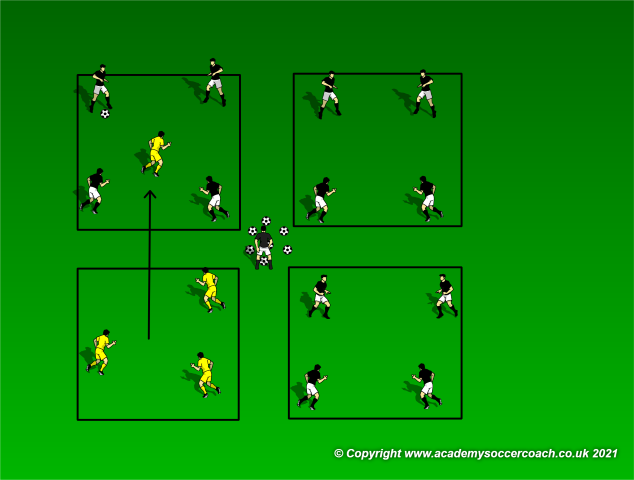 COACHING POINTS:
- Move to support
- Make the square as big as possible
- Don’t rush on the ball. Attract the defender to you and then release it to an open teammate 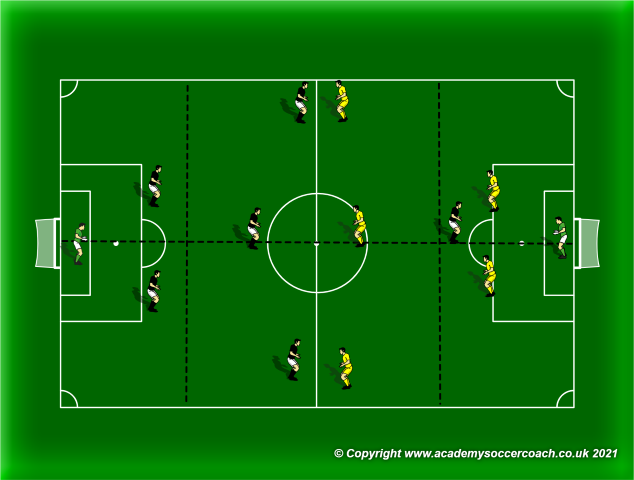 COACHING POINTS
- Sometimes your best option is behind you
- How can you overload the opponents in your zone?
- Realize when to give your teammate space to dribble and when to check in to support