Overlap is an action associated mainly with full backs running around wingers when in final third. However, it can be used all over the pitch especially to execute in 2v1 situations. Overlap is a very good tool in overloaded and underloaded situations if done at the right time. It confuses the defender as it forces him to make a decision whether to follow the runner, which creates the space or stay in position which might allow the attacking team to play into the free space.

1st drill is simple and can be done even with younger age groups. Players positioned in pairs, one behind the other in 2 groups. Players constantly repeat the same action. Pass across to the partner (1), partner attacking the middle cone while the player overlaps (2), and release the pass just in front of the defender (3). If the players get on with it well, we can add a passive defender inside who will either press the ball, forcing a pass to the spare player. Or he might follow the runner to allow player on the ball to drive in the space. 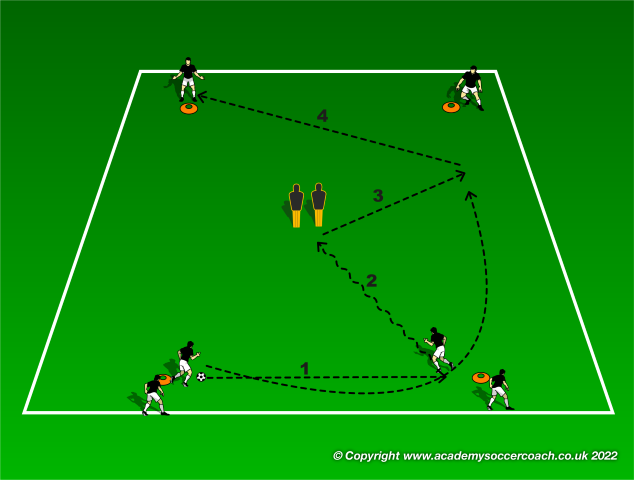 2nd drill can be introduced in coaching the 3rd man run but is also very useful to improve the timing of movement based on inviting the pressure on the ball and making runs away from it to allow the player on the ball more space or to create space for a pass forward.

Spilt players in 3 groups. Rotate them every few mins. The drill can work continuously for a long time as players with the ball move around and are able to start it again after each set is finished. 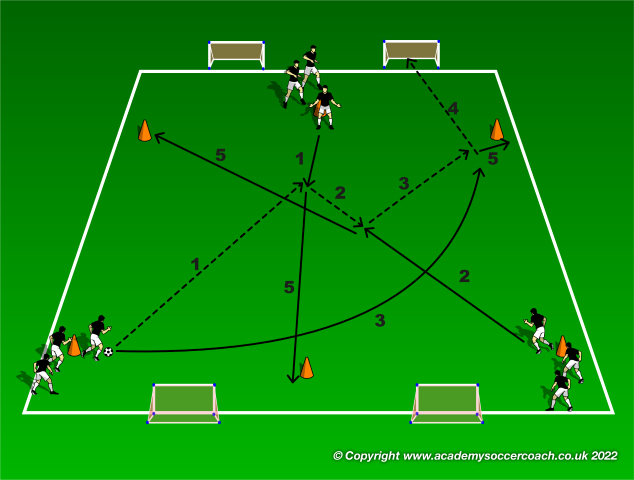 3rd drill to teach the players the overlap and test them after working unopposed would be a 2v1 game which can go into 3v2 or into a transition game where one team attacks in a 2v1 and the other one reacts and counter it with a 3v2. 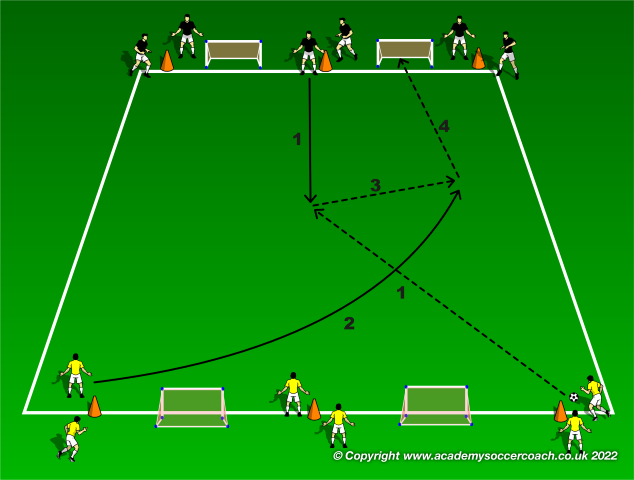