Area Size: This activity can be done on a full-sized field or in smaller spaces depending on the needs of the coach and team sizes available for training. The two diagrams represent the two approaches.

Teams: Two teams of various sizes depending on the space used

Setup and Execution:
Full size field (or smaller depending on numbers) is set up with two full size portable goals twenty-two yards from the end line facing the end line (opposite of normal goals). Two teams are evenly divided and attack the opposite goal just like a normal full sided game. 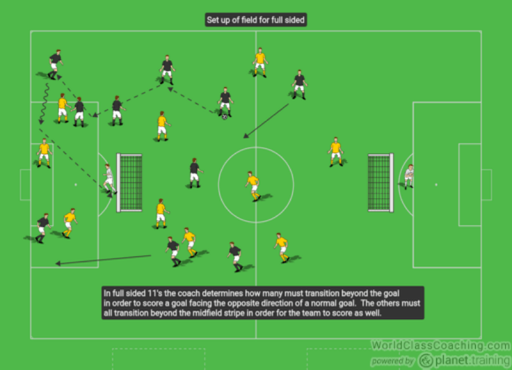 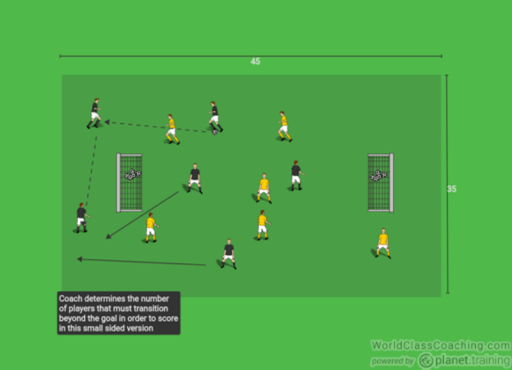 Variations:
• Coach can determine how many must transition to beyond the opposite facing goal.
• All players must cross midline on attacking team in order for a goal to be scored.
• The coach can adapt this full-sided game to a small-sided game with mini goals and no keepers as shown in the second diagram. 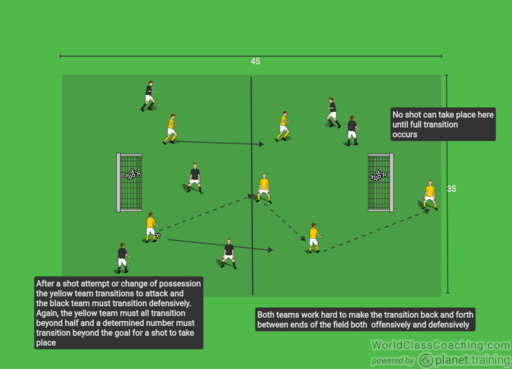