This exercise is focused on developing functional strength to improve individual ball possession skills under pressure. That will help the players to stay on the ball for longer periods of time if needed and be confident in manipulating the ball when pressurised and doubled up. From the conditioning perspective, the practice develops both upper and lower body strength as well as strengthens the core. It also contains an element of acceleration over short distances.

Set up a square of approximately 15x15 yards. In the middle of each side of the square, place a bigger cone. Divide the players into pairs. Each pair should take a position on each of the higher cones. First player in front of it, second in behind. Prepare min. 6 balls to supply. 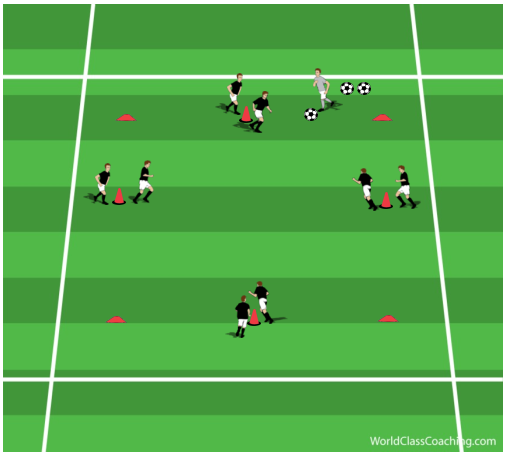 The game starts with a coach playing the ball towards the centre of the square. It is important to make sure the ball is passed as close to the centre as possible. The players then compete for it and try to be first to get in possession. 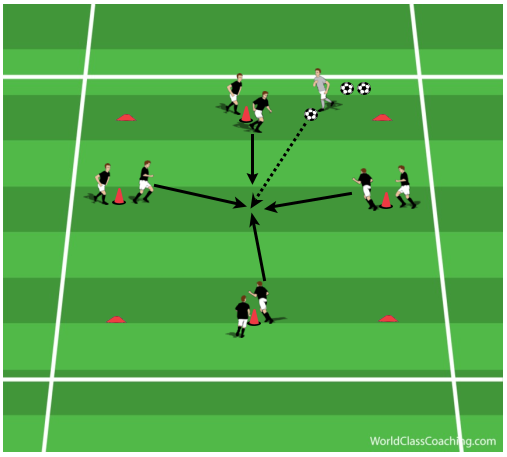 The first player to the ball tries to get in possession and keep it under pressure of three remaining players competing for the ball. 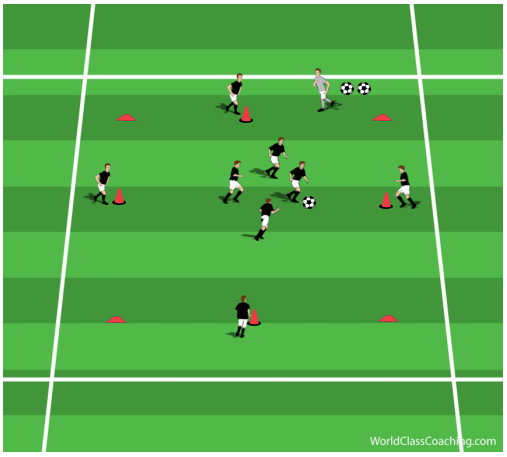 The first aim of the player in possession is to make 5 touches with the ball. That can be adapted and changed into 5 seconds as an alternative. 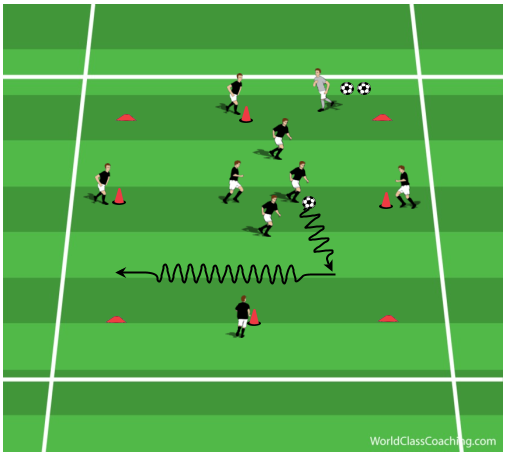 After 5 touches are made, the player in possession tries to pass the ball to his partner or dribble outside the square. The player that completes that, gets a point and the game is restarted (roles change in each pair). 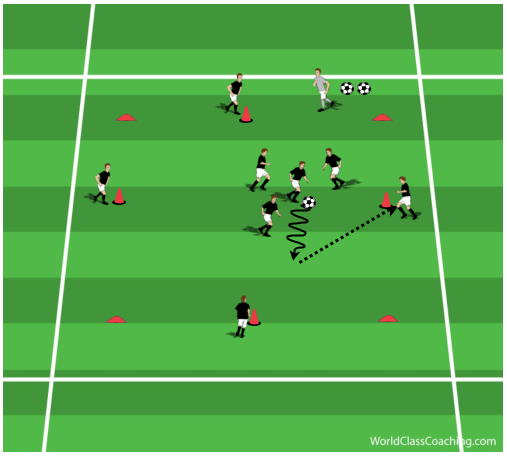 The game should consist of 8-12 rounds (number of times the ball is played in by the coach) in 1-2 series. There should be 4 minutes rest between series. The rest period between repetitions is managed automatically as the roles change in each pair.