The #9 is easily the most identifiable role in the whole sport. The idea of the strong, powerful talisman baggin 30+ goals is an image every player shooting on the net in their backyard conjures, but is the 9 a necessary role that every team has to field? What if your best player is the #9 but playing so high up the field means he never gets the ball? What if no player on your team fits the role? Here are a few possible alternatives to playing with a striker. 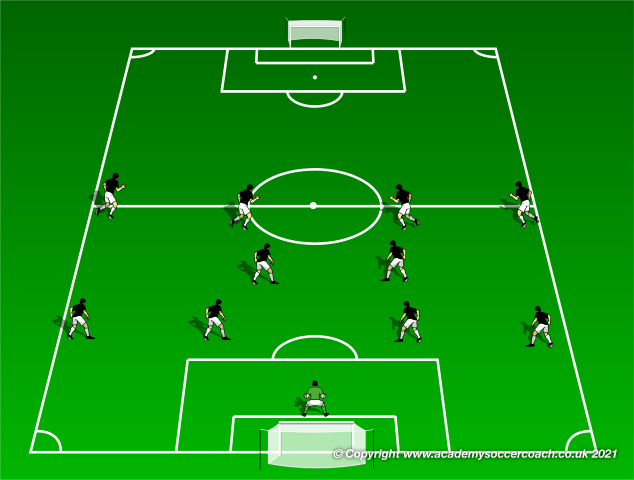 This one really is not too far removed from the 4231 formation except instead of playing a 9 the 9 moves into a 8/10 role with a midfield pairing. This way either of those players can push forward to create depth in the formation, or none can. Since you have 4 backs and defensive center mids wingers can actually become the 9 on the backside, allowing them to sneak into the blindspots of the oppositions back line. 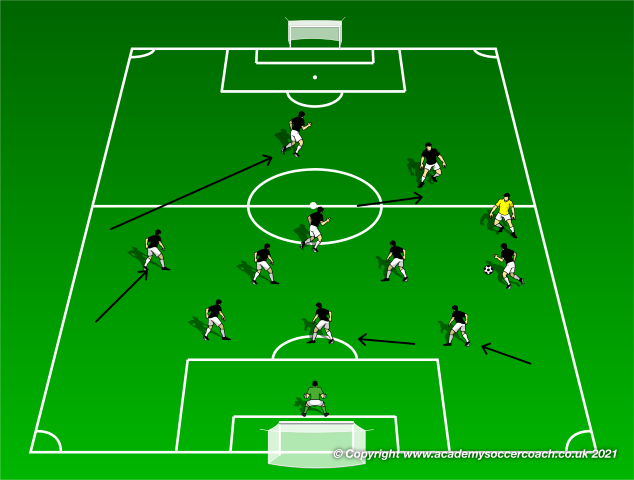 An example would be the ball is coming down the right side of the field (facing out from your goalie) and the ball is then won by your team. The midfield pairing can provide short to medium range passing options, the 3 can sneak forward to create width, and the 11 can slide into the 9 role creating the depth for the attack, all while coming in from an unorthodox angle for the defense. 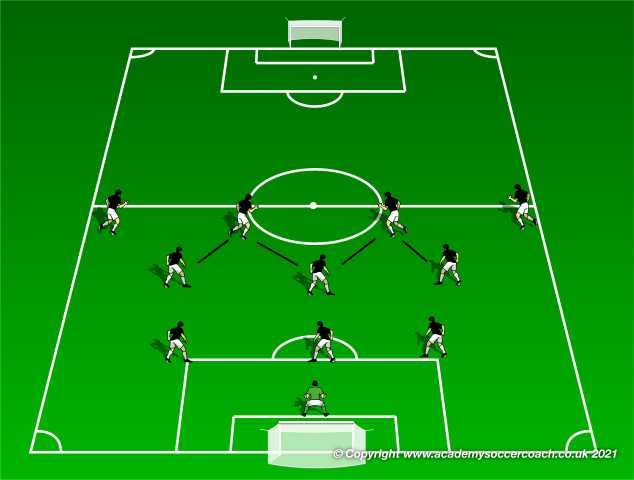 In this formation you are creating an M in the midfield with winger support, since you have three defensive midfielders it also becomes much easier to play with a three man back line. The key to this formation is fluidity. It is not that you have no #9, it is that anyone can be the #9. The #9 can pop up at any time to test any perceived weaknesses in the opposition backline. Any of the players on top of the M are the most obvious options, but just like in the 4-2-4-0 formation the wingers can slide backside to take the role. In addition the three CDMs have plenty of cover and can make a surprise run into the #9 role from deep, and have the other two CDMS slide to cover the backline still. Even the backline can flip roles, but simply having one of the CDMs drop into the backline. 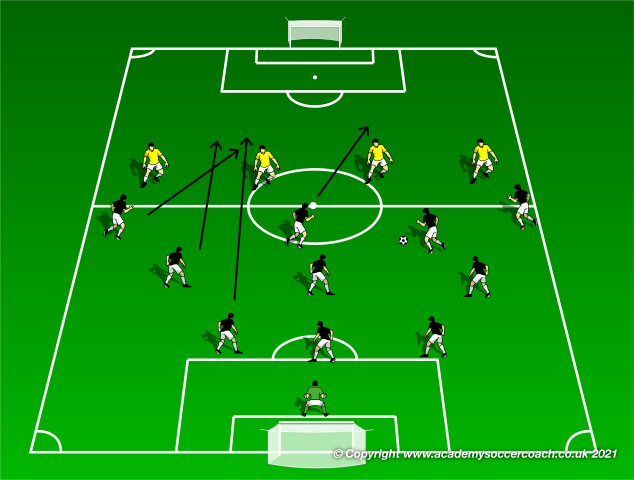 Both formations work under the concept of the defense must keep their head on a swivel, they may be enticed to move forward because of the lack of attacking depth provided by the formations, but that can turn into a deadly mistake at any minute as a winger or CDM runs forward into the empty space without any fear that the team will be compromised defensively. Neither are systems that would work for everyone, but if your team struggles to find someone to fill that #9 role they are interesting solutions to the problem, rather than simply shoehorning a player into a role they don’t excel at.