The 3-2-4-1 isn’t a common formation that is played, and definitely requires a certain personnel group to play it, but it does provide a way to include two true center defensive midfielders into a line up while providing flexibility and the opportunity to interchange positions with adequate cover across the pitch. It also can fit differing styles of play with the positioning of the wingers. If they sit lower during the defensive phase of play it can be styled as a counter-attacking system, while if pushed higher they can be used to put pressure on the opposition and allow for a more possession based style. 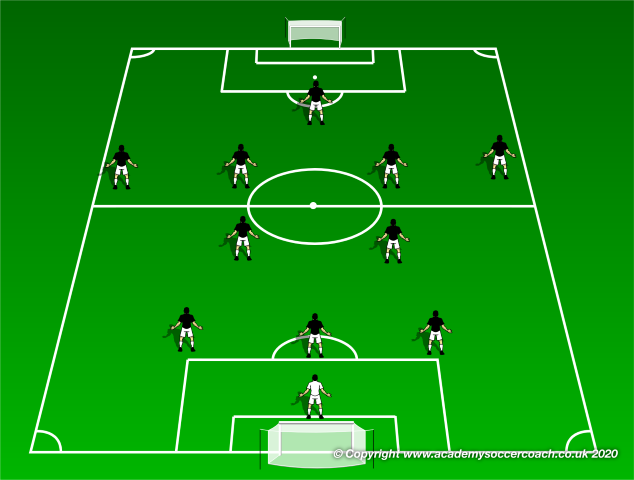 Attacking Triangles
The first thing to recognize in this formation is the attacking options that are available and the amount of triangles that are naturally formed. Wingers on the ball always have two midfielders available for short passes, and then a negative pass to the center back or forward pass to a striker. If the winger switches the field they are doing so into a another triangle. When playing out the back the center back can either play to the left full back and create a triangle with the left sided CDM, or do the same on the right. They also can rotate with one of the fullbacks moving forward and CDM sliding back into the defensive line, while still retaining a pivot player in the middle of the field. The attacking midfielders also form a triangle with the striker so they can play passing patterns, but also rotate or “flip the triangle” to create dangerous attacking movements. 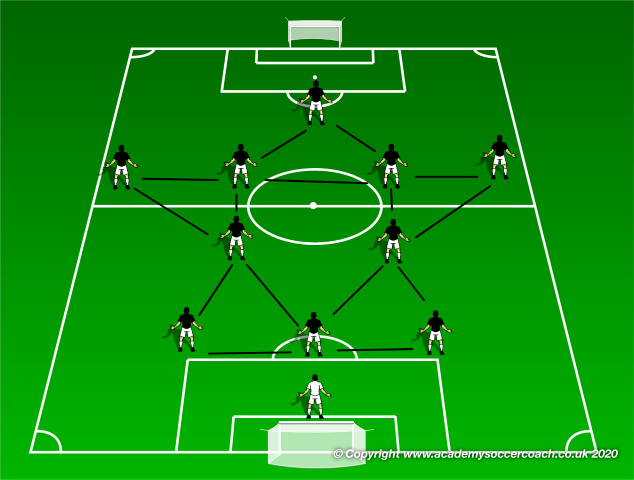 Defensive Shifts
The triangles that make this such a fluid formation in the attack also aid with the defensive structure. If the ball is played through the middle the box formed by the four central midfielders creates a formidable defensive structure so opposition players will likely attempt to exploit what would look like to be the formation's obvious weak spot: the wings. The two defensive midfielders are able to neutralize this by having one of them slide out wide to address the issue and provide cover for the winger and the other stay central providing balance, as well as an outlet to switch the point of attack if the ball is one. These midfield triangles have the ability to operate as small defensive units on the field operating to react to challenges from the opposition, while the back line then is held in reserve to utilize their numbers to plug any gaps that are left by the positioning of the triangles or to provide cover if the triangle is beaten. 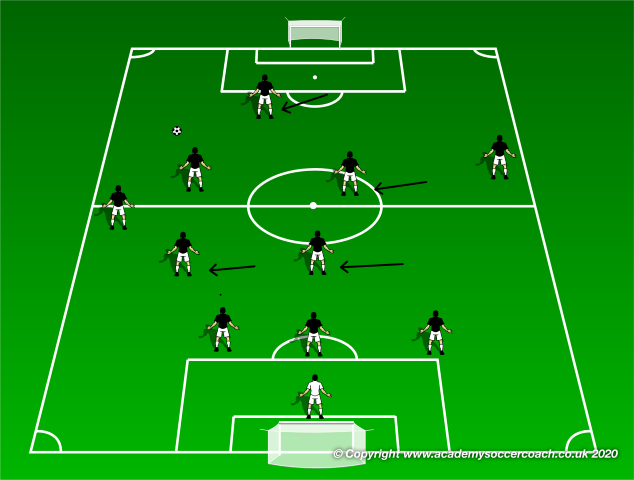