While width is consistently listed in books, interviews, and coaching courses as an integral part of the attacking game, the negatives of width are rarely discussed. Yes, it can spread the defense and open up holes in the opposition, which is clearly an advantage in the attacking phase, but the concept of width contradicts the defensive concept of compactness, especially when in transition. The more width provided the more difficult it is in transition to find compactness leading to teams playing in this style being vulnerable to teams that can hit them with lightning-quick counterattacks. 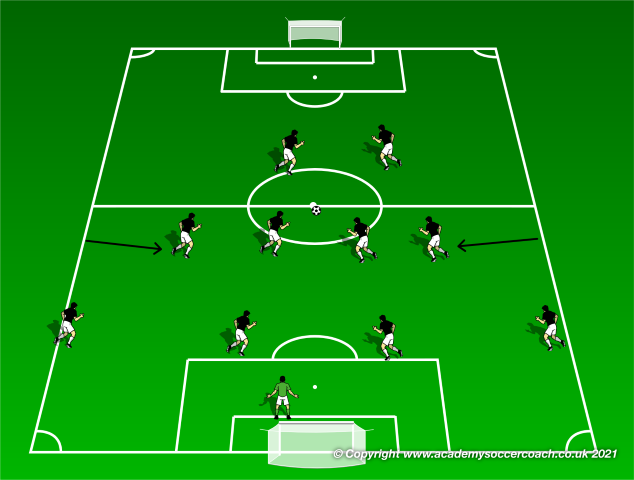 The counter-point to this argument is the difficulty, that playing compact offensively, entails. Playing compact means that the defensive side can be more comfortable playing compact themselves, which means the attacking team needs to be extremely adept in short passing technically and tactically. The support players need to provide forward, sideway, and negative options consistently, and then utilize these passing lanes with crisp passes to the half-turn, and then the receiving players need to have the technical skills to utilize their first touch into space and win the inevitable 1v1 duels that come with playing in tight spaces; 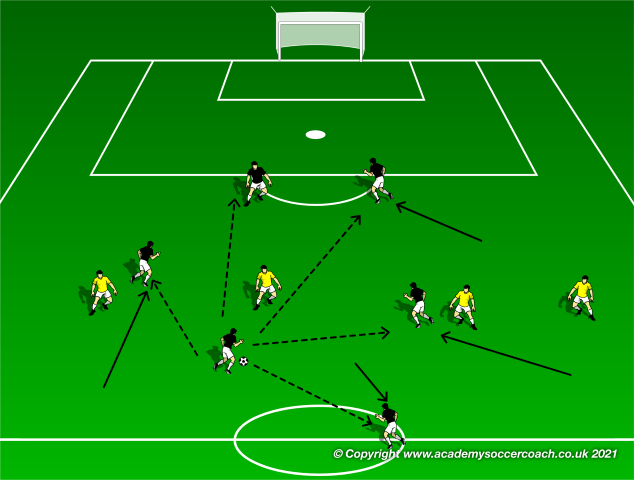 With the defense playing so compact the pressure/cover roles can become blurred. Defenses will have limited time to decide who will play which role which can lead to players overcommitting. This is where the compact play can pull the defenses apart. This is where the tactical knowledge becomes key as the gaps that are created must be exploited quickly before the opposition is able to register their mistake or make the appropriate adjustments to cover for the over-commitment. In the diagram below it shows how two midfielders unsure of their roles over commit to the midfielder on the ball leaving space for the through ball to break the line. 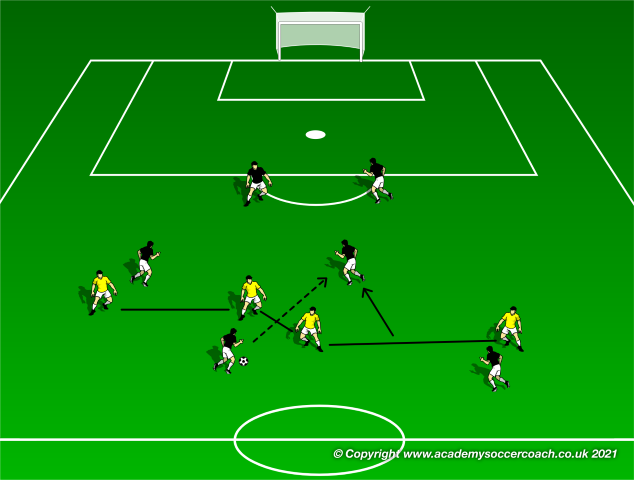