The 4-2-2-2 System that has been showing up with much more frequency in the past few years, and with its rising popularity, we will look at some different ways the system can be utilized, starting with some of the personnel requirements to play it effectively. 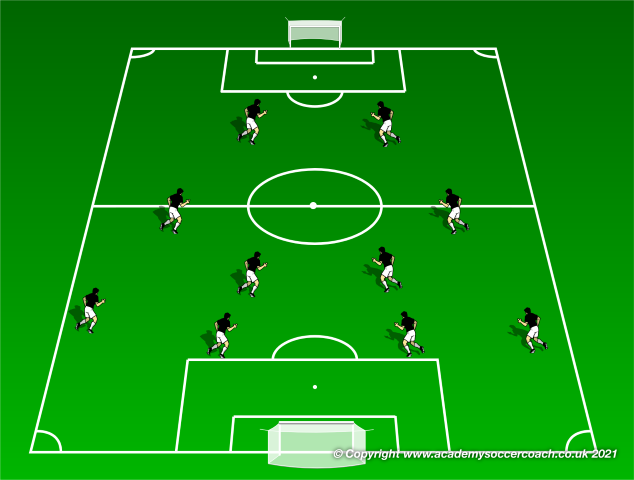 To start the bedrock of the 4-2-2-2 is the first set of twos, Since there is now 10 in the formation, or at least no true 10, the system requires two strong defensive midfielders, with at least one of them who can move forward into space and attack the opposition on defense, or distribute well. Next wingers who can stay wide and attack the space going forward since there will not initially be numbers in the midfield in front of the CDMs. Finally the forwards skill set can vary, but likely you will want at least one of the forwards with the ability to drop into the midfield as a false nine when necessary. 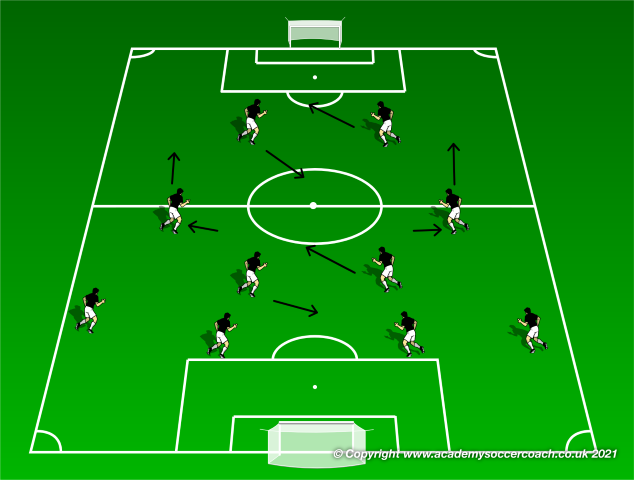 If you want to play the the 4-2-2-2 as a counter attacking formation it suits this style well. With two strong CDMs, a back line of four, and wingers who can drop in to help it provides a solid defensive block, and then at least one CDM, both wingers can be utilized to spring the counter trap, all the while keeping two forwards high to push the depth and give a more direct option. 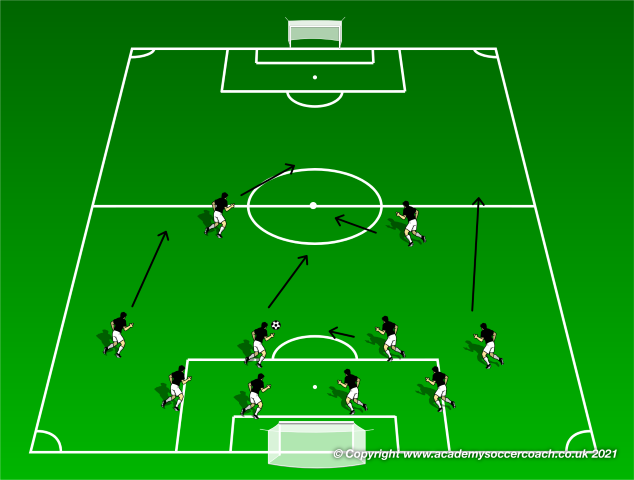 To play a more possession-based game the width of the wingers will open up the opposition's midfield sufficiently for gaps to be exploited by either the CDMS or the forwards. When the ball goes out wide the system provides options for either of these groups to slide into the vacated space or blind spots as the defense shifts to the ball side. If the CDM moves forward they turn the formation into a 4-1-3-2 and have the options of playing a 1-2 with the winger, swinging the ball either directly to the opposite winger or via the. CDM, all the while retaining the option of playing direct over the top to the forwards, or to their feet to let them create attacks via combinations. 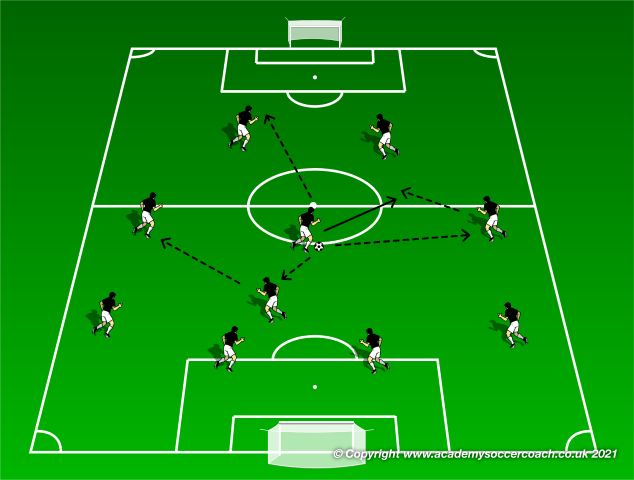 If one of the forwards drop in the formation turns into a traditional 4-2-3-1 with a triangle midfield to work with, wingers, and a forward to play off of, or over the top. 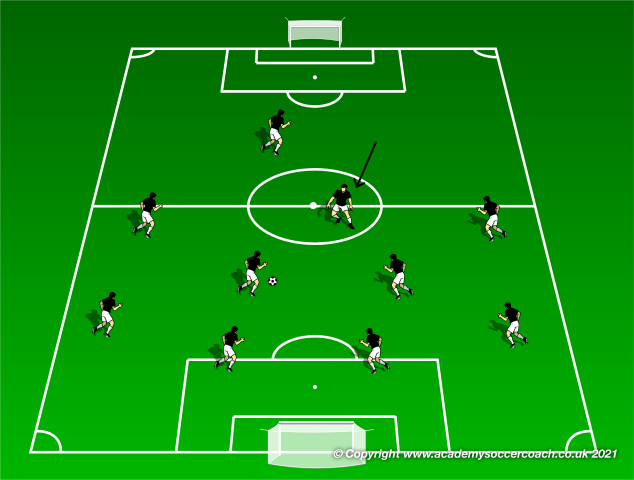 Ultimately, just as any system, the 4-2-2-2 provides flexibility and these decisions should come down to personal preference or personnel.