Playing Out with the Goalkeeper

The modern goalkeeper is required to use their feet almost more often than their hands. Players like Manuel Neuer (Bayern Munich FC and German National Team) and Hope Solo (Seattle Reign and US Women’s National Team), whose stories involve relatively late changes in position to playing as a goalkeeper made their ability to play with their feet seem almost natural. On the opposite side we see fantastic shot stoppers like Simon Mignolet, who plays for Liverpool FC in England, come under immense criticism for his relative short comings playing with his feet.

The skills they use to help their team to play out of the back are things that we can train. We want to try to replicate situations they might see in the game. One of these examples is when the goalkeeper is asked to swing the ball from side to side. Our defenders in front of us are under pressure, we want our team mates to be able to be comfortable playing the ball back to us so that we can get to the other side of the field. We must be able to accomplish this task. Below is an exercise progression that will look to train this skill across multiple distances.

Prior to beginning this exercise we would want to do a warm up for both our goalkeeper’s hands and feet.

The first part of the exercise will have a pass of about 15 meters. 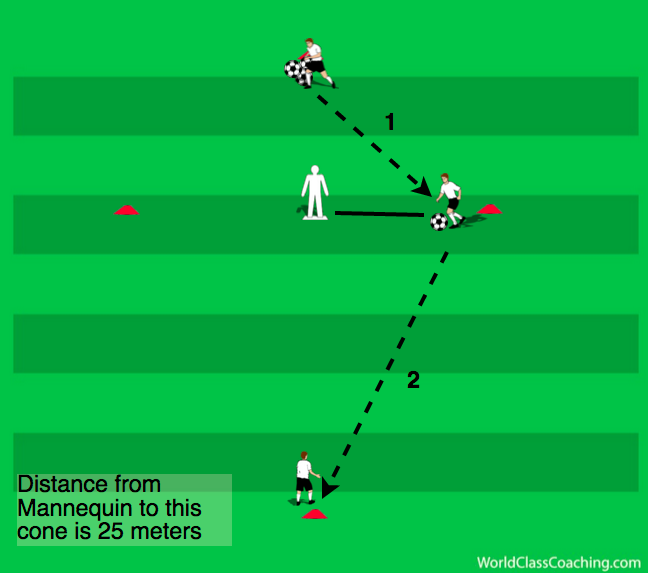 The second part of the exercise asks the goalkeeper to do the same thing as before, but we will be hitting the ball across 25 meters. 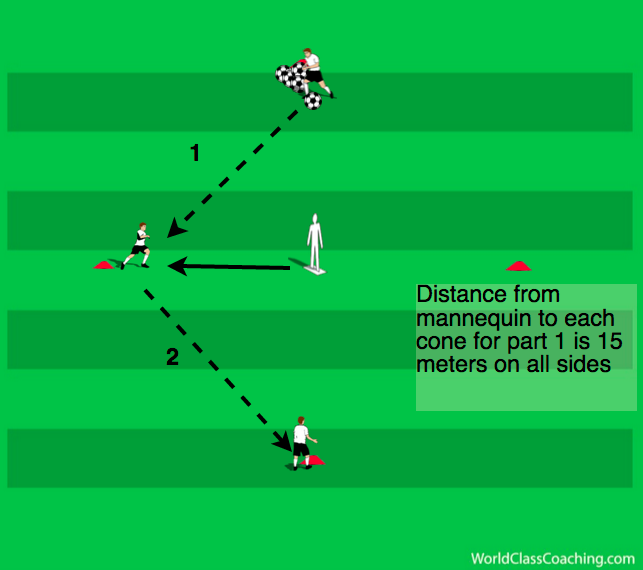 Lastly we get to the main portion of the exercise, which adds an element of shot stopping. 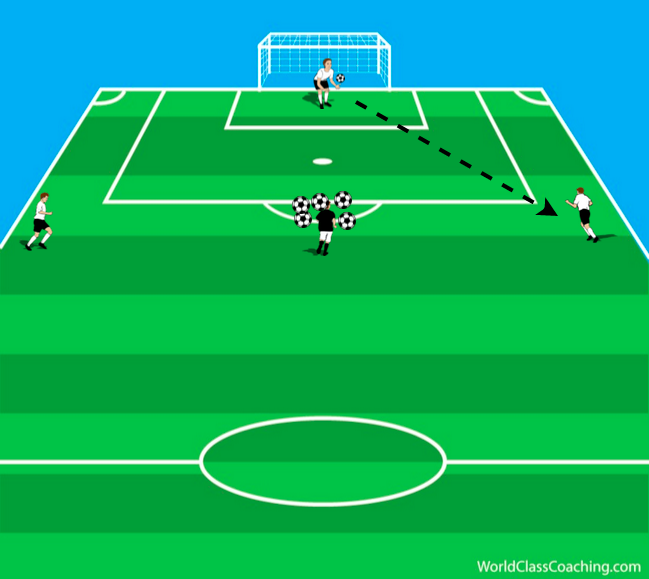 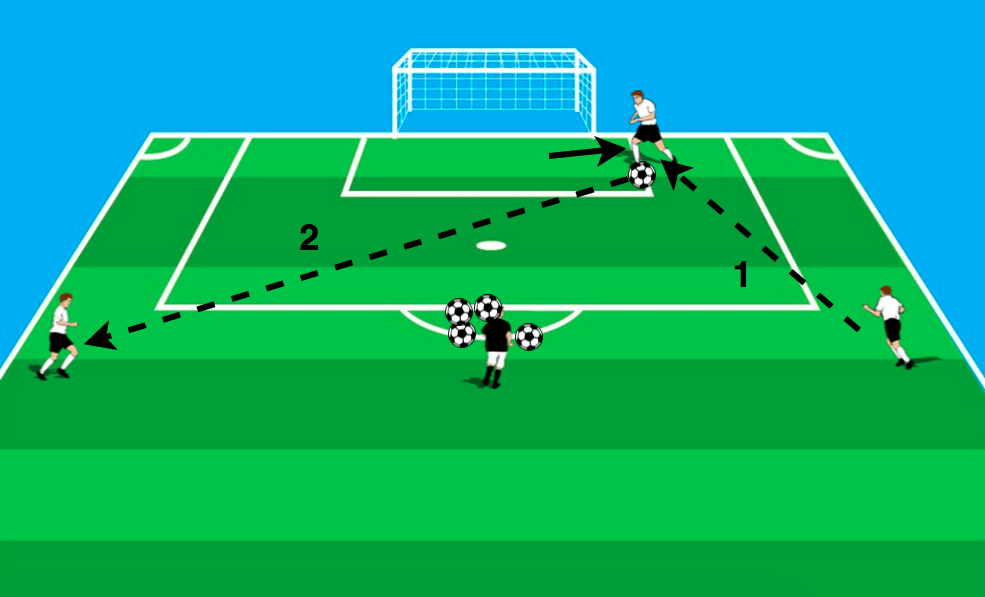 You can have goalkeeper play passes into a player’s run by asking the players in the wide area make a run down the line. Or you can add an element of choice by giving them a chance to make a run or show their feet.