The following practice includes a simple 2v1 scenario with an overlap run. This is realistic and relevant picture which happens all over the pitch, from full back overlapping winger to central midfielder overlapping the striker. From the conditioning point of view, the practice develops explosive power which is the foundation to improve the quality of actions. In other words, perform with more speed and strength what might be the key to create advantage during the game. The practice also includes the elements of runs off the ball as well as combination play and finishing.

Organise one goal and three cones in front of the penalty box as shown on the diagram below. Divide the players into two groups – attackers and defenders. First defender’s starting position is on the nearest cone to the goal. First two attackers occupy the other two cones, one player without the ball (closer to the goal) and one with the ball (further away from the goal). Goalkeeper should be set and ready in goal. 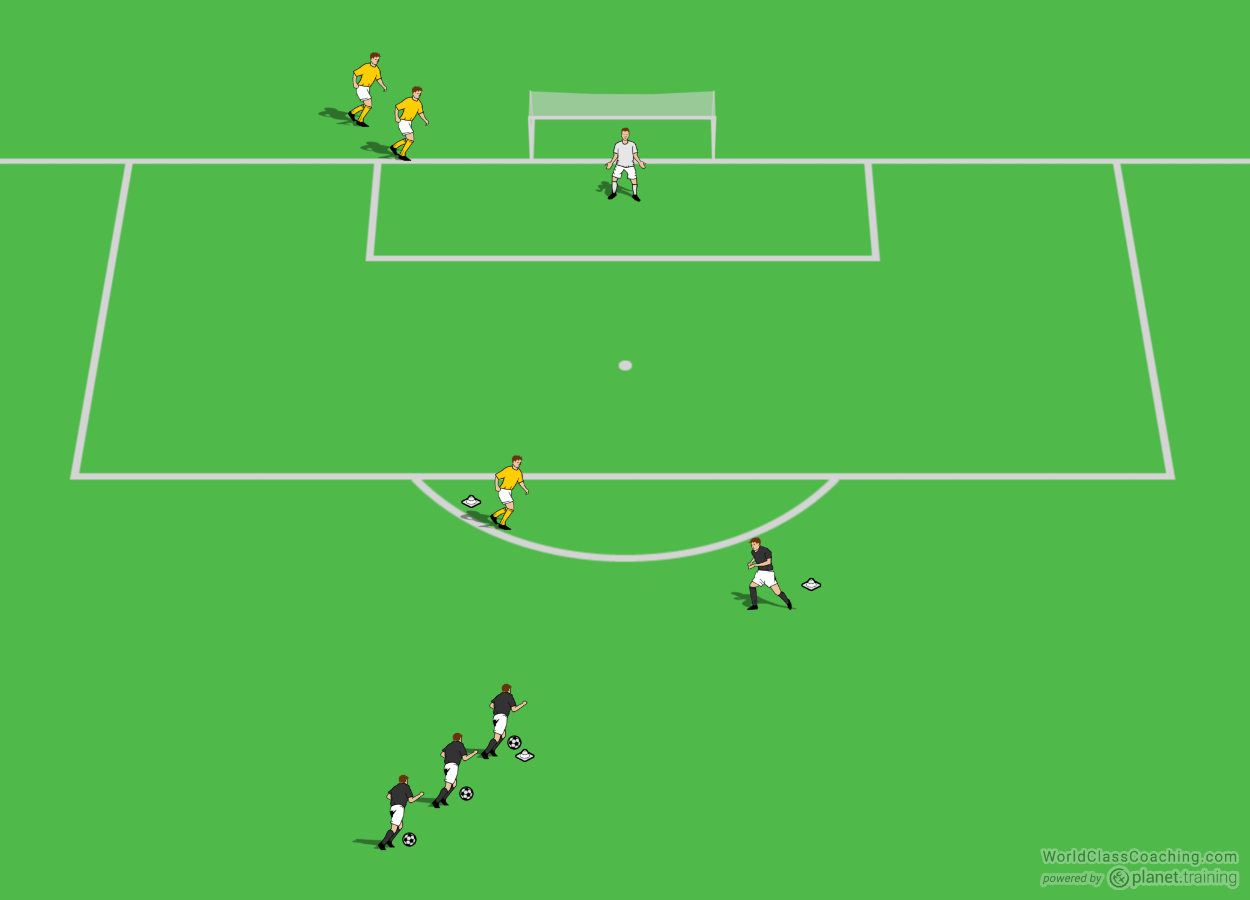 The practice starts with an attacker on the ball passing to the second attacker positioned on the angle. Good quality of pass as well as communication is crucial to make it work. 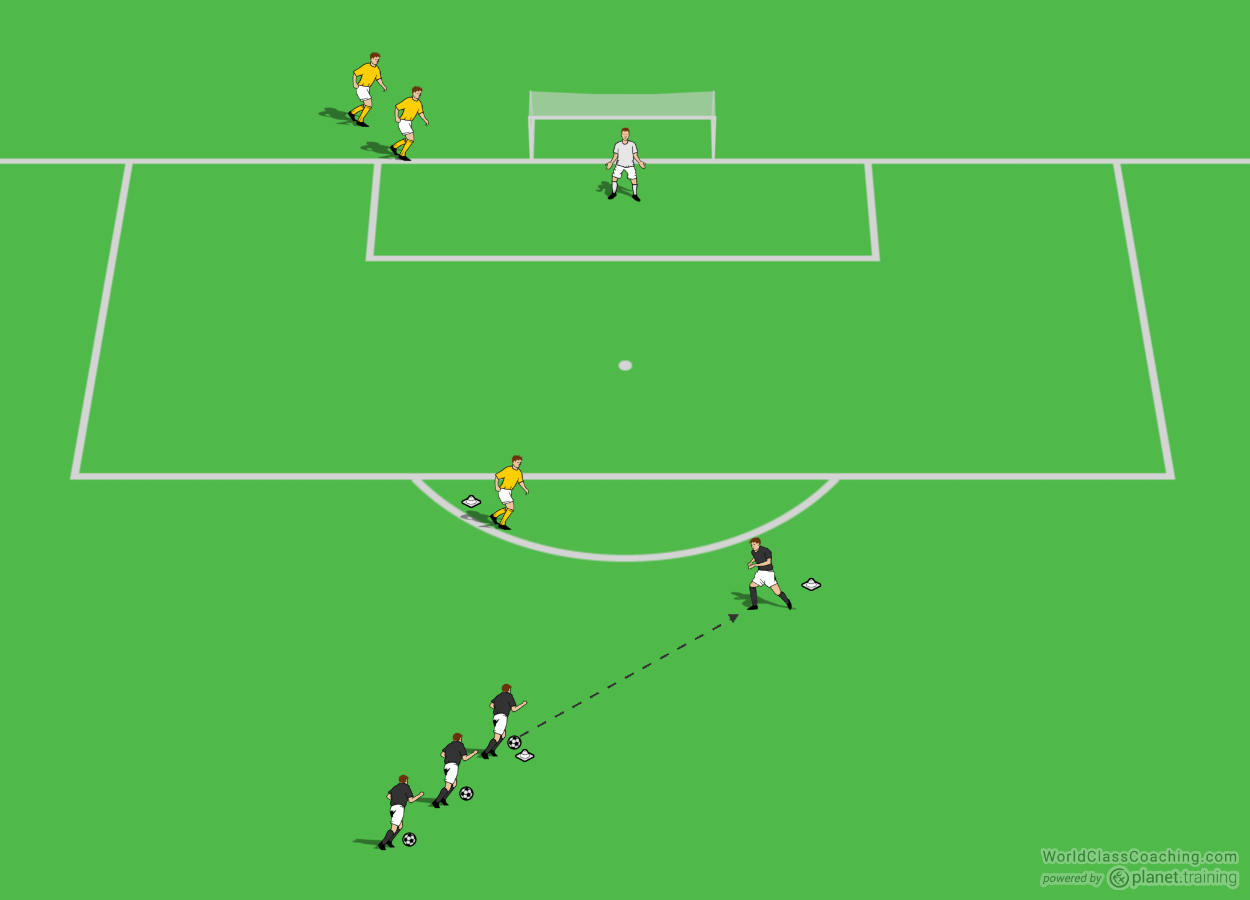 As soon as the pass is made, the attacker that has played the ball should immediately make an overlapping run. This should be performed at a maximal pace. Speed of reaction to start the run as the ball is still on the way to the second attacker is the emphasis. 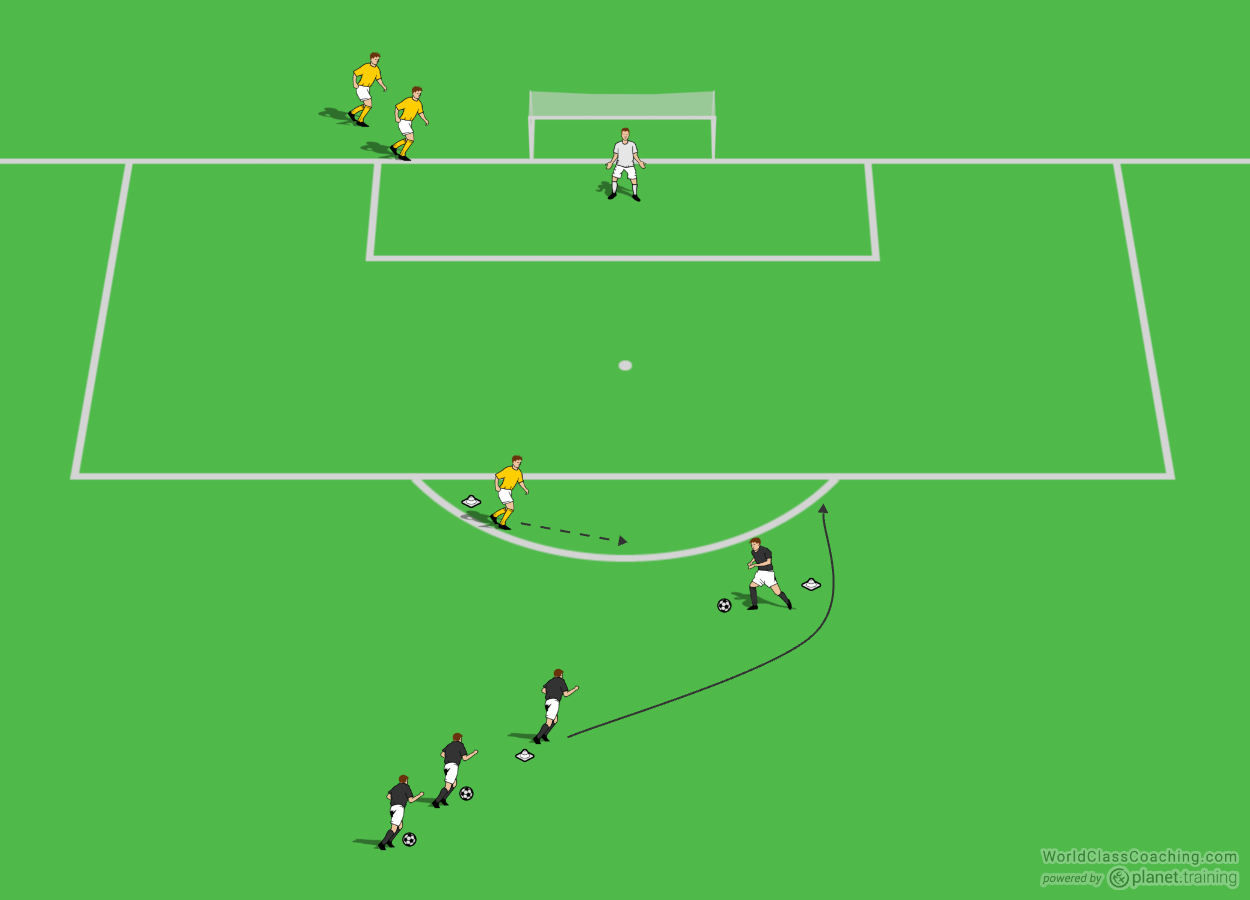 The practice continues as a 2v1 situation. The aim for the attackers is to score in a big goal. If the defender gets the ball back, he needs to pass it into the next attacker waiting or dribble into the triangle made up with three cones. 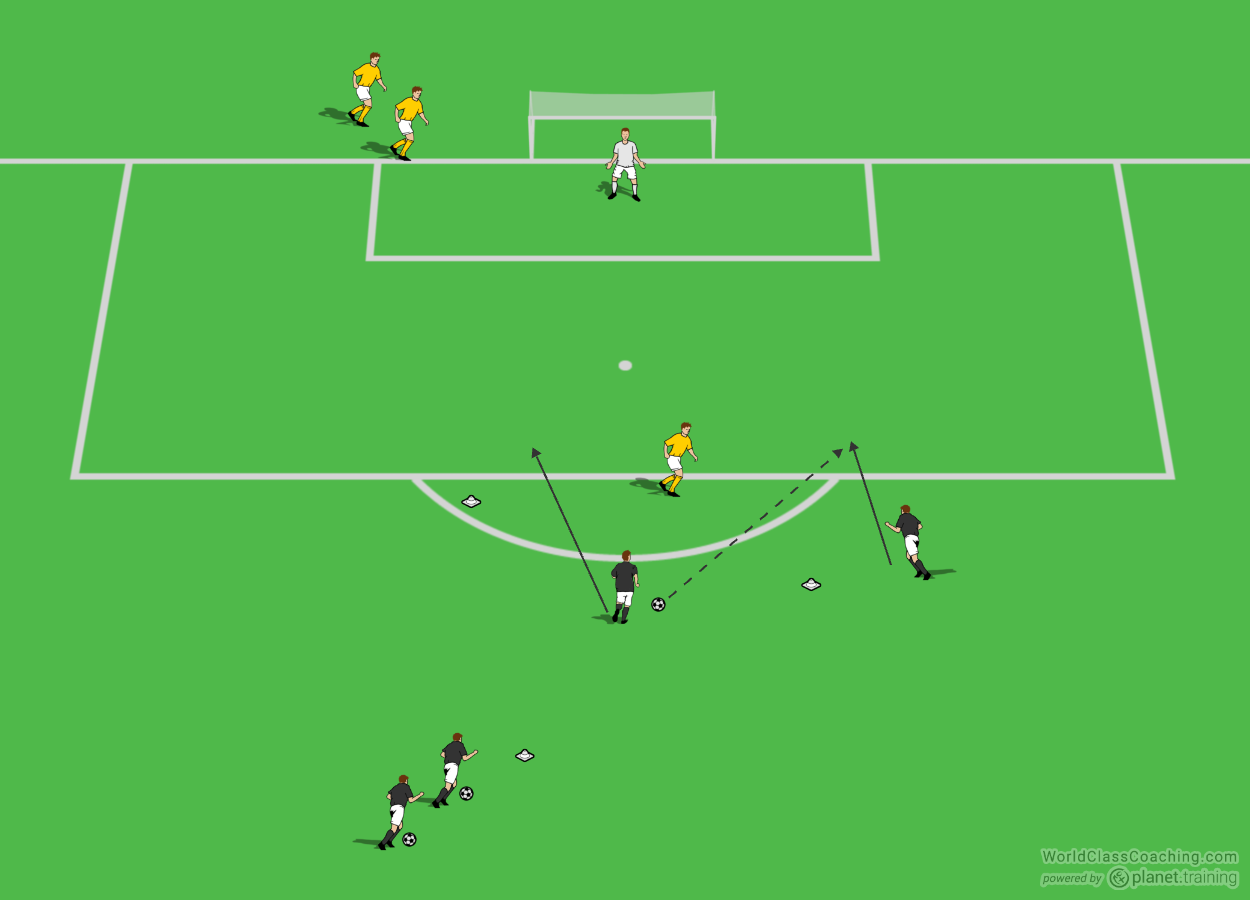 As soon as one group finishes, second one should be ready to go. Attackers and defenders should rotate after set period by the coach. Competition can be made between two groups to increase motivation. 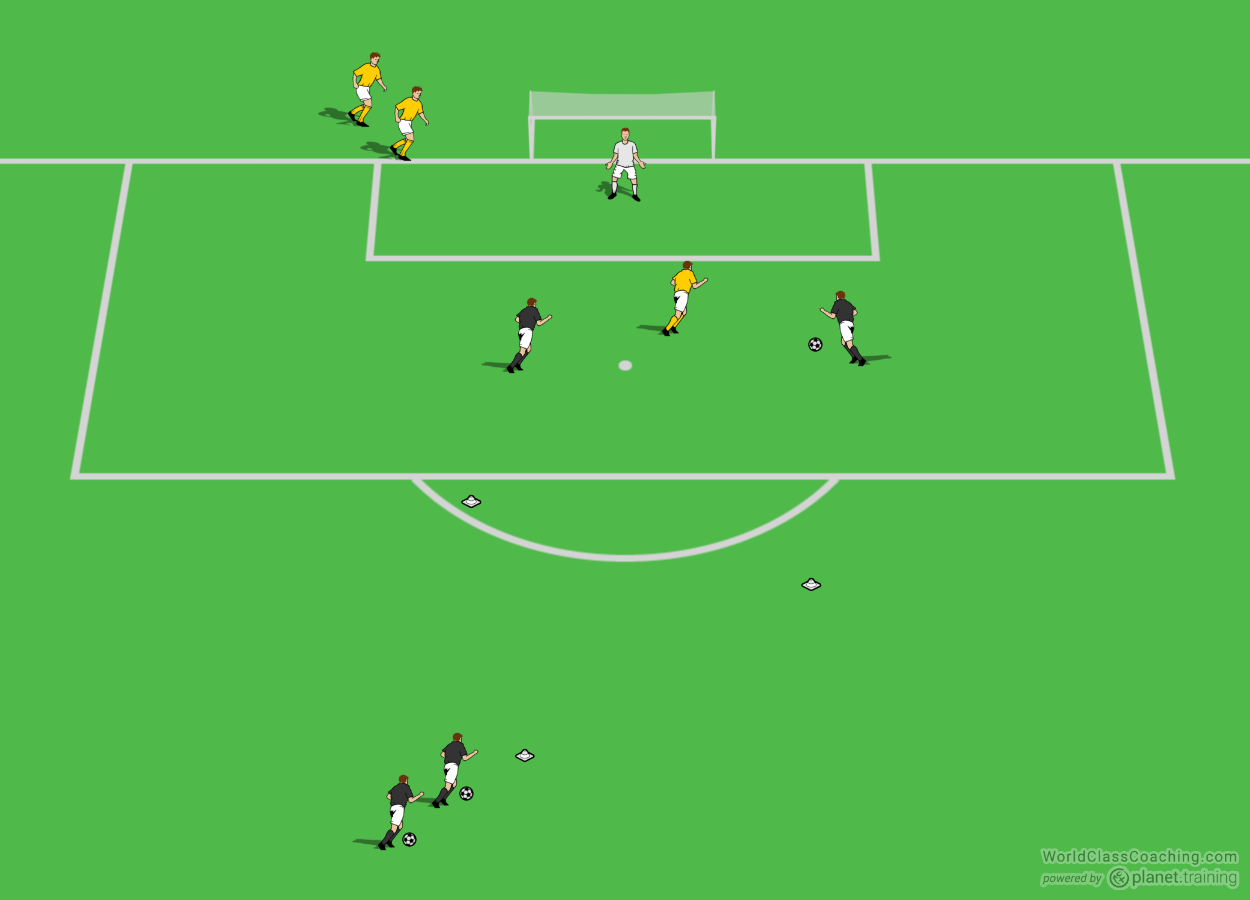 Each 2 v 1 situation should last no longer than 6 seconds. Every player from the group should have 4-6 repetitions in 1-2 series. The rest between repetitions should be 1 minute and between series – 4 minutes.