I love this idea of the negative pass! Some player passes to someone behind him. The opposition runs forward to press for the ball. They leave space behind… BOOM! Sucker punch them with a through ball and a free path to their goal!

Oh, what is the sucker punch? Let’s quote Pep Guardiola:

“In all team sports, the secret is to overload one side of the pitch so that the opponent must tilt its own defense to cope. You overload on one side and draw them in so that they leave the other side weak.

And when we've done all that, we attack and score from the other side. That's why you have to pass the ball, but only if you're doing it with a clear intention. It's only to overload the opponent, to draw them in and then to hit them with the sucker punch.”

Let’s learn how to develop this strategy on the training ground?

Warm Up
First step is to work in an unopposed manner on some patterns. Here goes one of many:

In this first pattern we just work on the idea of the wide options dropping immediately to support and build with short passes, switching from one side to another, searching for the best moment to go forward. Set them free to go forward and finish the play!

Be creative and come up with your own patterns. Also recommended to give players the freedom to come up with some patterns of their own. 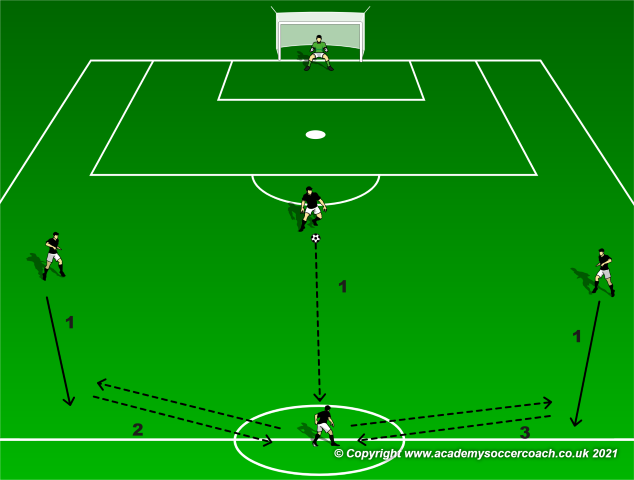 Activity 1
To work on their awareness and perception of opponents reactions, play a 4v2 small-sided game starting with the negative pass to score on a mini-goal.

The idea of playing in a 4v2 is that there will always be one passing option open plus the chance to dribble if the teammates off the ball commit the defenders.

This game will generate a bunch of different scenarios to work on the so called “sucker punch”. 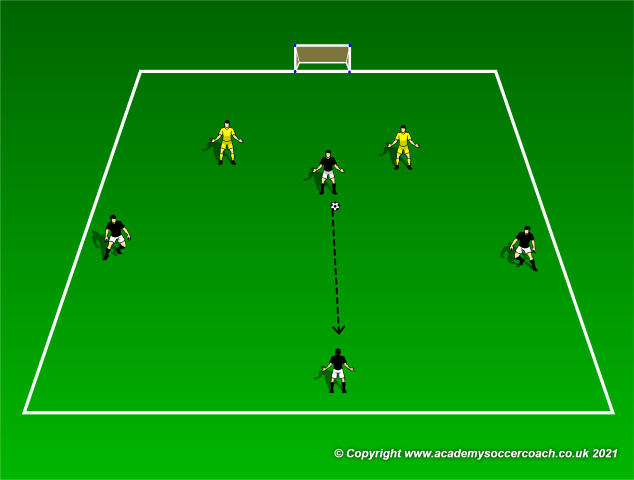 Activity 2
This next activity will be just the evolution in complexity of the activity 1 as we now move on to play in a 5v3. More players = more possibilities = more complexity = more decision making = more problems to solve! 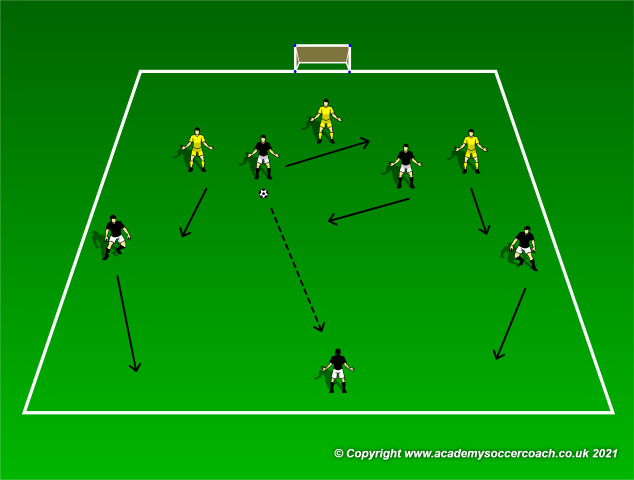 The reduced space and the numerical superiority will encourage the players to treasure possession and build the play reasonably.

Goal scored after a through ball = 3 points 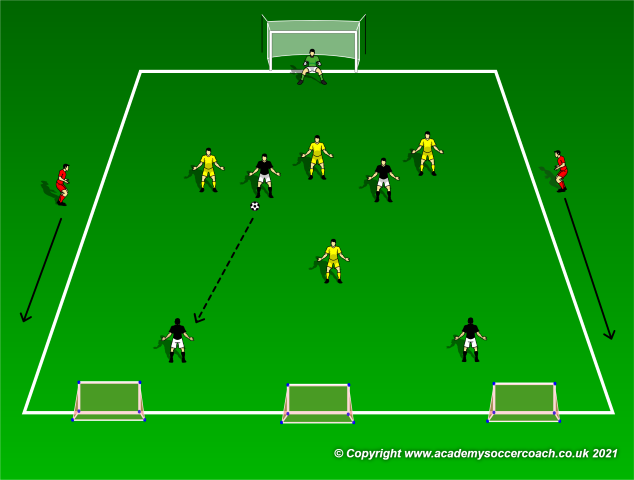