The purpose of this conditioning drill is to simulate in game and experiences of jog and sprint dynamics, as well as maximizing sprint speeds. Start by setting up a cone 5 yards apart, then another cone 10 yards from that, and a fourth and final cone 5 yards from that. The 5 yard areas should be described as “recovery zones” with the 10 yard area defined as the “maximum effort zone” or MEZ. Players start with a slow controlled jog from the first cone in the recovery area to the first cone in the MEZ. Players should be reminding of their running form as well as to focus on their breathe. 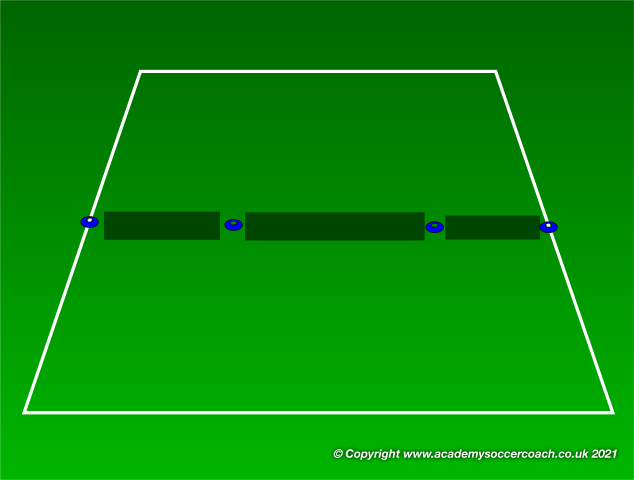 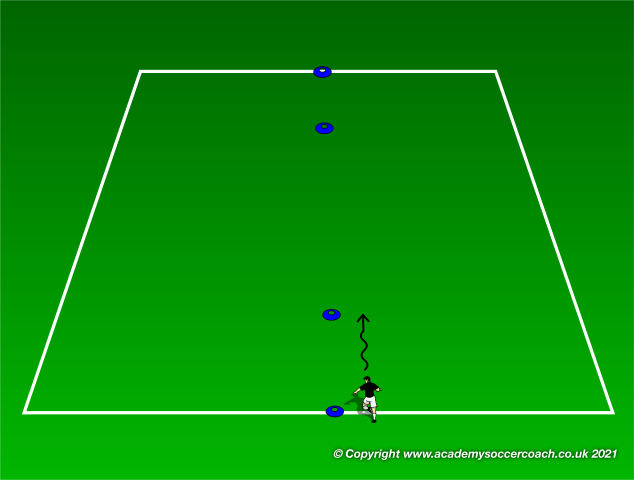 When they reach the MEZ, players should be instructed to drive forward and utilize their upper body to exert maximum effort. They should not look to slow down before they hit the 3rd cone. 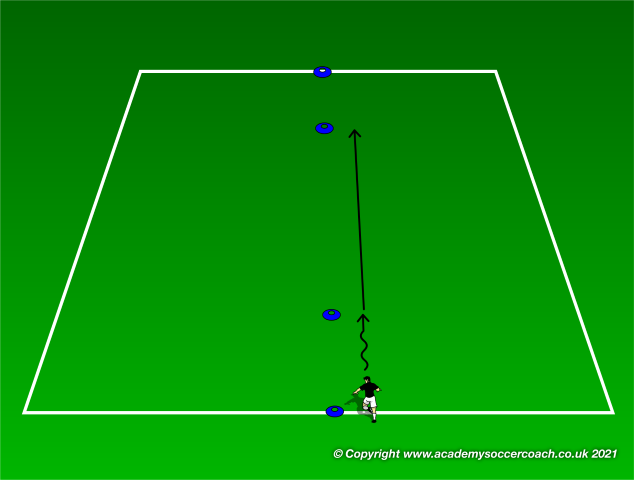 Once players hit the 3rd cone they should chop their feet and immediately begin recovery. They should be instructed to round the 4th cone as slow as they want with the goal of coming back to the MEZ with as normal breathing as possible. Players can focus on slowing their movements down, but also on a number of breathing and mindfulness exercises to aid in recovery. They then repeat everything on the way back the desired number of times. 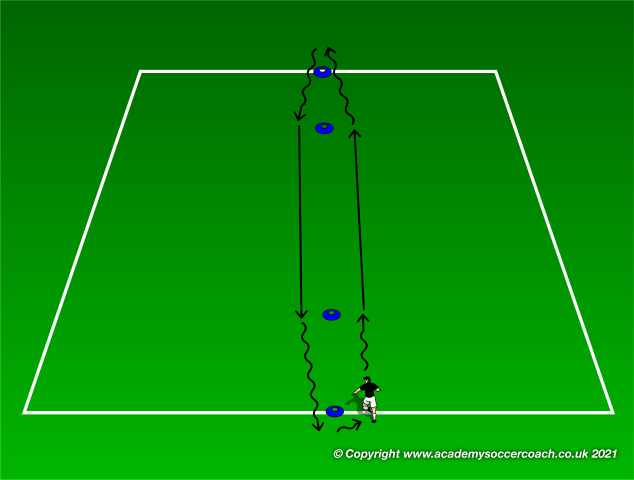 Technical work can be added to the drill with players taking short touches in the recovery zone, and one long touch from the 2nd to 3rd cone in the MEZ. 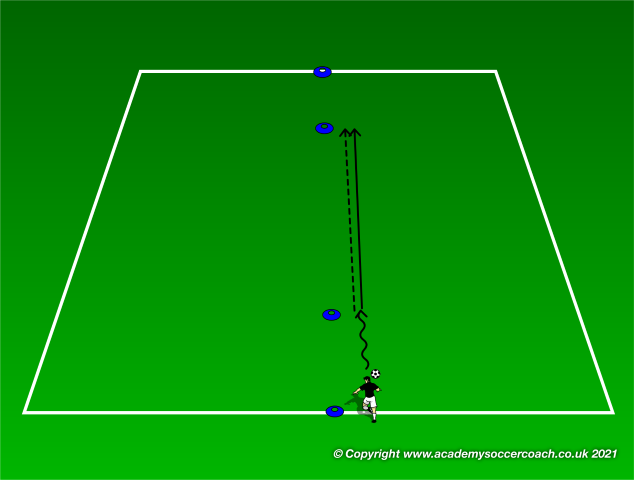