How to Teach Your Players to Delay When Defending

Question - “When defending, my players "dive in" too often and don't win the challenge. What drills can I use to teach my players to delay and be more patient?”

One of my favorite works is the individual defensive skills and tactics. Most people think it’s too hard and challenging but it can actually be quite simple and effective.

Once the defender closed down and got close to the opponent, that’s when they need to (1) SLOW DOWN. Stay on the opponent’s way, “be an obstacle” but don’t dive in yet! Once they slowed down, comes the moment to force the opponent to their weak foot, to a teammates’ direction or away from our goal by staying (2) SIDE ON. Next step is to (3) SIT DOWN. That means lowering gravity center by bending their knees a bit. This will make it easier for the defender to change direction or sprint after the attacker in case of a big touch. Last step is to (4) STEP IN when the attacker gives the chance. The triggers to step in are:

Follow below a simple, effective and fun activity to develop this on your players.

Setup:
In doubles, one ball each double, 20 to 30 yards apart and facing each other. Players on the right will start with the ball. 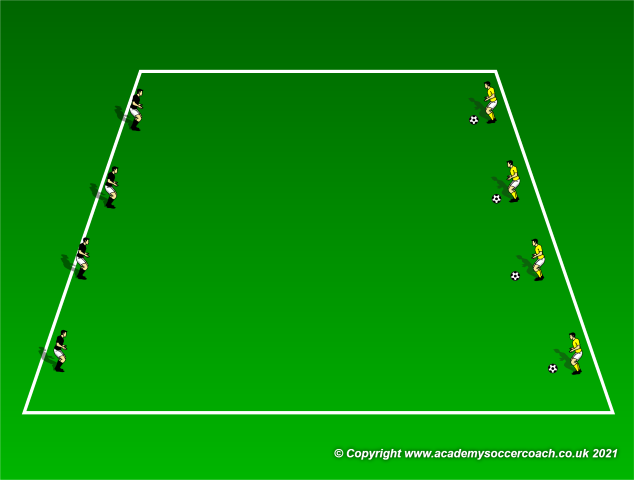 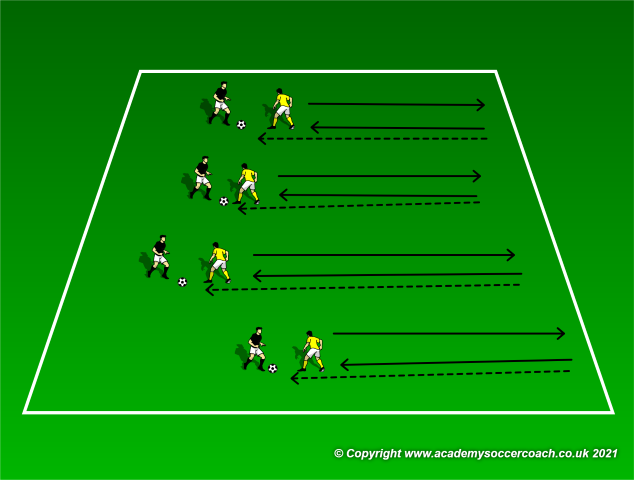 After three rounds, swap players so everyone gets a good number of repetitions no matter what position they usually play.

Next step is to make this a little bit more game realistic. So now, defenders will actually try to win the ball. So, we are going to make it be a 1v1 this time. Set up some 1v1 corridors on the same structure with end scoring zones. The scoring rules is: 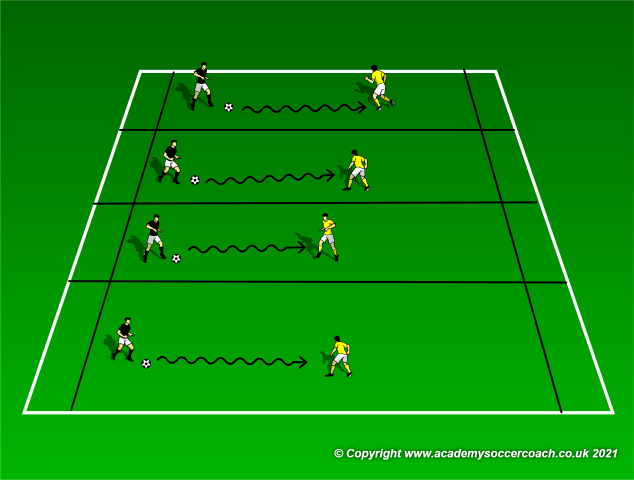 COACHING POINTS:
1. Always emphasize the 4S
2. Game principles: 1st goal of a defender is to avoid getting scored on. 2nd goal is to stop progression. 3rd is to win the ball.
3. Attention to the triggers to step in

VARIATIONS
- Split the corridor into two halves. Defender can go into opponent’s zone but can only win the ball when attacker storms into his half.
- 2v1