Pep Guardiola’s teams have been hailed as, to his annoyance, “tiki-taka” based teams. Teams that string together a million passes until they wear down the opposition into making a catastrophic mistake and then use that possession to exploit it. While Manchester City can play games where they can keep their possession stats in the 70-80% range, I think purely calling them a possession-based team is unfair, as evidenced by their first two goals against Newcastle United on 7/8/20 (they ended up scoring four total). Both goals were scored the same exact way, through ball to the the endline, hard and low pass back, easy finish. This is the way a great number of City’s goals are scored, but the process they took to reach those goals were vastly different.

The blueprint for most of Manchester City’s goals under Pep Guardiola: 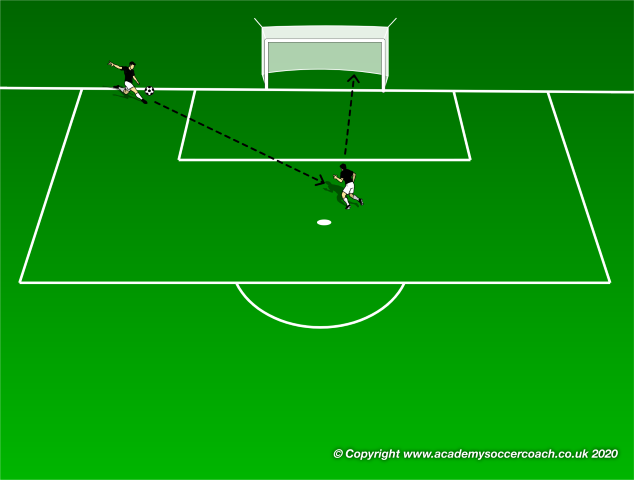 Goal # 1 10’ David Silva to Gabriel Jesus
This goal was the result of a 9 pass combination, and would have been more if it were not for a brief deflection by a Newcastle player. Newcastle dropped off and chose not to press, as they have in their last few matches, and City used the space to build from the back. They probed the right wing, where it was deflected, played back through the centerbacks, probed the left wing, then switched back through the right side of the field using their 6 as a pivot. The 6 then drove with the ball drawing the midfield and the defensive lines of Newcastle too compact. This was caused by the constant shifting of the ball in possession, the more a defense has to move as a unit the more likely they are to make a mistake. The 6 recognized this who played a ball out to the 11. As Newcastle attempted to shift back to their right they left a gap for David Silva to make a forward run to the end line. The 11 played him through and Silva immediately got his hips around and slotted a low hard pass back to Gabriel Jesus who easily slotted home into the unguarded back post of Newcastle’s goalmouth. 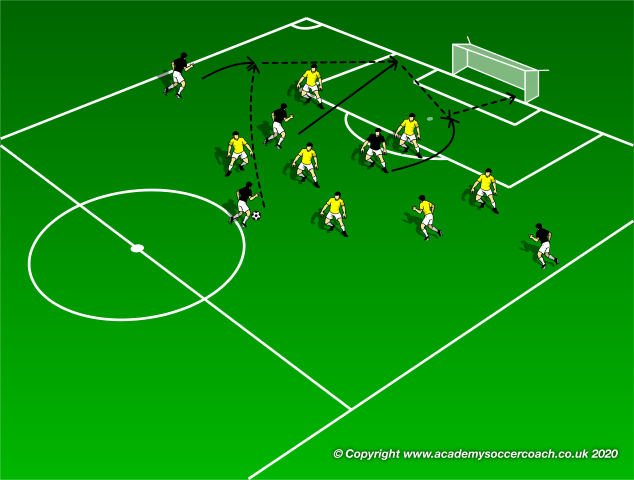 Goal #2 21’ Kevin De Bruyne to Riyhad Mahrez
While goal #1 was the stereotypical City goal, goal #2 showed the diversity that can be found in their style of play. The end result is the same, backpass from end line to a tap in, but the build up looks very similar to a Liverpool style goal. City press high up to attempt to disrupt Newcastle’s build up play. Newcastle are able to get a ball out wide to a winger sitting low in their own half. City pin him against the sideline and force a bad pass that is then picked up. What is striking here is that they are able to find themselves in the exact same position as the first goal, despite the build up play being completely different and with different personnel. Once the ball is one it is played wide to the 11, through ball to Kevin De Bruyne to the end line and a low hard back pass for a tap-in finish for Riyahd Mahrez. 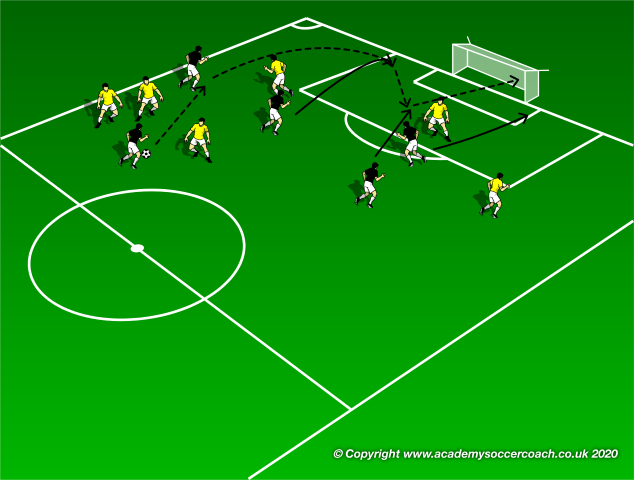