Area Size: Full width and half field of length

Setup:
Two lines of four defenders face each other in a 40-yard gap in functional back third. 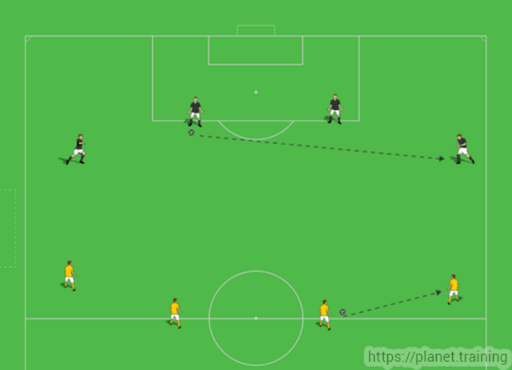 Execution:
Ball is passed from members of the same line and on coaches command the ball is passed to the other line. The movement of the players must shift as the ball in in possession depending on the tactical choices of the coach. Both groups should be moving a ball at the same time.

Variations:
Have two balls going and number the players by position. Coach calls pass to player number and on whistle the ball is moved to the opposite line. 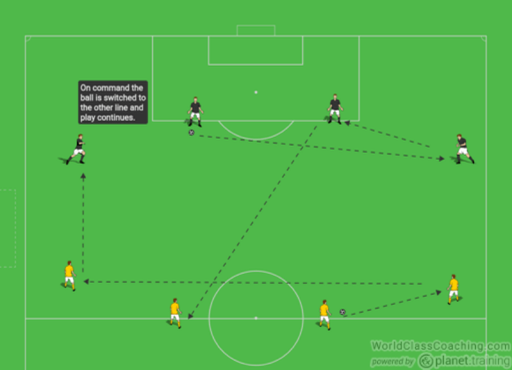 Coach can number the players rather than allowing use of names to elicit thinking and decision making. 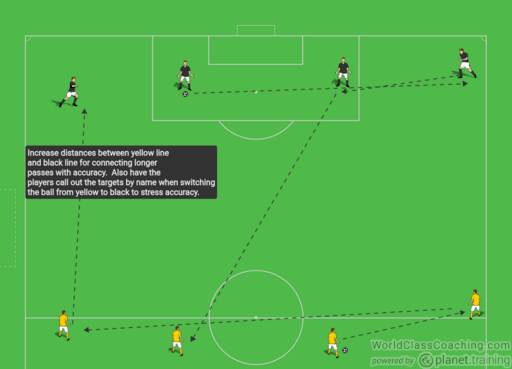 Increase distances between the two groups of four defenders in order to work on clearing distances.