Welcome to the FineSoccer Drills Newsletter. Today’s featured activity works on crisp, hard passes on the ground and receiving the same type of passes.

In a grid 12 x 6 with a midfield line, there are two groups of 2 players. Each group is on one side. 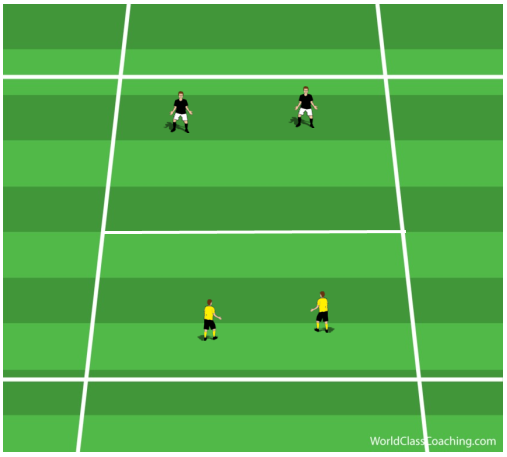 One team starts with a ball and makes a crisp hard pass, on the ground, to a player on the other team. 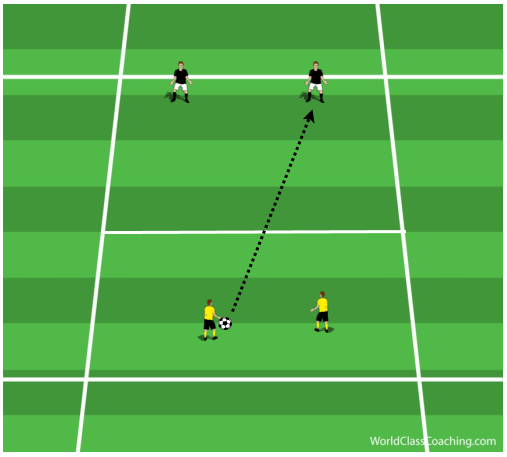 The player receiving the ball must one touch the ball to his teammate. 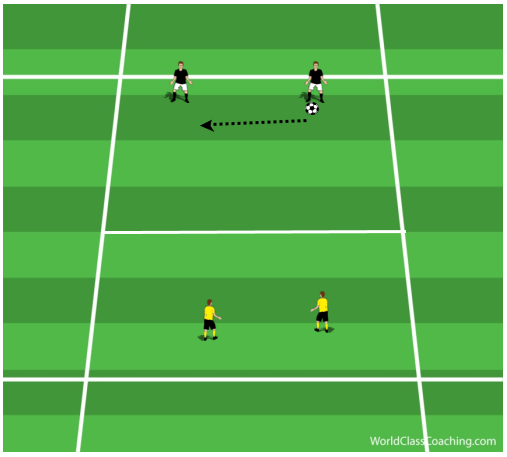 The player receiving this one touch must one touch the ball, on the ground, to the other team. 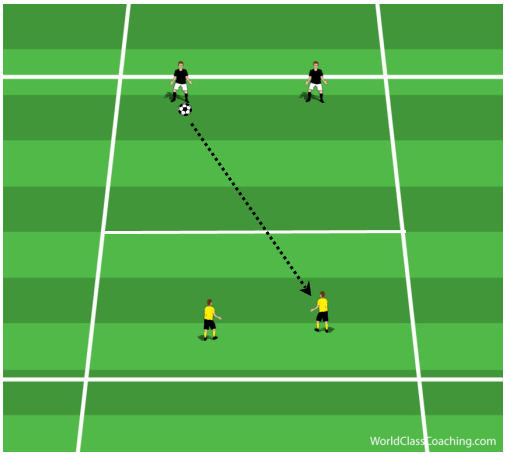 The first team to get 10 points wins.

This game is trying to get the players to pass accurately, crisply, on the ground and receive balls properly.